Eldest Souls is a soulslike game that uses elements of the genre to give you a merciless experience perfect for those who don’t mind dying dozens of times until finally winning a fight. It’s so hard, that it even keeps track of the number of times you die, but don’t ask us for our final death count as we are too embarrassed to share it. The sheer satisfaction of learning an enemy’s moves and finally beating them will keep you coming back for more, and its brutal difficulty is perfect for masochists who love boss battles.

Boss-rush your way to win

Essentially a boss-rush game, your playthrough of Eldest Souls will put you up against 10 bosses that come with their own unique set of challenges and attacks to overcome. What’s great about its combat system is that it features simple controls but lets you utilize them in ways that work for you during a fight. You can perform a light attack, charge it to do extra damage, and dodge in whichever direction to avoid damage and gain some invincibility in the process. 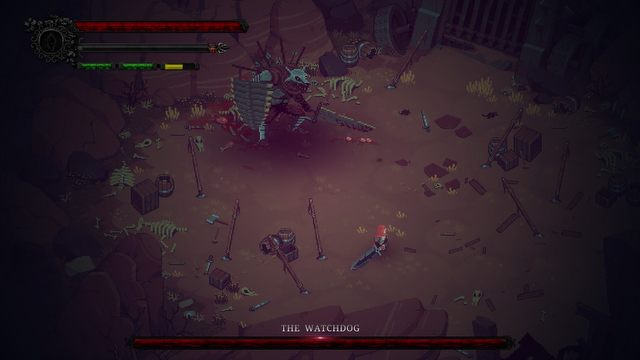 Its controls are straightforward, but boss attacks are not so chances are you will die a lot. In fact, your first few tries will feel like practice runs as you memorize these attack patterns to know how to counter or exploit them to your advantage. And because each one feels very different from the other, battles also become a test of your skill that forces you to think on your feet and perform the best actions needed to survive and win.

Your charge attack also triggers a Bloodthirst meter that lets you hit harder and heal yourself per hit for a limited amount of time. Using this is crucial when you are low on health, and because there is no other way to heal, it is also your only way to survive a fight which can last a few minutes. You can also stop this meter and unleash a powerful Bloodburst attack that does extra damage so knowing when to use each move is key. 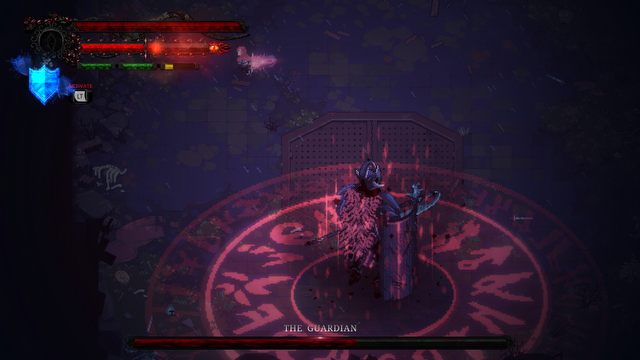 Defeating a boss grants you a skill point and their boss shard which unlock special skill trees that focus on speed, attack, and defense and unlock special effects for your Bloodburst. This allows you to outfit your hero with the abilities you think you need during a specific battle such as one that lets you recover health from a dodge, one that lets you unleash damage you take, or buffs that simply amplify how much damage you do per hit. What’s great about this customization is that you can, and should, re-assign your skills as many times as you want until you find a combination that works for you. 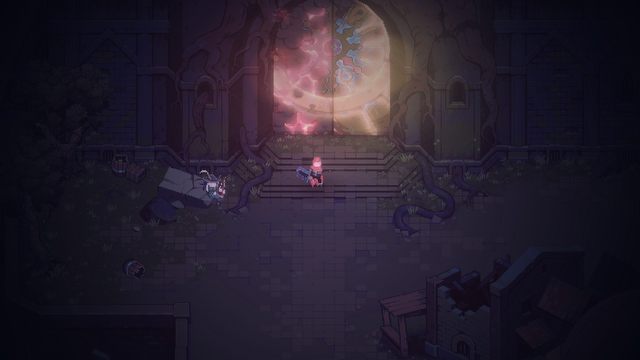 But because there are no other enemies to battle or experience to gain outside these boss fights, you will end up having to fight a boss multiple, multiple times until you find the right formula that works for you. Sure, that’s the nature of a soulslike, but these battles can get frustrating at times after you’ve tried every different combination possible and still end up losing.

This can lead you feeling defeated at times knowing that there is nothing you can physically do to get stronger – just better – and these feelings resurface after every fight. You will feel great when you win, but then realize you have another fight to prepare for that could, and will, feel just as hard as the last one you beat. 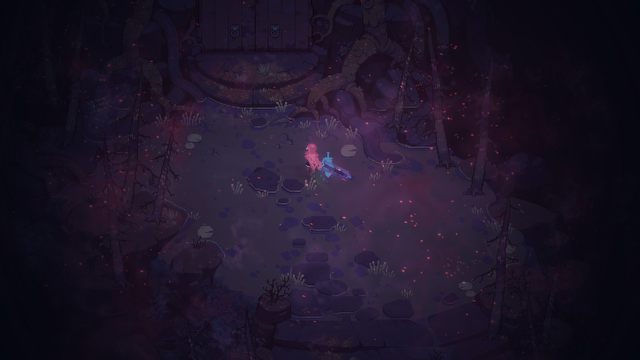 There is also not much going on in the game besides visiting a boss’s lair and beating them up. The world you travel through is barren and holds only a handful of NPCs that will ask you deliver them specific items you will get as you travel to the next boss area so calling them “quests” seems wrong. Your rewards grant you stat-buff items and the occasional lore giving you some insight as to why these powerful gods must be defeated. If you’re looking for a rich story, you definitely won’t find it here. 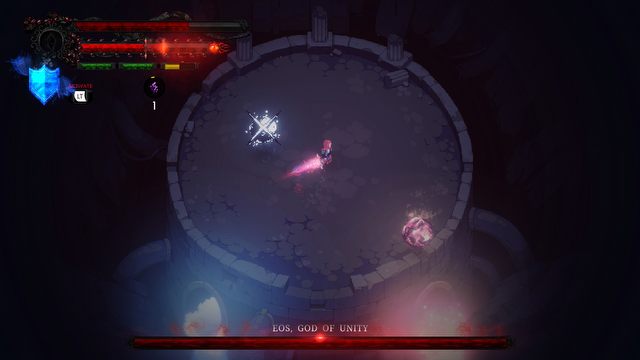 Its setting, however, is filled with detail and you will enjoy walking through ruined towns, dark citadels, and forests to find the next battle. And while we’ve seen its pixelated visuals before, you can definitely appreciate the time it took to design each unique boss and give them a unique personality. Of course, you won’t have time to admire them while you’re fighting for your life, but battles do feature a certain pixelated flair. 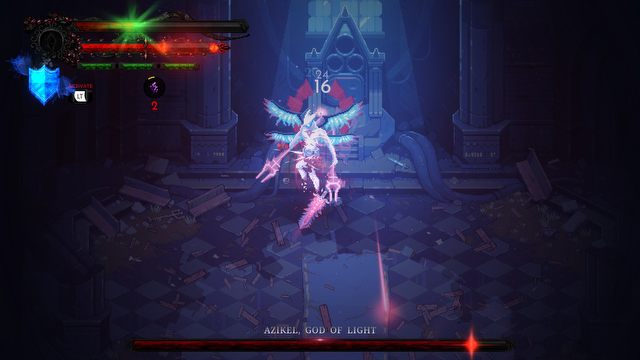 After beating the game once, Eldest Souls invites you to do it again, but this time, the game is harder and bosses have new attacks to spice things up. It begs the question: if you had such a hard time the first time, will you do it again? The answer is probably yes depending on whether you are a glutton for punishment.

And that’s the nature of the soulslike game. You want an experience that is so difficult, but rewarding, that it keeps you coming back for more. Eldest Souls fits the bill, but because it focuses on just boss-rushing, it feels more like a lite version that is still just as fun to play. It’s great for those who know what they’re signing up for and are okay with a more minimalistic, if not frustrating approach to a brutal genre.