We're going through some pretty lean years when it comes to new releases  unless you're a fan of strategy games. In that case, you just have got two very similar games: XCOM: Chimera Squad and Gears Tactics. The former is a member of a classic series of tactical games that the spin-off from the Gears of War series emulators  oddly enough, this rather outlandish game was announced two years ago, while the new XCOM was released merely two weeks after its announcement in mid-April. The studios responsible for the new Gears (Splash Damage and The Coalition) have spent the two years carefully studying the classics. I wouldn't say the student necessarily surpassed the master here, but it's definitely worth to give this game some attention, and it's a great introduction to this, rather niche genre. 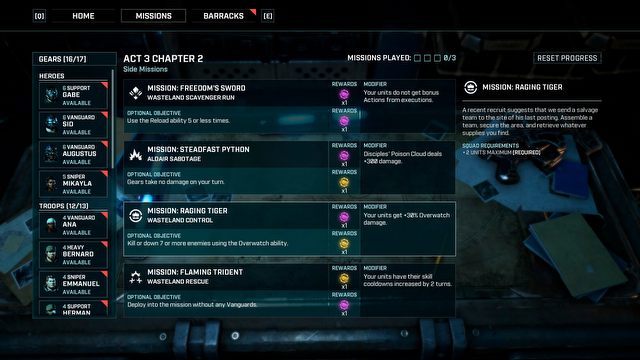 Right at the end of the game, we're forced to complete a set of "side" missions to be able to push the story forward.

A pursuit in three acts

The most important component of Gears Tactics is the campaign, which, at standard difficulty level, will take about 25 hours to complete. That's a lot when you consider the fact that the game does not offer any strategic module, and missions are executed in a specific order, one by one. In total, we get three acts depicting the pursuit of the mysterious Ukkon. Each contains eight scenarios, and larger episodes always end with a mandatory and relatively difficult boss fight. Between missions, we spend time managing the soldiers' equipment, developing their skills, and possibly playing with cosmetic items. We can customize the appearance of soldiers, armors and weapons. It's nothing extraordinary, but it's enjoyable.

Since there's no strategic module, the game seems quite shallow at first glance  fortunately, the developers made efforts to change that, and the game offers varied challenges and maps with numerous enemies. The hostile army is reinforced by new units virtually until the end of the campaign, with act one and two being particularly abundant with them.

These enemies can completely change the shape of the battle, bringing with them new tactical capabilities. A boomer, for example, is equipped with a deadly grenade launcher, able to flush us out from behind the cover, and the pesky tickers can get close in even during our turn. The developers deserve high praise for exerting a great diversification in designing the enemies, and I was often surprised by their abilities. This impression, as I mentioned, fades away in act three, where all these creatures come at us with full force, so there's not much time to admire nuanced character design. 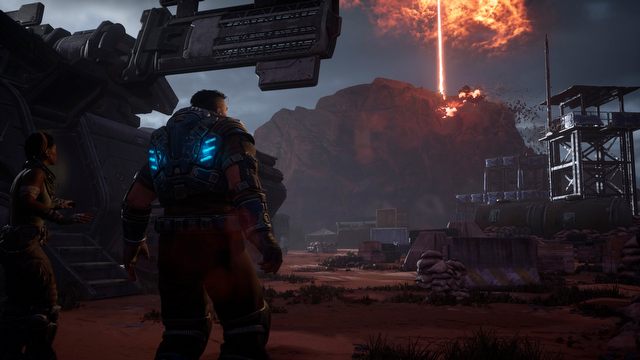 The game has a story, so fans of Gears should be content. 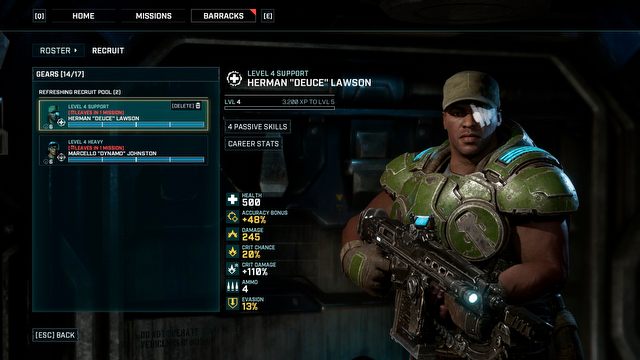 The recruits you get are scaled to your progress.

The resemblance to the XCOM games (those developed by Firaxis Games, of course) is striking. Our team consists of four soldiers, and the game uses a standard system of action points, which we spend on, well, actions  shooting, moving, and using special skills unlocked on the character tree. The developers of Gears Tactics quite blatantly ripped the entire system of information about cover quality from XCOM it looks the same, so fans of that series should instantly feel at home. The interface is generally very legible, and fans of excel tables can activate a special overlay that displays all the hit modifiers in detail  useful when making a decision whether to attack or not.

This obviously is a turn-based game, and there's nothing that would force us to make hasty decisions, but the pace is generally quite high. This is partly due to the fact that there's a ton of enemies, some of whom wait in ambushes, or deploy to the battlefield in the least expected moment. Gears Tactics likes to keep you on the edge of the seat  you can never be certain whether the fragment of the map you've previously cleared won't be riddled with enemies again in a few minutes.

Hence, the game strongly favors the overwatch mode, allowing our soldiers to fire at opponents during their turn, as long as they are within the field of view. GT does not apply any penalties  the mode can be engaged even after performing a few actions, as long as there are enough free APs. This sometimes actually is the only viable method of stopping the deluge of enemies, who make up in numbers what they don't have in intelligence. 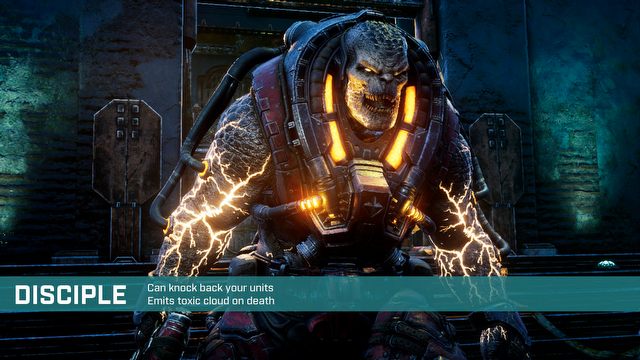 You get new enemies virtually until the end.

Another significant element of the game is the emphasis placed on the team's composition. In addition to the characters important to the plot (called the heroes), the team is supplemented with recruits who also gain experience and new skills. The heroes can actually die during missions, but it's not something that happens often. Gears Tactics is very forgiving. Fallen comrades have one chance per mission to self-revive; otherwise, they can be picked up by their teammates. Even when on their last breath, our soldiers can crawl a short distance to safety, and there await help. So as long as you're not playing on the hardest difficulty, you really have to try hard to lose anyone for good.

Age of Empires IV proves theres still a place for classic RTS games in 2021. Developers have brilliantly adapted the well-known formula to modern realities. Hopefully, this will not be the last part of the series, but a completely new beginning. 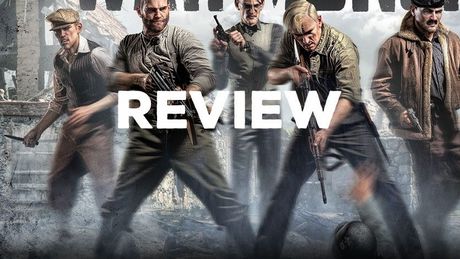 Plan your moves, dont get spotted, and complete various missions amid the dangers around you. This World War II game gives you classic RTT gameplay, but comes with some annoying setbacks too.