Ghostrunner is an unforgivingly difficult, but extremely fun and fast-paced action game. The story centers around a highly trained robotic assassin, a Ghostrunner, whos out for revenge. But at no point does the plot outweigh the gameplay. Wall-run, dash, and slash your way through the cyberpunk world again and again, because theres no way you wont die at some point.

The game bears a striking resemblance to Mirrors Edge, with its fast-paced parkour flow movement. But the combat, with slow motion dashes and constant momentum, evokes memories of SuperHot.

You will die A lot 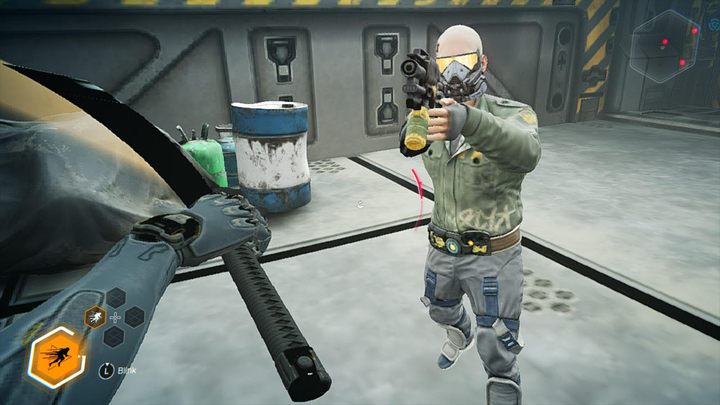 To say Ghostrunner is an unforgiving game is an understatement. The enemies in this game have more serious skills than most other video game enemies, so that even when you dash sideways in the blink of an eye, they still keep you in their sights. But the real killer here is that each section of this game requires perfection, leastwise nearing it.

As the protagonist, you are certainly powerful, but you are also far from invincible. You do not have a  health bar or shields to protect you. One shot will take you down. To give you an idea of what this game is like, in the forty five minutes it took me to beat the first level (which I know is not impressive), I died 160 times. Thats roughly 1 death every 20 seconds. I certainly do not claim to be an expert at this game or any games of the kind, but at the same time Im not what you call a novice in video games. 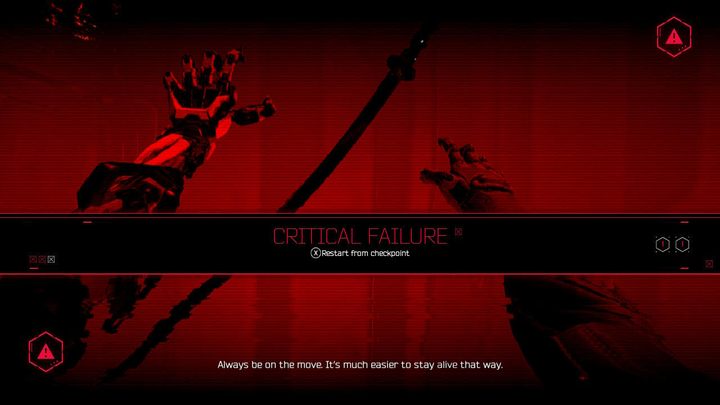 So the enemies have stellar aim, but the key is that they never lead their shots, so if you keep moving they wont be able to hit you. Its in the moments of hesitation or confusion that your fate is sealed. The game rewards quick thinking and moving forward, and punishes indecisiveness. Even just a moment is all the time they need to land a lethal shot. Miss a slash, pause before you decide what to do next, and they will take you down like a duck.

While the idea of dying over and over again might sound tiresome, and while it certainly can be, the game has virtually no loading time. With the press of a button you switch from the death screen right to the latest checkpoint, allowing you to get right back into the swing of things, sort of harking back to Hotline Miamis constant and instant death-and-reload. In fact, this quick repetition is crucial to fine-tuning your skills. All you lose when you die is progress, so this makes death almost a necessary sacrifice to explore, experiment, and create a plan of attack. So death might cost you some progress, but the information gained is worth it. 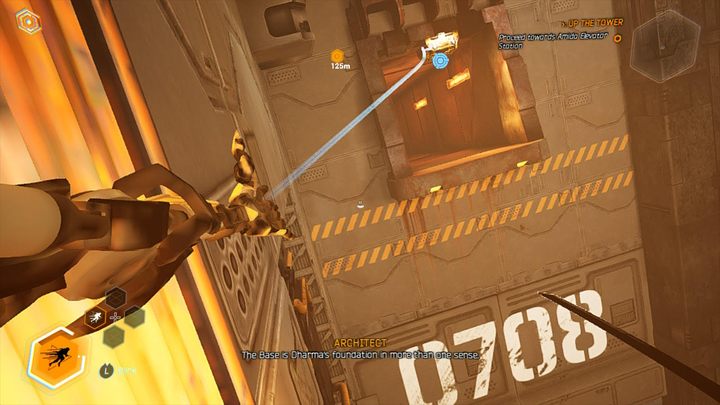 With the cyberpunk aesthetic and a robo-ninja protagonist, it is hard to believe you would ever feel anything but cool while playing this game. This is certainly true, but not in the way you might expect. Ghostrunner really makes your work for your reputation.

Usually, the first few deaths will give you the idea of how to get past a section, which then results in many deaths as you make mistake after mistake. This is when it can get a tad frustrating. There were a few times when my brain blanked and I just ran off an edge without jumping. But all this frustration is what makes the eventual success worth it.

Finally you have that perfect run. You nail all the jumps, dodge all the bullets, and slice all the enemies. All that failure proves how difficult it is to be successful, which means that the very act of success makes you an awesome robo-ninja samurai assassin. And it is as cool as it sounds.

Then, you move on to the next checkpoint to do it all over again.

Ghostrunner manages to strike that perfect note of difficult, but achievable, which might keep most players from putting the controller down. Failure is common, but it is not unfair. Its easy to see how you can improve on the next attempt, making that itch to try again even harder to resist. 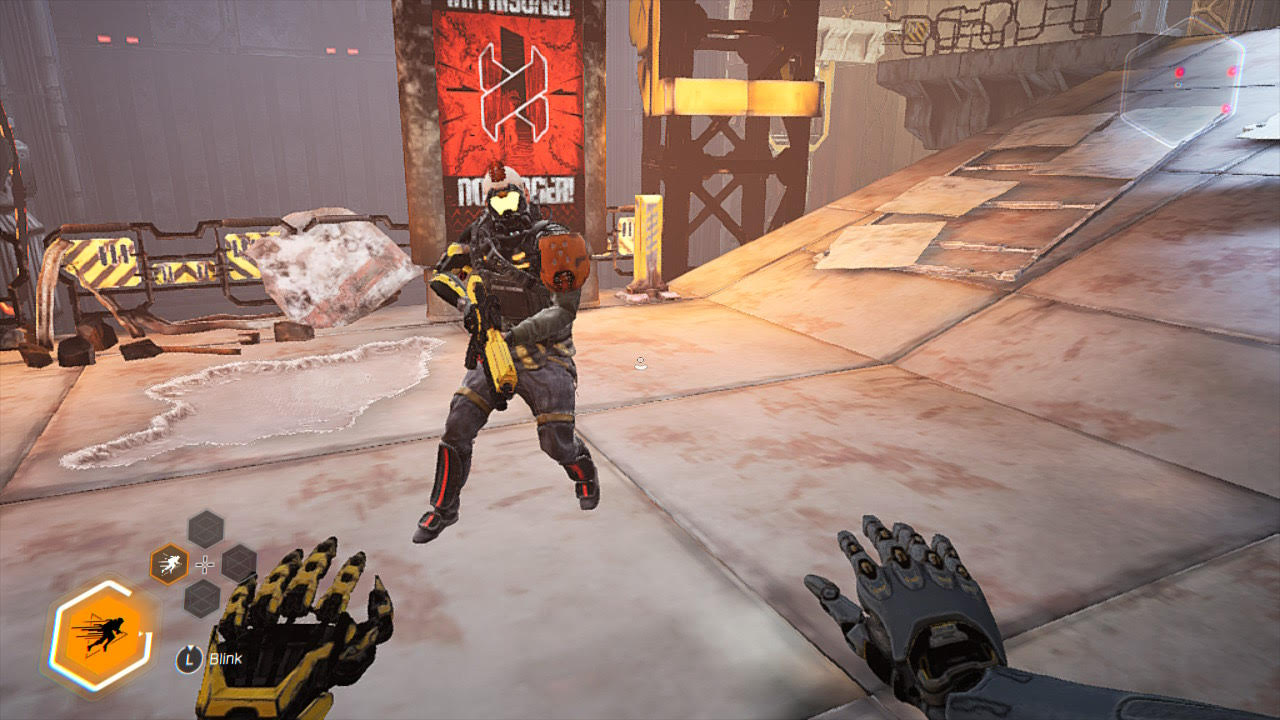 Slicing enemies in half is certainly a big part of Ghostrunner, but there is a lot more to it. The game utilizes the parkour movement and abilities for some interesting and challenging 3D puzzles. Sometimes, just finding your way around obstacles and hazards can be just as tough as fighting a squad of enemies.

This is also more than just about adding variety  in a game that asks a lot and gives little back, it can be quite nice to take a break from being shot at for a little while.

The music is also worth mentioning as it makes the combat all the more intense. If you are lucky enough to line up an awesome combo with the music, it just elevates you from cool to sub-zero. This is an extra important element on the Switch as well. I enjoyed playing on the big screen, but in handheld mode, with headphones, it makes the game surprisingly immersive.

Ghostrunner is extremely fun, even for someone like me, who doesnt usually excel at fast-paced action games. Speedrunners will have a real field day with this game, and there will be people who will just play for fun. This game (which is truly laudable) caters to both these crowds. 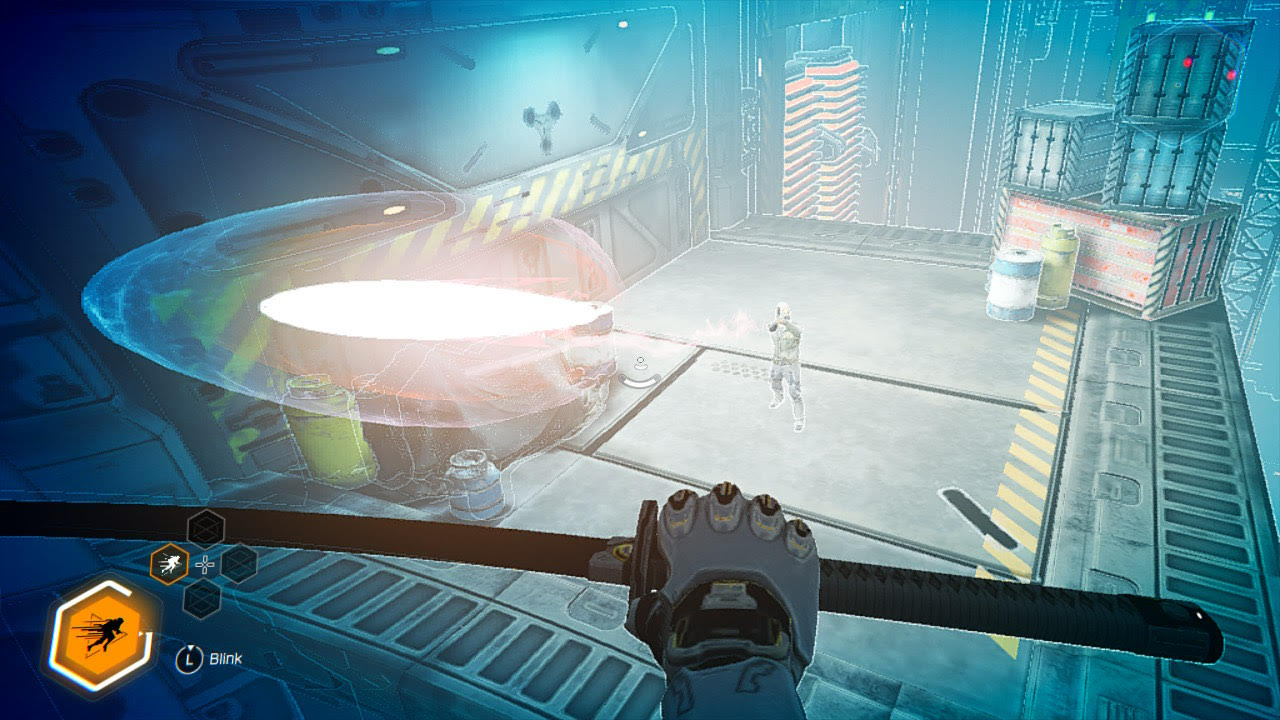 The graphics on the Switch certainly do not match up with those of the PC or PlayStation, but when you are moving fast through the levels it becomes hard to notice this. Its mainly in reviewing my own screenshots that I noticed the somewhat lesser visuals.

The controls also do take some getting used to, especially on the Switch JoyCons. I would recommend using the Nintendo Pro Controller if you have access to it. Most of the buttons you need are either triggers or bumpers, which can be confusing for your brain at times, meaning its fairly easy to hit the wrong button.

I did consider changing the controls, but I realized that you need fingers on both control sticks at all times to constantly adjust the direction and keep moving, so the triggers and bumpers really do need to be the main buttons you use. It may not be terribly intuitive, but it does work.

As an example of how important it is to keep your fingers on the controls at all times, screenshots were basically impossible to get while in combat. The moment it would take to hit the button is all the enemies need to get you. The only way I could get screenshots of combat was having my brother use another controller for screenshots while I actually played the game.

Ghostrunner also continually ups the ante just when you think youve got a handle on it, whether thats through a new ability, a new obstacle, or a new enemy. If fast-paced action-heavy games are your style, I highly recommend it. But even if they arent, it still is worth a try for the atmosphere, and the off chance that you might start enjoying such games  Ghostrunner is certainly a title to hook you up.

Have you tried Ghostrunner? Think you can beat my score of 160 deaths on level 1? Leave a comment down below. 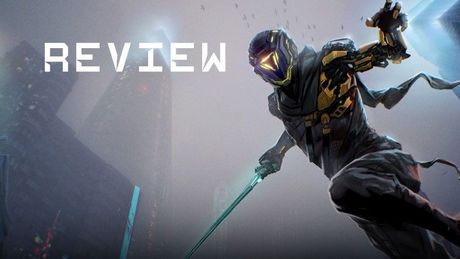 I've just finished a really great first-person Polish studio game set in a dystopian, futuristic city. And I'm not talking about Cyberpunk 2077 at all - even before its premiere, an excellent Ghostrunner awaits you.