The fantasy RPG is a genre that will never die. Far, far in the future when we’re all plugged into the matrix we’ll no doubt have the option to enter any number of virtual realities full of swords, dragons, and wizards. And thanks to monolithic franchises like The Witcher, Dungeons and Dragons, and The Elder Scrolls, the genre is teeming with games that more than deserve countless hours of your free time.

But is King’s Bounty 2 one of those games? Yes and no. If you just enjoy the fantasy aesthetic and a good tale then this will be right up your alley. If you’re more into looting caves, wandering an open world, and hearing the tang of steel against a foe’s shield, then this might be a miss for you. 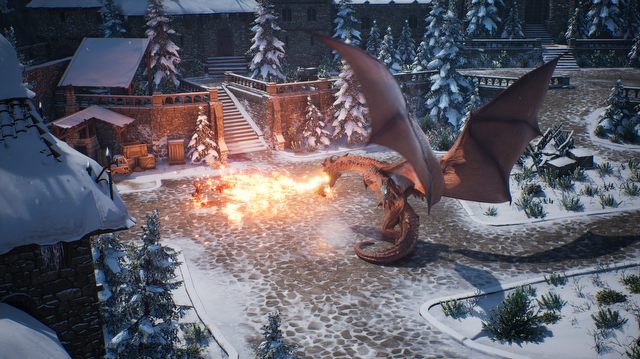 The game begins with your release from prison. You see, you were present for the king of Nostria’s poisoning and get the blame for it. But, the crown prince has for some reason ordered your release and that you return to the capitol. The first hour or so serves as a nice tutorial as you’re let loose into the game world and start to learn the mechanics.

The first thing you’ll notice is that this is not one of those whimsical fantasy worlds like in The Hobbit, think more The Witcher III. Your very first side quest puts you into a moral dilemma between some tree-cutting dwarves and a group of humans looking to overthrow the prison you were just released from. And you’ve got to pick which side you’ll fight for. 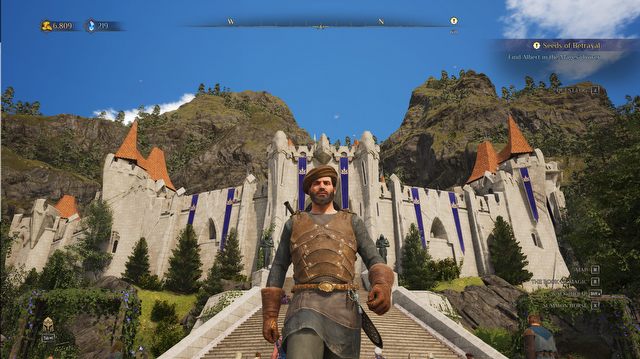 The moral ambiguity is great and introduces layers of complexity that in other games would be clear cut good versus evil choices. Skyrim is a great game but you’re either the mythic savior or a totally evil bastard – there are no shades of gray and no problematic moral calculations to crunch. Between the dwarves and the humans it’s a tough call – do you help prop up the functional, if corrupt, status quo in the region? Or risk change by fomenting rebellion?

This tracks nicely with the leveling system that’s divided into four different philosophies – order, power, anarchy, and finesse. Depending on which skill you chose to focus on it will eventually commit your character to that position. If you play as an order focused warrior you won’t be able to hire brigands and thieves to fight by your side, for instance. 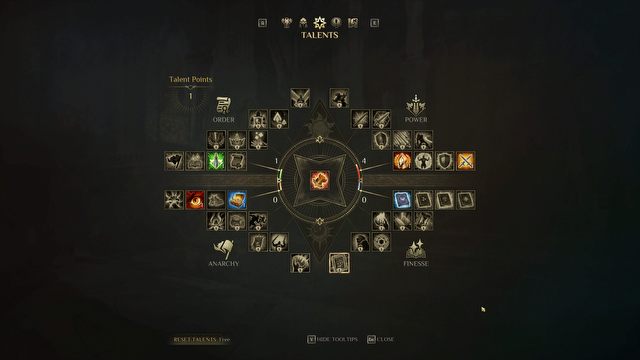 And that brings us to combat. King’s Bounty II uses a turn-based system in a top-down RTS style. You’ll move your units across a hex-grid and face off against all manner of beasts, brigands, and magical miscreants. Units have special abilities like flaming arrows for archers and healing magic for wizards but basically it boils down to sicking your units on smaller groups and gradually clearing the battlefield.

This is where people looking to take a sword to a goblin’s face are going to be a bit disappointed. You see, your actual character is never in the fight. You’re more like a chess player. You move pieces around the board but are never on it yourself. This is strange because you as the hero should at least be a unit instead of just your hired mercenaries doing all the fighting. Sure, generals get all the credit for winning battles, but there’s something distinctly missing when you as the hero never even get to swing a sword.

And if you should lose then it’s right back to your local mercenary merchant to hire more sellswords. If you don’t have enough gold then you just have to reload a save. While you learn in the tutorial period to keep your units alive and vacuum up as much gold as possible, I can see this being a problem potentially later in the game with tougher engagements. Make sure to keep a save handy if you’re running low on funds. 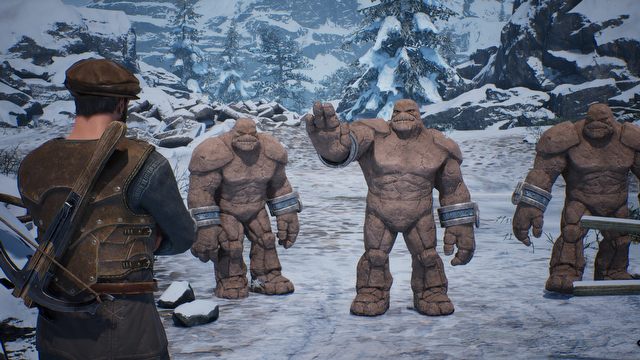 While the combat is probably the weakest thing about King’s Bounty 2 it isn’t without some elements of strategy. Putting your spearmen in front of your archers is always a good idea and moving your healing wizards out of enemy range will keep you in the fight longer. You’ll also get used to sacrificing low-level units just to tip the battle in your favor. Because, hey, you can always buy more with the spoils of your victory.

The leveling system unlocks new abilities that give you buffs in combat. You can gain more defense in the first round, better attack range, or even incorporate units unaligned with your core philosophy. There’s also arcane knowledge to gain and spells to upgrade. 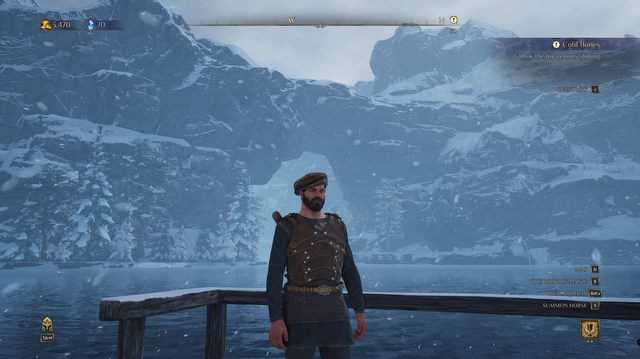 At the beginning of the game you can choose between a mage, fighter, and paladin (a hybrid of the two). They all have distinct personalities as well as unique abilities. If there’s something magic related your fighter can’t deal with then for sure there’s going to be situations where brute force won’t be an option for your mage. I applaud the devs for making players stick to their characters’ core personalities rather than be able to somehow morph a sword wielding warrior into a wizard.

The dialog is well written and the voice work is excellent. Though the fighter character is more than a little similar to Geralt of Rivia in tone and dialogue he still manages to be his own man. What’s curious though is the lack of dialog options. You don’t get to interrogate people and learn about the world or just trade rumors and backstories.

This streamlined approach is fine for the most part but I couldn’t help but feel dialog trees would have been a great fit. They clearly went to great lengths to hire tons of voice actors and write lots of good dialogue so why no dialogue trees? It made me feel a bit like I had no agency and I either did sidequests or flat out ignored them. And sometimes you just want to tell that npc begging you to save their village to go to hell. 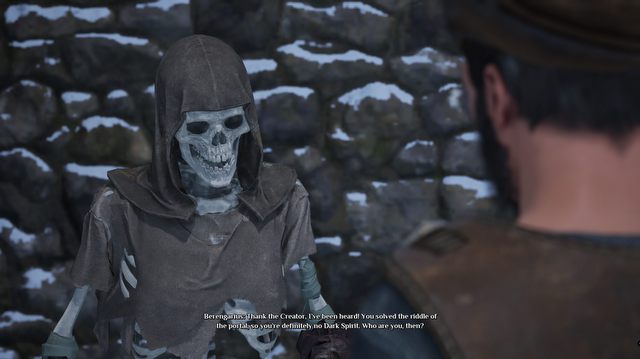 The locations are a cut above other titles and everything feels designed from scratch. You’ll wander through elegant palaces and trek snow swept passes, all of it feeling like the developers actually really gave a damn about making you feel transported to a fantasy world. What isn’t so exciting is how you move around. Areas are all interconnected by roads and that makes the game a bit light on exploration.

This is also particularly awkward because you can’t skip a fight if an enemy happens to be in your path. You can’t just walk around them like you would in almost any other game. If you’re playing a game like Breath of the Wild you only really fight when you want to. Hell, even the old Final Fantasy games gave you an escape option. Here though you’ll be taking on all comers and that grinds the gears a bit when you just want to move the story along. 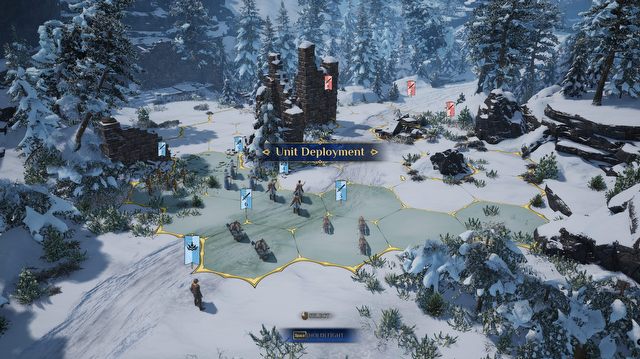 If you just love the fantasy genre this is a fine game to spend your time on. The music is great, the characters are all dressed like it’s the world’s most accurate renaissance fair, and some of the locations are downright gorgeous.

If you can forgive a pretty forgettable combat system you’ll have a pretty decent fantasy romp with King’s Bounty II.

According to our users, King's Bounty II for PC was a disappointment - the expectations before the release were higher than the current average user score.