When it comes to creating open-world adventures teeming with personality, it's hard to top the Mafia series. Sure, Grand Theft Auto and Saints Row cornered the market of urban fantasy simulators, but being afforded the freedom to explore a slice of history like the 1930s in video game with a juicy narrative and an expansive world to explore feels rarer than a mobster with a kind heart. 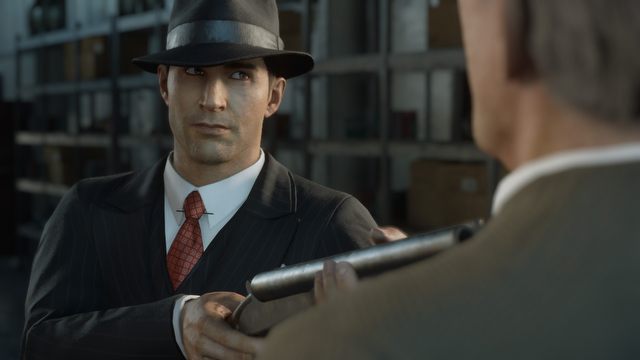 Tommy with a lupara  this can only mean an execution.

That's why Mafia: Definitive Edition, the across-the-board remake of 2002's Mafia, feels like a completely new game. It could easily stand up to any contemporary open-world title in terms of both the aesthetics and the attitude. It's quite impressive that the developers at Hangar 13 have managed to take a game that's nearly 20 years-old and breathe new life into it so that it feels like a completely modern affair. For those who enjoyed the game when it originally debuted, as well as those curious about getting into it for the first time, this crime epic is absolutely worth exploring.

Becoming a made man 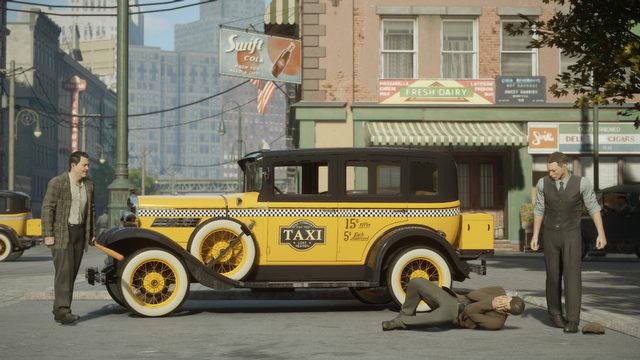 The beginning of the life of a mafioso.

Mafia: Definitive Edition follows the same story beats as the original game, but there are a few intriguing surprises thrown in. For one, you get to hear protagonist Thomas "Tommy" Angelo's story of joining and subsequently getting burned in the Mafia as he recounts it to a detective named Norman in the hopes of leaving that life behind and maybe even living peacefully with his family  which seems a pipe dream considering the circumstances in which we find Tommy at the beginning of the game.

His induction into a life of organized crime begins innocently as he ends his day making taxi runs, and is forced into helping two members of the Salieri family (Paulie and Sam) escape certain death by way of the Morello family. They end up escaping, Tommy is paid for his work by Don Ennio Salieri, and recruited for another job after being attacked by Morello thugs. He proves himself worthy of the Salieri name and ends up joining. Paulie, Sam, and Tommy begin heading out on jobs together as Tommy becomes more and more entrenched within the mafia world. 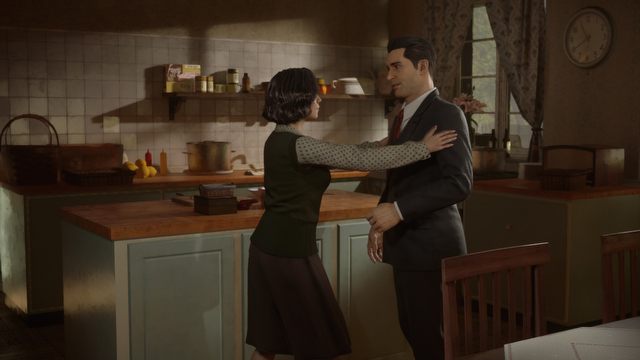 Sarah got a lot more screen time than in the original.

Of course, as is often the case when you get caught up with a gang, things get too serious way too soon, when Tommy becomes involved in a series of attacks that implicate some of those important to him. He falls in love, he's thinking he might be ready to get out of the family, but once you're made, you're in for good. It's a gripping story that, like Mafia II, proves that even those you believe you're tight with could turn (or be forced to turn) on you at any second. Many will be invested in Tommy's tale the instant the game brings players to Lost Heaven, and the way the detective storytelling segments have been evenly distributed throughout the action instead of being left to the end of the game as with the original Mafia is a commendable decision. 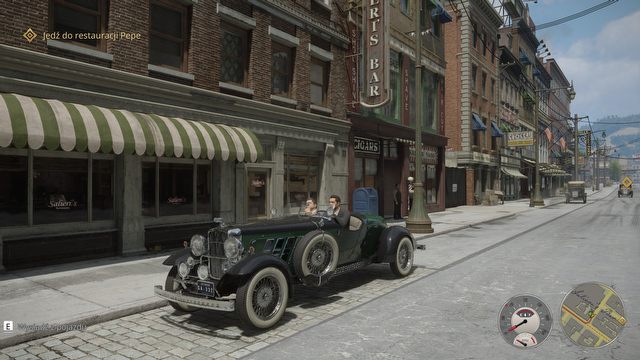 The world of Mafia finds you jet-setting around the Prohibition-era Chicago-like area of Lost Heaven. You'll notice right off the bat that everything has been given an especially glossy new coat of paint. You get to drive around in vehicles of the era and take all the atmosphere in as you complete tasks inside a mission-based structure with open-world elements.

Most of your errands involve receiving orders from the mafia and carrying them out. Some of them, like the Yakuza series, may feel more frivolous than others. One involves you stealing a car to win a race  in the name of the family, of course. Another, however, has you gunning down members of a rival organization  you know, as they customarily do in the mafia. There's never a shortage of things to do, and even though Tommy never quite feels he agrees to all the things that being a member of the Salieri family requires that he do, his descent into crime is compelling nevertheless. 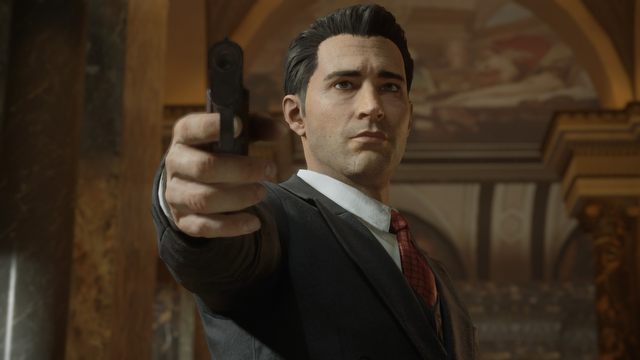 Hangar 13 has ensured that some modern mechanics did find their way into this classic game. Third-person and melee combat feel fantastic, though in the past it felt like little more than a footnote. Gunplay is smooth and satisfying, and there are a wide variety of weapons to pick up and empty into your enemies. You've got enough for a veritable bloodbath, and clearing out warehouses or empty expanses of the bad guys feels like being on top of the world  even when you realize your boss might be lying to you about the type of spoils you get after a job.

Driving also feels vastly improved, which rewards you for obeying road rules while being able to drive like a champ. The signs posted around you help get you to your destination, so getting around to your next mission checkpoint is simple (GTA-style, of course). There are always some interesting conversations to be held while carting around folks in the backseat, and those provide some much-needed character color and commentary between missions. 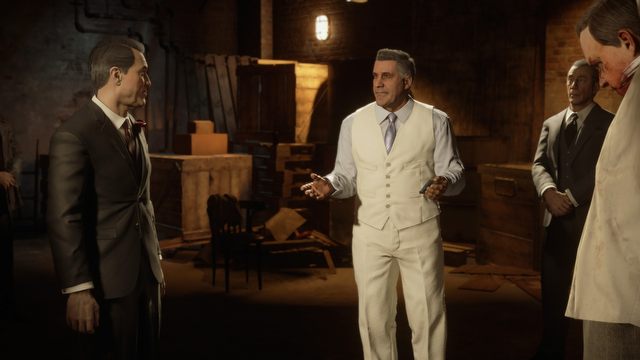 Don Morello is one of the best characters in the game. Too bad he appears so rarely.

Though Mafia: Definitive Edition plays well and has a fantastic storyline that you'll want to see through to the end, much has to be said about how jaw-droppingly gorgeous it looks. To the untrained eye, this is a completely different game than the original. And in some instances, it truly is. All character models have been altered  some, like Paulie, look nothing like their original selves, but it's all for the better.

There are a few scenes that end up feeling a bit wonky. Some lighting issues break through from time to time, and facial expressions seem a bit off occasionally. Other times, textures may not load correctly and appear muddy. These were only minor issues, however.

The story comes to life through a series of well-acted cut scenes that seem torn from any modern game, with great lighting, believable motion capture and expressions, as well as voice actors that convince you you're right in the middle of a classic gangster flick. There are some incredibly tense moments acted out, with some will-they-or-wont-they moments during a funeral, a brutal scene where a mafioso gets his face caved in by an irate don, and even some instances where others are pumped full of lead and youre left to watch the aftermath. 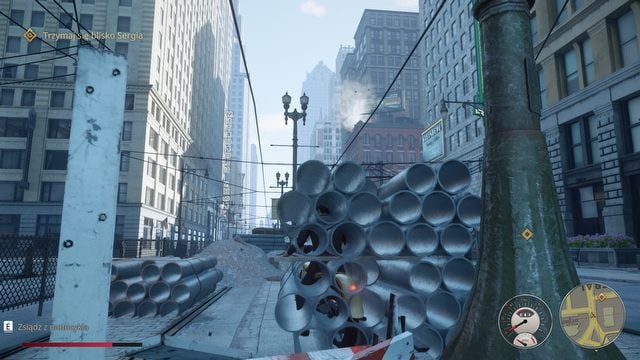 There's no shortage of bugs, sadly; this is one of the most flagrant examples.

Unfortunately, there didn't appear to be expanded content or additional goodies to explore beyond the array of costumes at the end of the game. I would have figured that, being a remake, there would have been room for additional content or at the very least something unique to round out the package seeing as this game has been completely rebuilt from the ground up. But the developers apparently didnt add much, if anything, new to the package, which I found a bit strange.

However, so much work went into bringing the game to life otherwise that it feels like a completely different production only using the original Mafia as something of a blueprint for doing magic with the restoration and recreating process. The first game was impressive for its time, but this remake is absolutely fantastic, backed by the considerable amount of work that went into it.

Welcome to the family 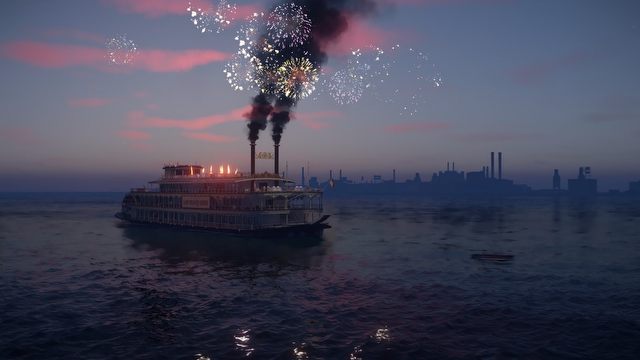 Mafia brings a slew of unique locations. The cruise ship is a great example.

Mafia: Definitive Edition is one of the best remake efforts on the market right now. It looks great, performs well, and its a good way to relive the original game if you tried it out on its inception. Even if you didnt, you should be happy anyway, as the game provides a satisfying story with memorable characters, fantastic gunplay, and an impressive view of a fictional city that makes you feel right at home. Youll feel as close to the Italian mafia as you can get without actually getting blood on your hands. 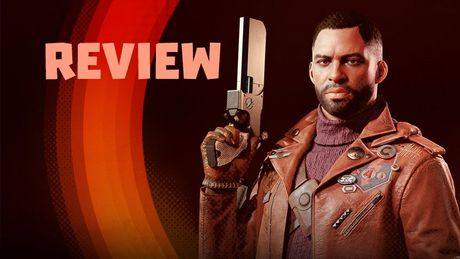 Deathloop Review - Is Time on Arcanes Side? 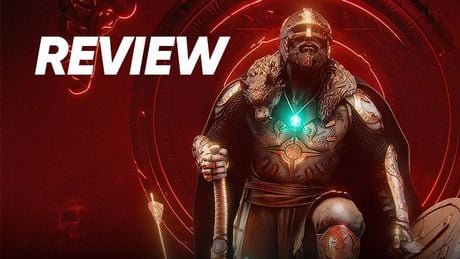 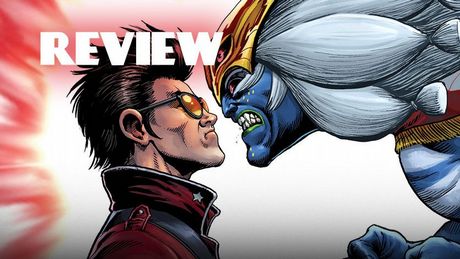 No More Heroes III: Alien Slicing Action At Its Finest

Travis Touchdown returns in No More Heroes III to take on a team of ten alien invaders in an action-packed, wacky, sci-fi, episodic adventure that does anything but take itself seriously.

According to our users, Mafia: Definitive Edition for PC was a disappointment - the expectations before the release were higher than the current average user score.