We've been waiting for this moment for a long time. The first visitors come to our zoo. It's seems to be ok  they go from cage to cage, watching the animals. Now, why are they carrying banners? Why are they screaming in front of the red panda runway? She's beautiful! Look how cute she looks, lying on the hay.

That was the end of my first zoo in Planet Zoo. It's existence counted maybe 10 minutes, before I had to yield to the protesters and start anew. The next time, a bear escaped. People were a little scared... I tried to create a moat around his podium, but it cost too much, so I took a loan. The bear still found a way out. The cost of catching it, the interest on the loan, and the price of safety equipment emptied my budget.

The third zoo went bankrupt. I confess, I bought a panda. The giant panda, it was beautiful. I set up a catwalk for her. Bamboo, feeders, climbing racks, and all that. It wasn't until she ran away that I realized I should have used glass around the podium, rather than iron bars (never use glass with elephants, I checked it for you). Either way, the panda was too expensive.

I turned to the sandbox for a while. Here, I finally learned something about building fences and created another park. 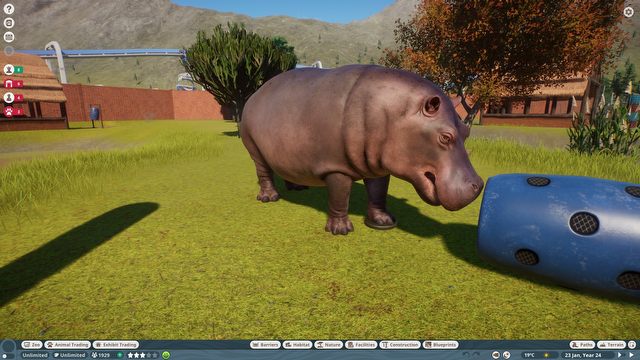 A sad hippo, or a happy hippo?

How can we play Planet Zoo? There's the career mode with prepared missions and tasks. We can create our own park with economy enabled, or go to the sandbox, where Planet Zoo gives us unlimited money and access to all facilities. There is also a Franchise mode that allows us to trade animals online.

This time, I started modestly. One giant tortoise and one African warthog. A big bucket for donations and a room for employees. Surrounded by cypresses, of course. Visitors aren't interested in seeing a sewage treatment plants or veterinary clinics.

I slowly developed the zoo. Instead of bears and giraffes, I bought a rhino cockroach and put an educational board and a bench next to it. People enjoyed watching it, so I gave him company  a spider. 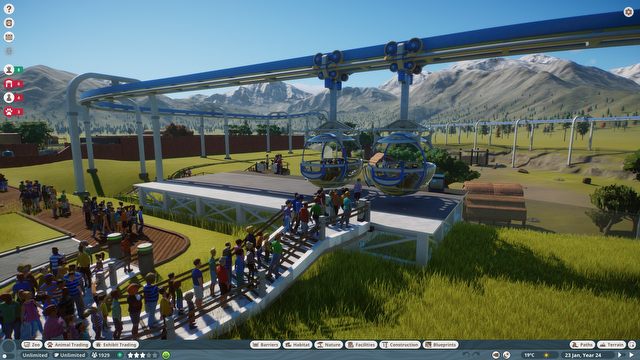 In addition to animals, the game also features attractions straight from the amusement park.

My zoo developed slowly, there were new enclosures and new animals in it. I kept an eye on the guests' opinions and matched the admission prices with their expectations. In addition, I traded animals. Not bison or warthogs. They were inexpensive, and raising them took ages. I first made serious dough thanks to the... cockroaches. They breed like rabbits, and for a single specimen with good genes, I could easily buy a new ATM. The scolopendra were even better a deal.

This zoo also went bankrupt, and I have no idea why. When I gave up, I was $50k in arrears, and I had no idea how to mend that. Yet I already had buffaloes, bears, and macaques. To be honest, after a whole weekend with Planet Zoo, I'm talking about more than 20 hours of play without a success. That's interesting, considering that the studio's previous games were often scolded for lack of economic depth. 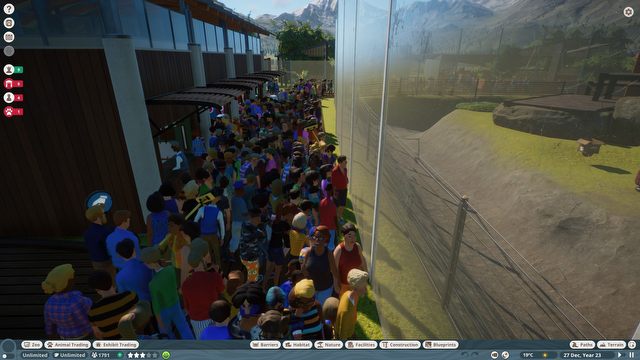 A lot of people should be happy, but narrow pavements are the reason for many problems.

Planet Zoo is very serious about the topic of animal breeding. Each instance is described by a number of indicators that affect the "quality" of the offspring. If someone wants, they can devote fully to breeding and achieving the best results. Moreover, there is also a system of trading animals online, where we can exchange them with other players.

A game or a simulator?

The entertainment provided by Planet Zoo doesn't resemble what we've grown to expect from games. It's more like something between a sim and an architectural visualization software. Just like in Planet Coaster, the design capabilities are absolute. You can create real wonders in the game using the build-in tools. I can't even imagine how to set about doing it, but Planet Zoo allows you to create some amazing things. I bet Steam Workshop will totally explode with the creations of the community once the game's out. 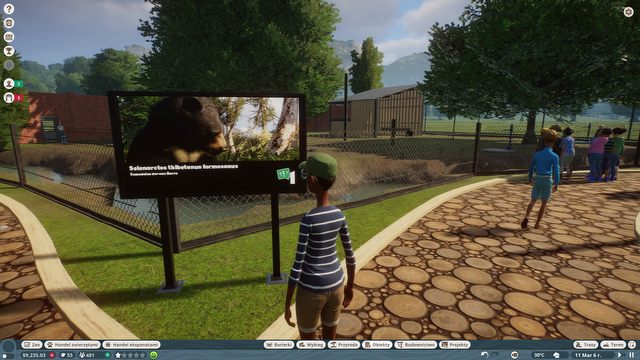 Educational board for guests.

The fun's quite... boring. Or rather: ponderous. You need to give a thought to every catwalk. Animals have their own requirements. It's not just the size of the podium or the presence of a pond. A lemur will be sad if there are not enough places for climbing, an elephant wants to have short grass and some soil, and the macaques need snow (on most maps this means the need to air-con the podium). Some animals like to have company, and others don't. Some species will fight to lead the herd, and we will have to be careful not to confine, for example, two adult male wolves in the same podium. And don't even get me started on selecting types of vegetation

Then, we have to think about safety  as I wrote earlier, animals like to run away  as well as visibility. So what that an animal is happy on the podium, if the people can't see it well? On the other hand, an animal with no place to hide from the sight of visitors won't be particularly happy. 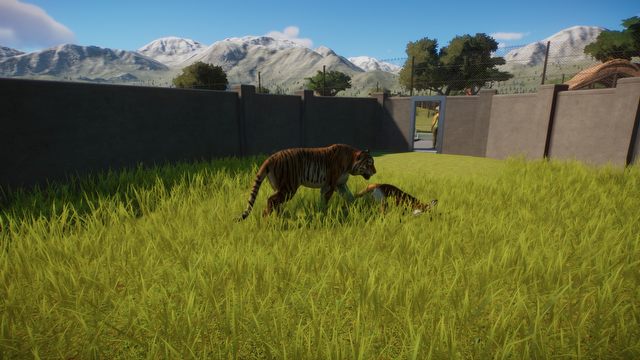 I did experiments: a tiger and an antelope don't go well together.

Usually when I play games, I simply enjoy it. I like it. Planet Zoo doesn't feel like that. It's more like doing a job. Most of the process is complicated and only remotely "fun." The game requires a lot of jumping between windows, stacking individual items by the hundreds. You continuously solve problems, hire people, and make sure the animals are not bored or stressed, and that they have good living conditions. It's tedious, especially because the game doesn't run very fast nor smoothly. Theoretically, my Ryzen 5 1600 should have coped, but it wasn't all that perfect. I was kicked to the desktop a few times, too.

The developers have prepared a release-day patch, which should address many issues weve encountered  including the games performance. The retail version of the game should, in theory at least, work significantly better.

Ultimately, however, just like at work, I could look at the effects, and feel satisfied. Watching people climb in front of a tiger runway, an elephant playing with a ball, a panda climbing a pole, just gives a lot of joy. And that's pretty much all this game is about. 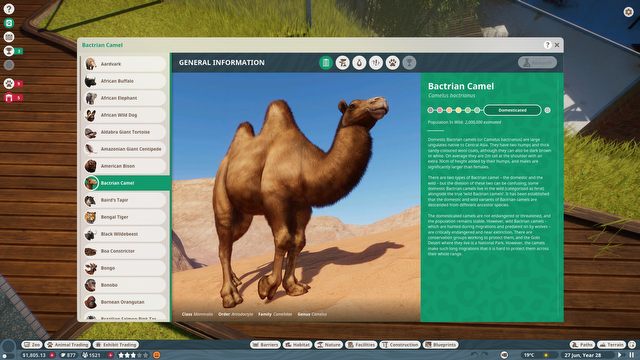 The game has an educational value, of course.

Animals in the Planet Zoo look great. Maybe not totally lifelike, because the graphics are a bit cartoonish, but just looking at them can give you warm feelings. You can see how much work was invested in making sure they all look natural. Animals play, defecate, hide from people. If you're a sadistic experimenter type, you can watch predators attack prey. I also didn't get to see the copulation animation, but maybe I was too busy avoiding bankruptcy? I don't know. If the pet is old, it just dies and lies on the runway until someone picks it up. I once saw a little zebra walk up to the corpse of an adult zebra and stare at it sadly until it was scared off by the violent and abrupt transformation of the carcass into a large chest. 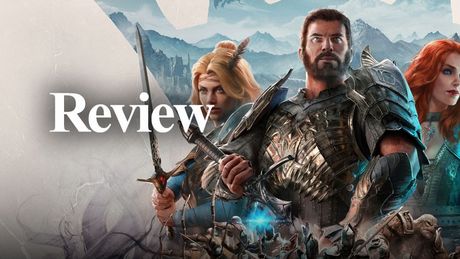 Kings Bounty 2 Review: My Kingdom for a Dialogue Tree

King's Bounty 2 is a good game, perhaps average for others. However, if you love fantasy genre, this world will provide you with several hours of entertainment. 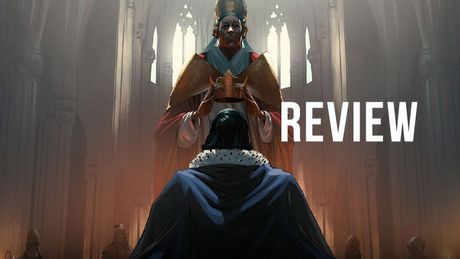 Play as various cultures as humankind transcends the eras in this Civilization-inspired game. Feeling both familiar and innovative at the same time, Humankind is sure to keep you playing for one more turn. Read our Humankind review.

According to our users, Planet Zoo for PC was a disappointment - the expectations before the release were higher than the current average user score.