Planet Zoo is an economic strategy game in which player run a zoological park. The production is a continuation of Planet Coaster released in 2016 (although it differs in its subject matter - in that game, players ran an amusement park, not a zoo). It was created and published by Frontier Developments studio (also known from the Elite: Dangerous).

In Planet Zoo, players' task is to run the zoological park in an efficient way. It is necessary to adapt the individual places to the needs of given animals (they are described by an extensive set of statistics). Players decide, among other things, about the shape of the terrain, take care of the right temperature, as well as the guests' impressions (by choosing the right buildings and also determining the design and decoration of the park). It is also necessary to take into account the financial condition of one's zoo.

In the game, players can find a wide range of different animals, such as elephants, wolves, bears, lions, hippos, and giraffes. Each creature has different needs, behaviors, and even its own character. Almost all decisions, even seemingly trivial ones, like choosing the colour of the walls, may have some meaning. Realistic representation of the animals is one of the most important features of the game - creatures "think", "feel", and behave in a way very similar to their equivalents from the real world.

The creators at Frontier Developments have also included several interesting mechanics in their production, such as genetics and reproduction, which allow players to plan future generations of species to avoid the consequences of too limited genetic pool. The game also features a variable weather system.

One can playPlanet Zoo solo. The game is based on single player modes - sandbox and a feature campaign.

Planet Zoo has a very attractive 3D visuals. The game world is quite detailed, but the best impressions are definitely made by the animals - their models are realistic and very well animated. The creators even used a special technology, which is responsible for a credible fur simulation. 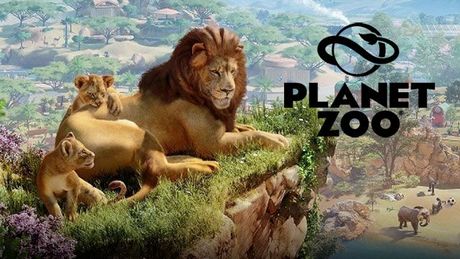 Planet Zoo Review  Is This Even a Game?

An excellent, fascinating and satisfying... job. Playing Planet Zoo is like going to work. You try not to get tired, then you get tired, and in the end you're happy with what you accomplished anyway.

Frontier Developments, the creators of Elite: Dangerous and Jurassic World Evolution, announced Planet Zoo. The game is to be a complex economic strategy that will allow us to manage a zoo and will be distinguished by exceptionally realistic depictions of animals.

The first gameplay video of Planet Zoo has appeared over the web. The extensive material presents the most important aspects of this production and surprises with its attention to detail. All animal lovers should be satisfied.

Frontier Developments has published a long gameplay from Planet Zoo. This time the devs focus on the challenges waiting for the players in terms of animal care.