Mount and Blade Warband was released on Steam in March 2010. It's been almost exactly 10 years. At the time, the small Turkish studio called TaleWorlds Entertainment was able to make a living from selling its game and releasing its separate modules as standalone products. SteamSpy indicates that Warband has reached 3,5 million users, including those who took advantage of the free weekend and those who bought the game at the big sale. Either way, it seemed the budget for the sequel was at least adequate. 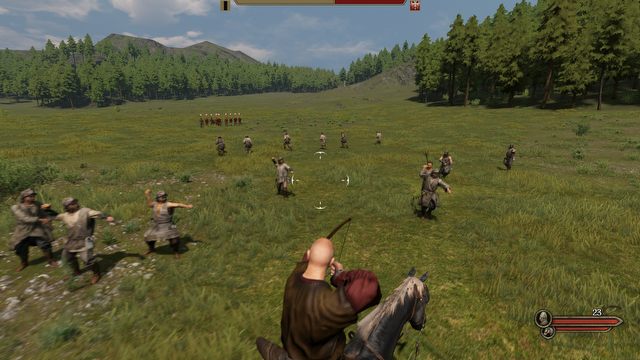 Fighting peasantry – clearly, the rough beginning of the game.

The world has moved on…

So, while they created in peace, I patiently waited. I waited and waited, and then I finally played it. And you know, I don't want to come across as malcontent, but... hear me out: My adventure with the series began in 2009, when I got With Fire & Sword. 2009 was the year when the world tried to cope with the swine flu outbreak, and we were all excited about Assassin's Creed II. The world has moved on since. I mean, people who weren't born back then can probably read well today, ever thought about that? 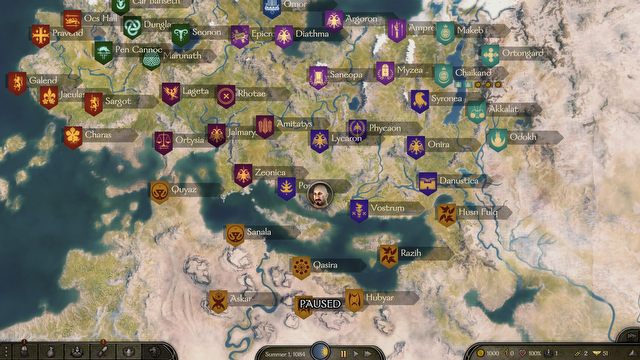 The map is big, aesthetic, and clean.

With Fire & Sword was for me what the Hearts card game was for the characters in Stephen King's Heroes of Atlantis. I went to college in the morning, then caught the second shift at the grocery store. I'd finish at 10pm, closed the cash register, take the bus home (I was still living with my mom, it really was that long ago). Then I would play until three or four in the morning. I'd get up at seven and start all over. Good times.

…Mount and Blade has not

Mount and Blade, on the other hand, seems to be comfortable exactly where it is. If you played Warband, you'll hit the ground running here; the controls are identical. The combat system... no substantial changes. Commanding armies? You can arrange them in formations, but I've seen that in mods before.

The singleplayer campaign also begins in a typical manner. The character editor is more extensive, but we still end up in the middle of a big map and start making money. At first, we of course run errands for nobles and fight half-savage bandits. It felt a little bit like I was running a thrift store because in the early hours of the game, I mostly sold old rags looted off enemies. Then I played a merchant, plundering villages, and trading according to a simple principle – buy goods in one city, sell them in the other corner of the map. 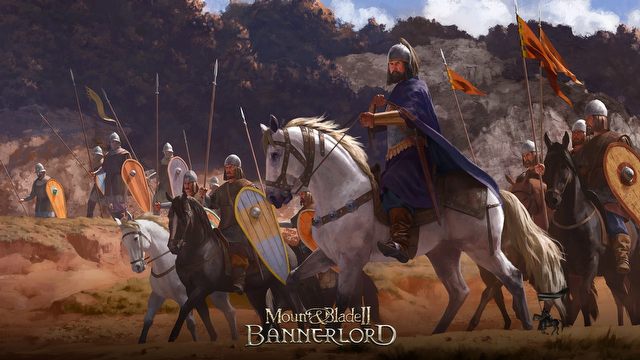 As in the original game, the artworks are just sublime.

Is it really the same game, only prettier? Well, it certainly looks a whole lot prettier. It compares to cutting-edge games of today exactly as the original compared to AAA games of the time, such as the aforementioned AC II. In other words, Bannerlord is outdated, but it's a lot better than the first game.

Is he really the same? I admit, there's a little novelty here and there. You can make your own weapons in a forge. You can get married. You can send your men on expeditions. You can fire a trebuchet during a siege. There are several new types of quests. Does that change the gameplay? Absolutely not, and I've seen mods that change the game more. Take Viking Conquest, for example, which added a dog, boating, or religions. And that was, after all, just a mod – limited by the capabilities of the game itself. Bannerlord is a game created from ground-up (with a much smaller budget than AAA games, but still decent). 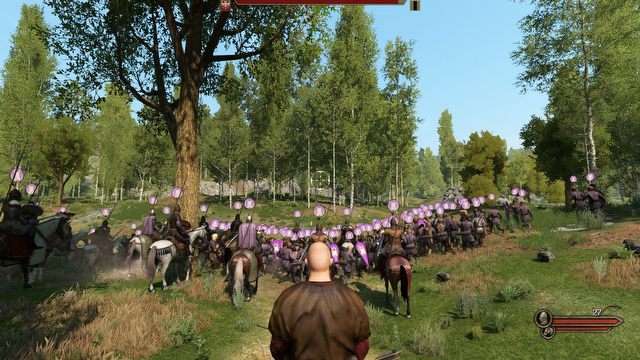 Army commandment hasn't changed at all, but it's still a lot of fun.

Bannerlord has a permadeath mode. It's still possible to continue playing after the protagonist dies – if we produced an offspring, we become him or her. It seems a really interesting solution, and the system might receive new, official elements and mods.

According to our users, Mount & Blade II: Bannerlord for PC was a disappointment - the expectations before the release were higher than the current average user score.