Let's start with a bombshell: is the new Modern Warfare the best Call of Duty to date? Well, yes and no. In terms of audio and video, this is definitely the best installment in this series, hands down. The multiplayer is riveting and diverse; the campaign offers good atmosphere and isn't afraid of drastic scenes, thus being an interesting depiction of a modern armed conflict – without a defined battlefield, where the divisions of the good and bad guys are sometimes indistinguishable. The pace can be significantly slower than in any of the previous installments. The creators from Infinity Ward oftentimes rehearse familiar patters we've seen in previous installments, and – as they do – reference movie blockbusters, sometimes recreating scenes one-to-one. And although the multiplayer is extremely engaging, and the single campaign brings numerous memorable moments, overall, this game comes a little short of being the undisputed best in the Call of Duty series.

Maybe it's because of the hype – maybe I just expected too much, or maybe the devs made too many promises that were too big. Because overall the campaign seems really good. Compared both to previous CoDs, and games from Ubisoft or EA, this installment reaches levels mastery that's unattainable for them. But it falls short, too – not only because of the expectations, but also when compared to the original. The first Modern Warfare was more consistent and complete. This game, on the other hand, feels like entering a movie screening half way through it, and then leaving right before the finale. As concerns the multiplayer, on the other hand, the big promises were not empty, but many elements will have to be significantly refined. All this media noise and hopes for a 10/10 game aside, we get one of the best and most daring shooters of recent years. 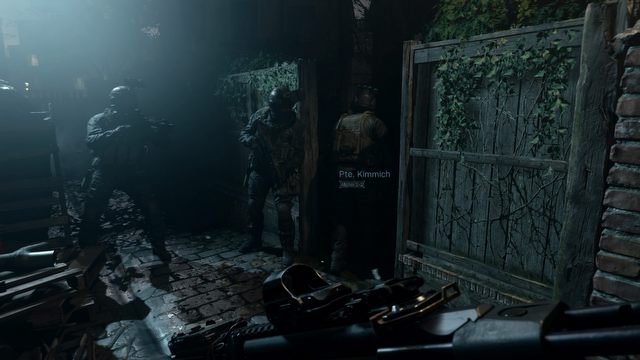 Sometimes it's hard to believe it's a Call of Duty.

Modern Warfare, as a reboot, certainly lives up to the name. This is a modern war in all respects – with terrorist attacks in world capitals and full-scale armed actions somewhere in the countries of the Middle East. Sometimes, we engage in special operations in full gear, and sometimes run in civilian clothes around the streets of crowded metropolis. Playing three different characters, all of whom are reminiscent of the one and only Captain Price, we switch locations in search of stolen cargo with extremely toxic gas. The script may not be outstanding, but it makes effective use of authentic events in recent history and combines them with atmosphere and ideas known from productions such as Jack Ryan from Amazon Prime.

It is also significant that, after frequent comparisons of the scope of the previous games to films by Michael Bay, this time, Modern Warfare actually recreated scenes from the works of the famous director. We will not see, however, falling skyscrapers or a raid among burning aircraft carriers. It's all more restrained, more credible and low-key; the game, for example, let's us participate in events familiar from the movie 13 Hours: The Secret Soldiers of Benghazi. The devs weren't afraid to also create missions in which we move at a snail's pace, door to door, firing just a couple of bullets, clearing rooms just like in tactical shooters the like of Rainbow Six games. Too bad these moments are few and far between, because the tension and thick atmosphere literally pours out of the screen. They're very evocative of games like SWAT or R6. 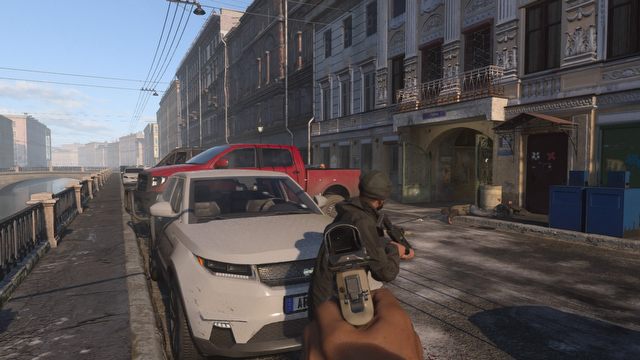 War has taken to our streets.

CALL OF DUTY – BASED ON REAL EVENTS

The film 13 Hours: The Secret Soldiers of Benghazi tells the story of a real operation to protect an American ambassador during his visit to Libya in 2012, by a group of six hired operators – mostly former spec-ops. The visit quickly escalated into a full-on siege of the consulate, with CIA officers inside. Several defenders with a few Delta Force soldiers repelled wave after wave of the Islamic militants, up until the dramatic evacuation.