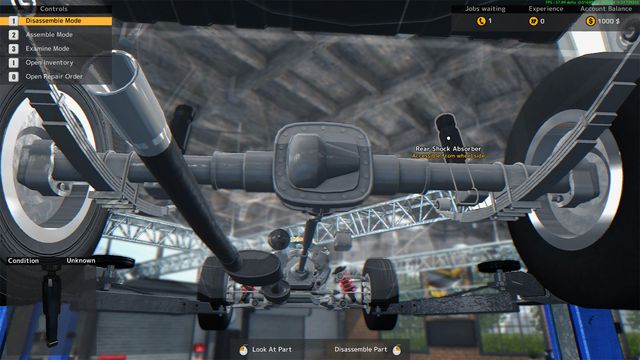 Those of you who have already enjoyed tinkering in Car Mechanic Simulator 2014 will not be surprised by the method of carrying out individual orders and renovating cars in our garage. Screw by screw, we get to the individual components of the vehicle, replace broken parts with new ones purchased in an online store and put the car back together. However, the control system has undergone a slight modification, and I have an impression that this change is not necessarily positive. We should certainly applaud the creators for adding several commands which we can use during the renovation; they make it very easy and quick to switch between standard view and plan view showing the technical condition of the parts, as well as change the mode from assembly to disassembly. Unfortunately, the process of replacing individual components has become overly complicated; now any operation associated with removal or installation of parts must be preceded by a few seconds spent holding down the right mouse button while simultaneously indicating the selected item. This, of course, is followed by the moment many players favor the most, that is loosening the screws  and those are quite numerous in some parts. It is a pity that the developers unnecessarily lengthened the time of renovation by introducing such peculiar features. The system used in CMS 2014 proved to be quite solid, and now it has become slightly less intuitive, which can be rather annoying in the long run. It is worth mentioning here that the experience points we earn can be used to buy a feature that significantly shortens this process; however, before we can get our hands on it, well have to get down to some serious work. 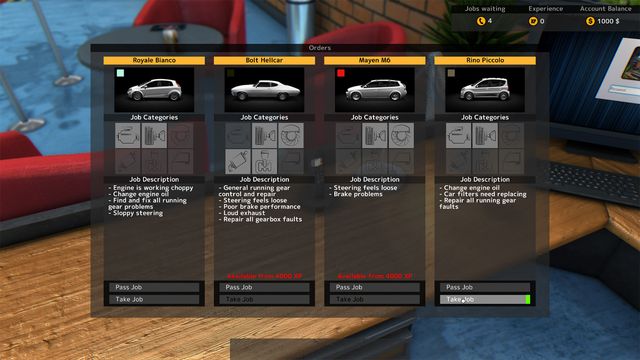 If you expected Car Mechanic Simulator 2015 to provide breakthrough graphics, you will be greatly disappointed; on the visual side of things, the production of Red Dot Games looks very much like its predecessor. Still, its a decent look, and certainly better than the one found in various simulators. A cool idea is the focus on importance of corrosion in the estimation of the technical condition of a vehicle. While inspecting the individual parts, very often we can see at a glance which component is causing the problem. There's virtually nothing to criticize in the overall stability and optimization of the game  from the outset CMS 2015 can be enjoyed without any hindrances such as the game kicking out to desktop, hanging, or experiencing alarming drops in FPS. The rich variety of graphics settings along with an FPS meter will help easily adjust the visual effects to our PC's computing power. Ive also had the impression that the camera work has improved; however, in some cases, such as getting to the smallest parts of suspension or engine, it struggles to provide a fully satisfactory result. 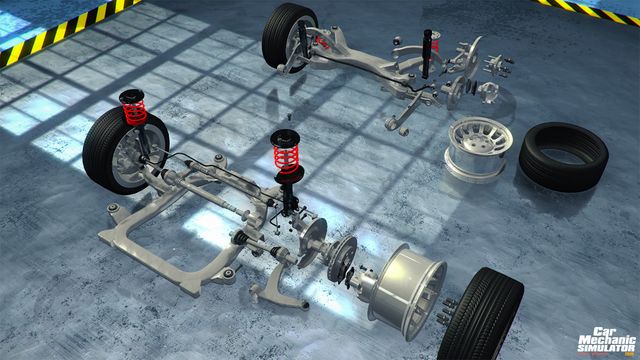 Fans' concerns that CMS 2015 would look like an underdeveloped paid DLC for the previous installment of the series proved to be unfounded. The new game introduces a number of varied and very interesting modifications that enrich the game. We are allowed to make independent decisions and choose which orders we want to carry out. A much much richer variety of available parts and vehicles ensures that figuring out the patterns of how things work will take a lot more time than it did in the 2014 edition, whereas the ability to repair old clunkers will provide a source of a solid income. The experience system was also constructed in a quite reasonable manner, so as to introduce us to the workings of this production gradually and without obstruction. In the long run, we cannot escape a certain feeling of monotony (after all, how many times can you replace pistons and loosen the wishbone without getting bored?). However, the title succeeds in providing many hours of enjoyable tinkering under the hood of a car. It's a positive change for the Polish studio to no longer be associated with humoristic racing games, but rather with a really solid and  most importantly  still improving simulator that manages to fill nicely this rather neglected niche. We can be sure that there's more to come from this team.