Car Mechanic Simulator 2015 is another edition of the native simulator, which debuted at the beginning of 2014 and hit the list of the most popular simulation games of the year. The same duo is responsible for the creation of the continuation: Red Dot Games studio and PlayWay publisher. However, this time the production of the title was also completed thanks to the support of Kickstarter users.

The mechanics and general assumptions of the game remained practically unchanged. In the game we play the role of the owner of a car repair shop, who must build his reputation by repairing machines substituted by customers, as well as the purchase of old and neglected cars, in order to sell them profitably after renovation. The aim is, of course, to earn money that will allow you to develop your own business and succeed against the backdrop of competition.

Unlike the previous version, individual missions are generated randomly, and being the owner of the workshop, we can choose which car we will take care of in the first place. When starting work, however, we must remember that we can take on a limited number of orders, and for the execution of each of them we have an additional amount of time. Each of the missions is characterized by a different scope of work and their time consuming, which translates, of course, into profits obtained for the repair. Each of the 16 available car models is built with a total of more than 200 interactive parts, which we need to review to identify the fault. All that remains afterwards is to order the right parts and to carry out the required repairs. Apart from typical repairs, there were also missions in which, on behalf of our customers, we tune their cars, installing various gadgets and visual enhancements.

New in the game is the option to buy and renovate old cars, which we buy at special auctions, investing previously earned money. Renovated machines can be sold with a certain return on investment. However, if we belong to the motoring maniacs, nothing stands in the way of us building our own private collection of old cars. It is up to us to decide whether to pump the cash we earn into our own hobby or to invest in the development and promotion of the workshop in order to attract more customers and take on more profitable orders.

The guide to Car Mechanic Simulator 2015 is a complete source of information that allows you to uncover all secrets of car mechanic work in the newest installment of popular simulator game. 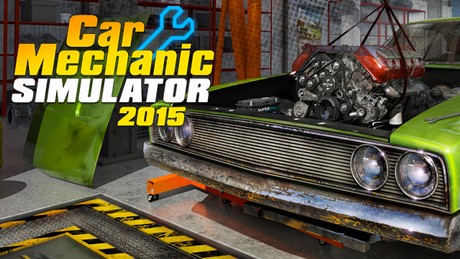 One of last years biggest surprises has just gained a sequel  Car Mechanic Simulator 2015 proves that a thorough facelift can bring about really good results.