Halloween favors horror. The days are getting shorter, the temperature is getting lower, and all sorts of precipitation is constantly falling from the sky. Song of Horror evokes exactly this feeling  it's a cold and drizzly debut from Spanish Protocol Games. Making a horror movie seems easy enough  as proof, see hundreds of movies, books and games that we can access at will. It is much more difficult to make the horror good, memorable, touching, and original. There's not that many truly compelling horrors, and the creators are striving to come up with some original gimmicks with each release.

Song of Horror will be released in episodes. The final verdict will be given once all the episodes are out. The provisional score so far is 6/10.

Song Horror bets on a painstakingly formulaic approach to gameplay and scaring the player. Retro motifs are now in fashion, so this kind of solution seems warranted, but the adverb in the previous sentence is there for a good reason. The Spanish game is an episodic adventure inspired by Alone in the Dark, as well as the first installments of Resident Evil and Silent Hill. Here, however  in accordance with the trend introduced a good few years ago  there's no combat. The player's character explores different levels, looking for clues, solving puzzles and trying not to die, and all this is displayed with cameras floating somewhere around the locations. 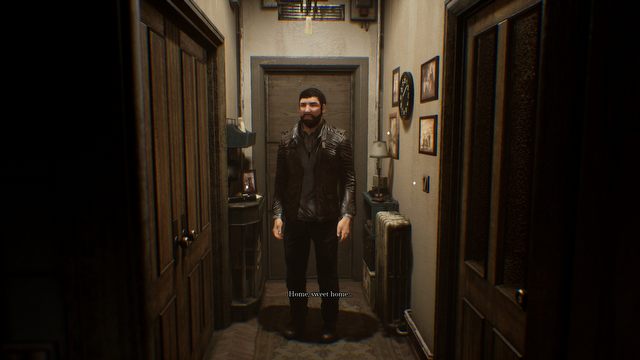 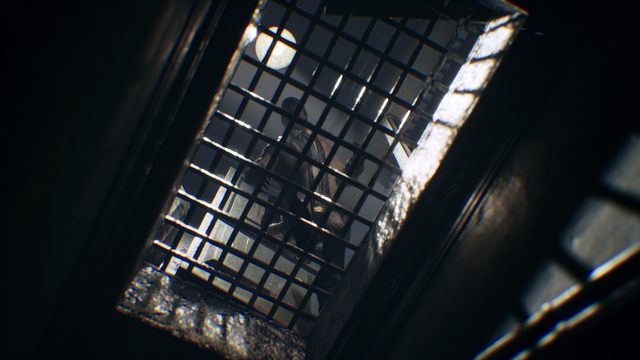 Hey, who's there looking at me!?

The centerpiece of this story is a cute music box, which is playing a melody that influences the way we perceive reality. Or maybe it opens the gates to a place that's much more dismal than a November night? The music box was a gift from an antiquarian to his friend, a famous writer, who mysteriously vanishes soon thereafter. The publisher is growing impatient  after all, the draft of the new novel should have been ready by now, so he sends Daniel, a guy who can get anything done, to find out what's going on. But he also disappears, bafflingly, without a trace. Now, what do the Gods of Narration demand? More people investigating the haunted house!

Song of Horror releases as two episodes of the five planned, all lasting a total of 4 to 6 hours  depending on luck and resilience to the dark force called the Presence. Before the beginning of each of the sections, you need to choose one of the four characters who will take the challenge. Heroes differ in several features, theoretically affecting how the game is played. A strong person will shut the door before the demonic hand can reach them, a "quiet" person will try to avoid the Presence altogether, and, for example, a person endowed with great calmness will not panic so quickly, and so the Presence will not absorb them right away. 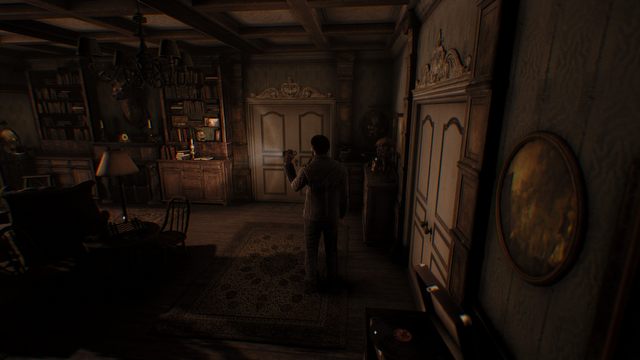 But it said "rustic decor" in the ad!

An extra spin here is the fact that each of the characters can die, and his or her death will be definite. Thus, we either complete the game with one of the subsequent characters, or ultimately fail with the last of them dying. This basically is a modernized variation of typical "lives" in games  here, they're shared among all the characters, and this nicely adds to the tension, which is mandatory in horror.

Unfortunately, however, a few decisions seem to diminish the potential of this solution. The attacks of the above-mentioned dark force are manifested in three ways (more on the way, apparently). If black goo is leaking through the door, and you can see black hands with fingernails that could use some care, you have to shut the door using a bit awkward, but acceptable (if it doesn't happen too often) QTE. If we encounter a blind demon, we need to hold the breath, and move the mouse according to prompts on the screen until the beast leaves, and this works just fine.

But there are also some more intense attacks  the Presence pours in from each hole, door, and cabinet  then you've gotta take to the heels and hide. Once you manage to do that, you have to calm your nerves by settling the pulse  this was designed in such a way, that only the calmest characters have no trouble doing that. Everyone else can pack up and go to hell  we have to aim the cursor into a frame that's just indecently small. And so we lose another character, and fear gives way to frustration. 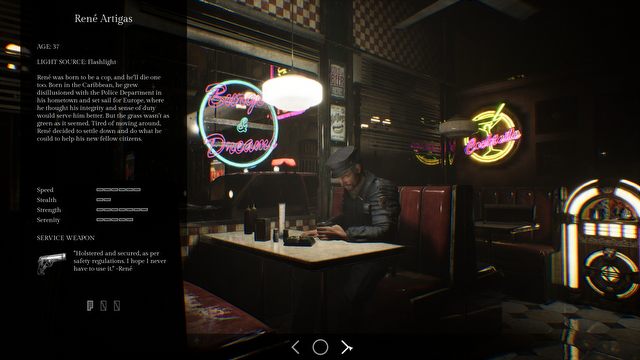 The cop is bad at sneaking, but has some muscle!

The camera system, adhering to the classic games of the genre, does not help. Creative shots sometimes enhance the cinematography of our adventure, but Song of Horror loses its resonance when a sudden change of camera angle causes the hero to immediately turn around and walk the other way. And if that happens when you're trying to reach a door to shut it just before something nasty enters your world, your mouth wants to spell words that would not be appropriate in this, otherwise elegant, review.

Let me just tear the bandage off and dive right into some of the other blemishes I found particularly off-putting: we have poor facial animations, ugly, pseudo-cel-shaded cut-scenes, occasional, minor glitches (wrong subtitles or faulty sound), and sometimes just unclear instructions that hamper progress. The latter issue often results in the player just walking around the locations at random to look for whatever they might have missed. This, combined with the way the camera works, the slow movement, and the fact that the game can kill you just like that (for example because you dared to uncover a mirror  which I admit is a fun idea in its own way) can render the game a rather irksome experience. 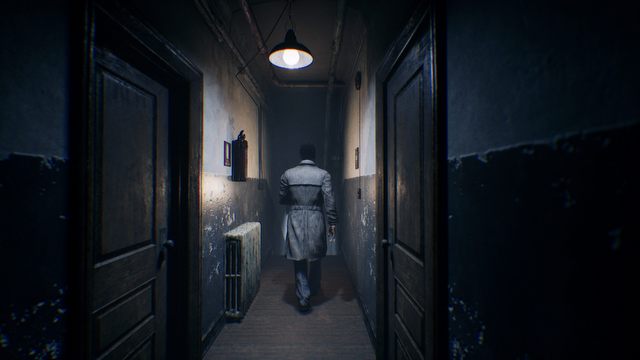 Safe and sound in the basement.

Fortunately, however, all these pitfalls do not spoil the game entirely. Song of Horror has a few, very neat tricks up its sleeve, and they ought to be appreciated by all players, not just fans of the genre. The presentation of the environment, for example, stands in stark contrast with the way characters look. The haunted house, the old bookstore, the cellars, the tenement house  all the locations were created with good attention to detail, dressed in fine textures and pleasing lighting effects. Song of Horror does look really well.

Ugly? Yes, but with potential! 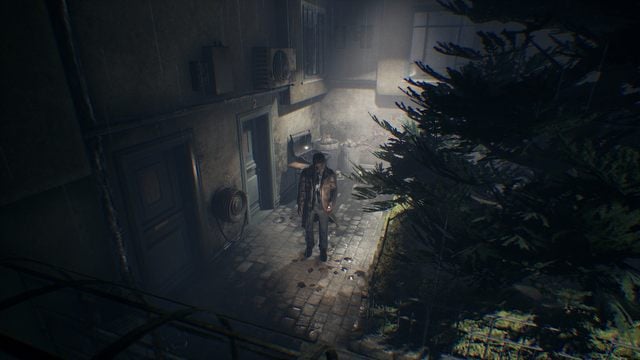 Things aren't much more cheerful outside.

The graphics, combined with suggestive audio, creates a gloomy atmosphere, that can rival pretty much any high-budget game. The horror is palpable, and jump-scares are few and far between, and thus welcome. In this pleasantly unpleasant environment, the characters walk about, searching for items and solving puzzles. It's an adventure game, after all. The challenges the player faces aren't very difficult, but they're mostly inventive and fitting for the world. Apart from the unrealistic and rather forced puzzle that has the player running around the rooms of the antiquarian looking for keys, all the others were totally enjoyable. Especially since at this stage, the plot Song of Horror still has great potential, and remains compelling enough to keep me engaged.

Any fan of horror will surely be willing to shrug some of these shortcomings off. Song of Horror often asks forbearance, and it will be up to personal judgment whether it is granted  lowering the difficulty can help a lot, as the game becomes less frustrating with less frequent invasions of the Presence. I cannot shake off the feeling, however, that the devs made a mistake by sticking to the classic perspective and the QTEs. If the game was presented like a standard, modern TPP, it could have been so much better. At this point, Song of Horror seems to me a fantastic horror, that won't be able to fully spread wings. But we will see how things look after all five episodes  who knows, maybe I will be willing to give it a lot more credit.

I'm a passionate fan of horrors ever since Silent Hill 2 came out on PC. There's not many games I'd consider on par with that excellent classic, but I'm still looking. Song of Horror provided a few hours of good fun, but something wasn't right most of the time. Fortunately, the code seems stable, allowing me to play smoothly at highest details in full HD, on a computer with a Ryzen 5 1600, 16 GB of RAM and a Radeon RX 570 4 GB.

The Webedia Group is a partner of the Song of Horror project, released by Raiser Games. 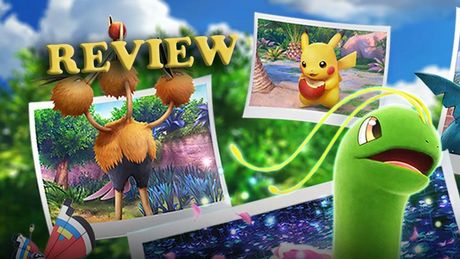 New Pokemon Snap Review: Back Behind The Lens

The endlessly charming Nintendo IP finally returns to homes after a 22 year hiatus. With the Switch release, Bandai Namco breathes lots of fresh air into the classic, bringing an extensive and faithful production. 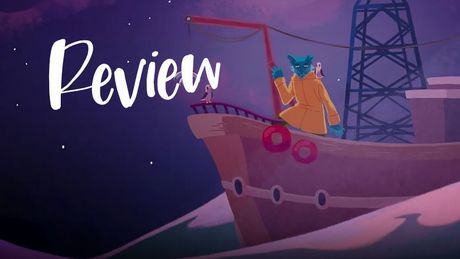 Before Your Eyes Review - Keep Blinking and Try Not to Cry

I can't remember the last time a game was so close to making me cry. Perhaps it was What Remains of Edith Finch? Yes, these two games have a lot in common, including creative gameplay. To fully experience Before Your Eyes you should have a webcam 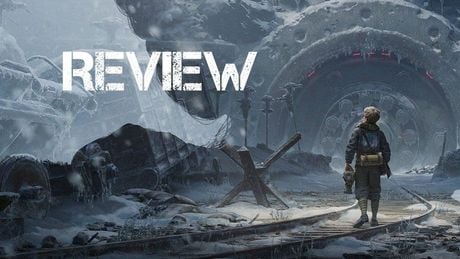 Song of Horror for PC turned out a pleasant surprise for our users - the current average score is higher than pre-release user expectations.