It was supposed to be a short review. What's there to say about three, rather oldish games in which we jump and run around with a dude in red hat? 3-D Mario platformer games are the premier representatives of the genre – by some considered the best games there are in general. These aren't particularly complicated games. Simplicity is one of their main advantages. Simplicity and elegance of design – the trademark of one of the most significant people of the industry, in some way involved in the three games we're talking about. 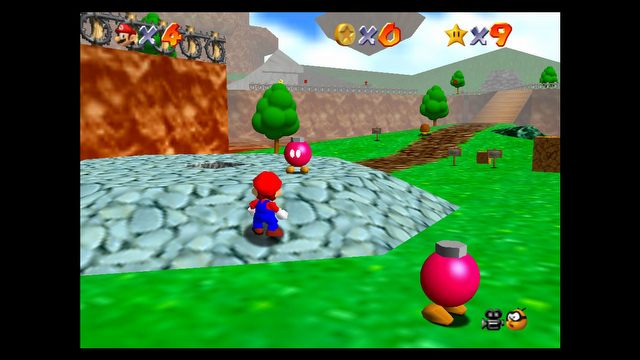 SO SIMILAR, SO DIFFERENT

These three games obviously have a lot in common. Starting from the protagonist, the villain, and ending on the set of available moves. Mario follows a similar structure, in which we travel from the main hub to further locations to collect necessary items and complete the game.

The genius Nintendo is that every they make a game about the mustache plumber, it's something different. The classic 64 laid the foundations, then expanded in Sunshine, which brought some of the greatest levels in the series, and a water jetpack. Galaxy, on the other hand, was about space, gravity and playing with perspective.

You may not remember that, but the launch of Super Mario 64 was a big deal. The three-dimensional graphics seemed beautiful at the time (the second Elder Scrolls was released in 1996; it doesn't really compare in terms of graphics), and it wasn't even the best part. When the first Tomb Rider (also 1996) vexed players around the world with primitive controls, Mario brought some great responsiveness. The variety of moves, smooth animations and precise control over the hero were simply unprecedented – and to this day remain comparable to modern games. 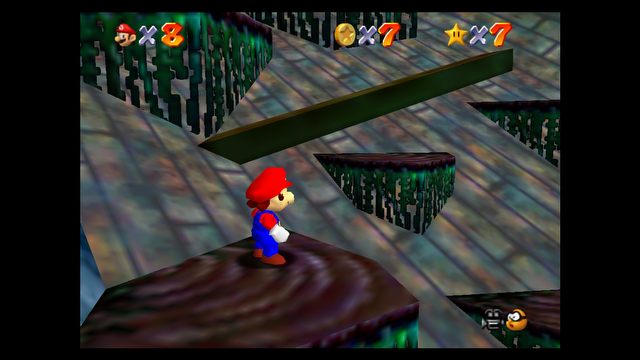 Super Mario 64 isn't just about the graphics or the surgical precision of controls. It's also about great, open levels that we could freely explore – go wherever we wanted, almost freely manipulating the camera. I know it's hard to take it for granted, but comparing it to the first Crash (also the same year) tells you about everything. The difference is huge. The freedom was mind-blowing. In 1996, Nintendo released an absolute technological masterpiece. There's a reason 64 is still present on various lists of the greatest games of all times.

All right, but what about today? Can Super Mario 64 make it in 2020? It still is a great game, but a player that has never experienced the game, should know one thing: this game makes Darks Souls seem a child's play. This Nintendo 64's legend seems crude, but that's just a matter of getting a hang of it. The feats that speedrunners can achieve in Super Mario 64 are quite astonishing. There's no gap they can't leap over, no combo of ultra-precise moves they couldn't attain, no penguin they couldn't drop down a precipice... This may be the most rewarding game out there when it comes to repaying long hours of practice, as well as plain skill – unless we're talking about another game from the series. 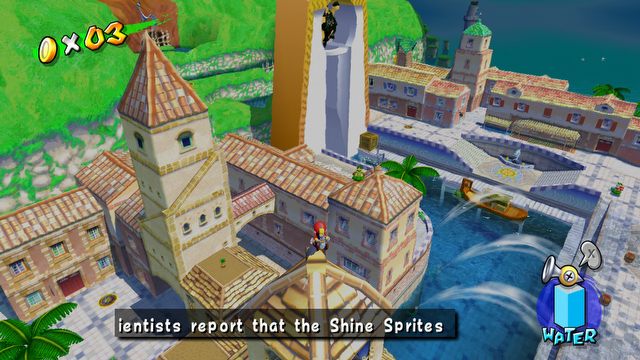 Sitting down to 64 for the first time, you'll understand what the word 'old-school' means, because this game could be its dictionary definition. On the one hand, it's still the same great production, with iconic levels (Cool, Cool Mountain!), original music and mostly unclear instructions, typical of games of the time. On the other hand, the graphics are visibly outdated, the controls require some getting used to since Mario moves a bit like a tank, and the camera is annoying far too often. Whom would I recommend Super Mario 64 today? Above all, the gaming connoisseurs. If you're just starting your adventure with three-dimensional series hits from the 64, don't start here. Play Galaxy and Sunshine, and get back to this classic last. Seriously, you're gonna be doing yourself a big favor.

Unfortunately, though, the return to the 1990s in Super Mario 64 has a lot of nostalgic charm, the game could use some polish. Yes, I was disappointed with the quality of the port. In fact, we're dealing with exactly the same game that appeared in stores 24 years ago. Noticeable loadings of Chain Chomp, or gold coins popping-in only a few feet before the character, is the dark side of the 64's old-school vibe. Anyone, who appreciates true classics, on the other hand, will pretty much love everything the game brings with it, since it's exactly what they remember from the times when they were sitting in front of a flickering CRT instead of doing homework. It's a shame, though, that Nintendo didn't try to turn up the heat on this classic a little. Things such as drawing distance, dumb camera, or the ancient 4:3 image ratio could have been improved, with the option of turning them off to satisfy the veterans.

These few flaws, however, don't change anything – Super Mario 64 is an absolute classic. It's the perfect foundation for the whole series. A milestone and a benchmark for the whole genre. It is, after all, a game that embarrasses modern competition even today. It's great that more players can get to know it.