I approached The Dark Crystal: Age of Resistance Tactics with unfeigned self-restraint, as it’s a game based on the license of a series and such games (usually) were not the best. One can enumerate tons of examples, starting with the average Prison Break: The Conspiracy and finishing with the most recent attempt at taking Pablo Escobar series fans’ money, namely Narcos: Rise of the Cartels. After over a dozen hours spent with The Dark Crystal I can breezily say that my concerns were, at least in this case, unjustified. The developers from Bonus XP, also known for working on a rather good game called Stranger Things 3: The Game, did a heck of a good job when designing a quite nifty and pleasant game commissioned by Netflix. 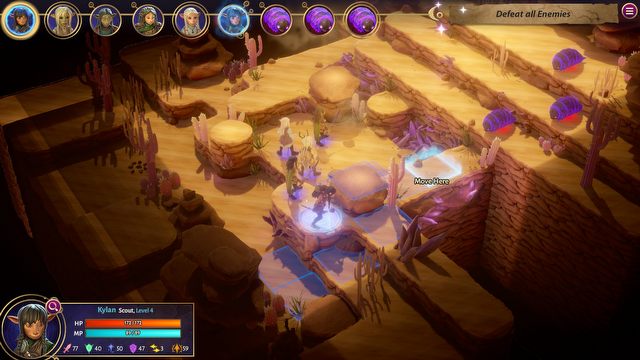 The Dark Crystal: Age of Resistance Tactics is an homage to the fans of the original movie from 1982. Similarly to it and the Netflix show, the characters are not represented by the actors but by puppets. The new adventure, though, was executed with modern cinematography trends in mind with a lot of visual effects sprinkled on the top. Thus, the fans received a combination futile to look for across the global cinematography. The plot in the game does not deviate from the one in the movie – after all, it’s an adaptation, so it should not come as a surprise that The Dark Crystal is more a virtual walk through the script designed by Netflix. 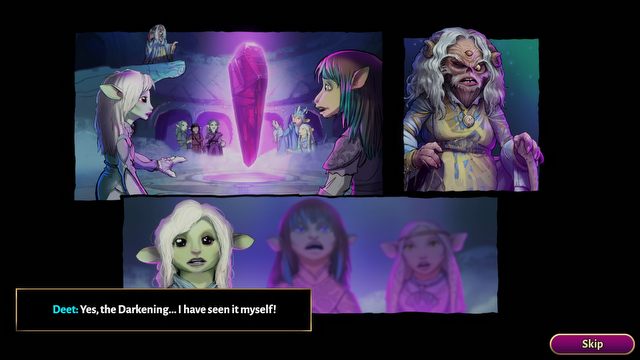 The Darkening is spreading across the planet of Thra – it’s an evil Energy altering living creatures into mindless and aggressive beasts. The threat remains unnoticed by both the Gelfling – the native inhabitants of Thra - and Skeksis – the ruthless invaders who peacefully subordinated the locals, secretly draining the life essence from tchem using the titular crystal. The whole intrigue is then uncovered, and the great adventure of the Age of Resistance begins. 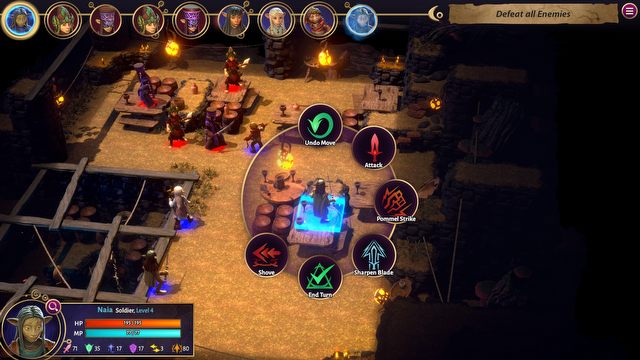 The Dark Crystal: Age of Resistance Tactics revolves around the grand battles featured in the series – from the tavern brawls and rows (originally lasting over a dozen seconds) up to the battles against the most evil villains of the entire Dark Crystal universe. In this case, the battles are turn-based so they are far from the dynamic one could witness in the show. Consecutive story points emerge on the map of Thra, and players need to wage battles there to move the story forward – click on one of them, win the battle, and move on to another point where you have to fight another villain. The battles enough are bound to provide fans of strategizing with a lot fun (however, they will not surprise the X-COM series’ old birds), as one has to reach the high ground – the maps have multiple levels – in order to inflict more damage and remember not to attack from below, as the character will perform a less effective attack. If the combat mechanics and victory conditions were each time limited to eliminating hordes of enemies, the game would be just “OK” – and would surely be too repetitive, as one has to engage battles across “over 50 levels”. You’d be bored to death before reaching level 10. 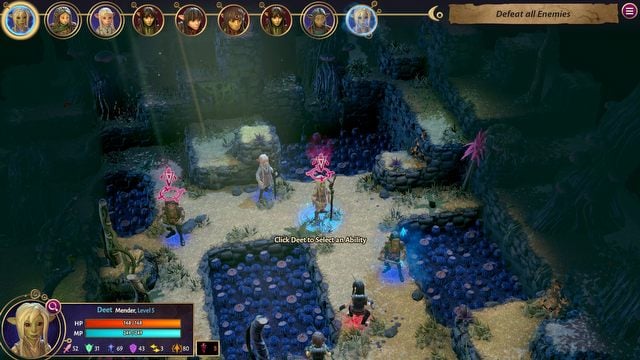 Luckily, the developers thought about this and each level features a different variable determining the victory conditions. Most often, the player is required to „defeat all enemies” and keep a given character alive (others don’t die, they are knocked out). More conditions include reaching a given spot with three characters to escape, defeating a boss (in such cases the player can only deal with the toughest opponent). It is also common for the victory conditions to be related by signature events from the show – such as the Podling bath at their village (in this mission, one has to knock out four Podlings). There are a lot of different tasks and they perfectly blend with the story featured in the show. The game lacks cutscenes, though, as they occur only during consecutive battles on the in-game world map. During these cutscenes, the camera is placed over the talking characters, which completely didn’t work for Warcraft III: Reforged but is perfect for the “puppet” world shown in the series. 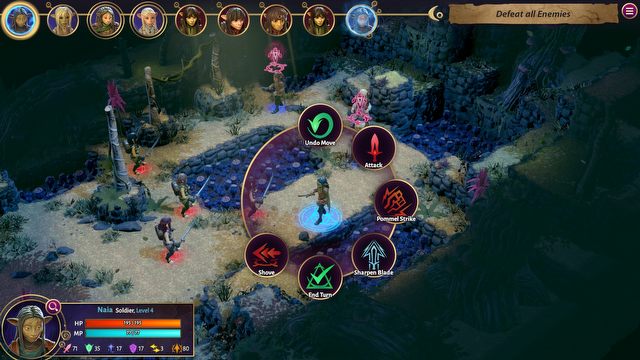 The characters participating in the battles earn experience points and develop their combat potential – with time, they can receive a secondary class choosing from soldier, scout and healer (one can assign them freely, thus the heroes from the show, instead of being a soldier might actually become a healer, which on the other hand wouldn’t make much sense due to this character’s features). With the next experience levels, Gelfling become more powerful (players will quickly find their 4-5 favourite heroes and use them through the majority of the game, causing them to become more powerful than the remaining characters) and unlock new abilities. Completing consecutive levels is rewarded with precious equipment that increases characters’ stats – players can also purchase it at the store, however, one can forget about buying most of the unique items as the magic currency is scarcely limited in the game – thus, not all gadgets are available to acquire this way.