The Dark Crystal: Age of Resistance Tactics is a turn-based strategy game licensed after the Netflix fantasy series. The game was created by BonusXP studio, also known for developing Stranger Things 3: The Game.

The action of the game takes place in the fantasy land of Thra. The plot tells the story of the Gelfling clans who start a rebellion against the Skeksis Empire.

In the campaign, players have to take five territories from the enemy. Each of them offers its own stories. The game recreates the plot of the series, but at the same time it adds many new storylines, allowing players to get to know the land of Thra better.

As the title suggests, The Dark Crystal: Age of Resistance Tactics focuses on tactical battles, in which players command a squad. The battles are played in a turn-based mode, and winning requires the efficient use of the unique abilities of each of the warriors.

One's subordinates can be trained in one of fifteen specializations. Players also get to utilize the hero development system, which allows them to unlock new abilities and improve the statistics. The game also offers a wide range of equipment, including weapons and armor.

The random events make the clashes more attractive. Some of them can give players an advantage, while others can make it harder to win.

The Dark Crystal: Age of Resistance Tactics offers a single player mode only. After completing the campaign, the New Game Plus variant is unlocked, allowing the storyline to be played again with a much higher level of difficulty while maintaining all the improvements. 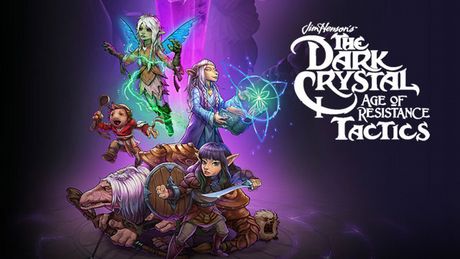 Games based on movies or TV series are usually really bad. The Dark Crystal: Age of Resistance Tactics definitely bucks the trend, and is as successful in that, as the Skeks' invasion of the planet Thra.

During Nintendo Direct, The Dark Crystal Age of Resistance Tactics, a tactical RPG based on the upcoming puppet film, was announced.