GameBoy, the cult portable console from the 90s is slowly fading into oblivion. The 4.19 MHz technological monster allowed kids to enter the world of Mario and Luigi, Pokémon, Ninja Turtles, Donkey Kong and many other heroes iconic for that generation of players. Today, twenty-six years after the release of the original console, those kids' children can see for themselves what game their parents flunked school for. The Legend of Zelda: The Link's Awakening is one of the best remasters of recent years. It not only enables you to get back to those wonderful times, but makes sure the return is as painless as possible. Most of the time, that is. 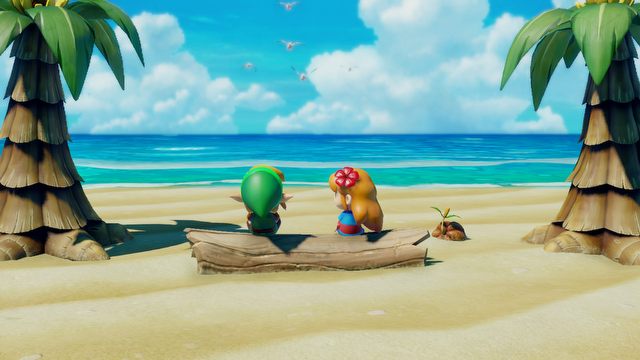 The cut-scenes are really charming.

Released in 1993 for Game Boy, the game enjoys a cult status and is considered by many players the best installment of Link's adventures. But revisiting such holy grails of gaming is always a risky endeavor – this review of Link's Awakening will try to answer the question whether 30 years is enough to kill a “timeless classic.”

How's it so unique? 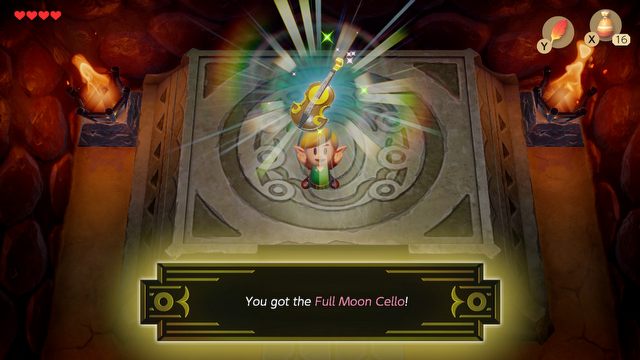 The ultimate goal of the game is collecting the eight instruments that will let us awake the giant.
PROS:CONS:

During a powerful storm, Link crashes off the coast of the Koholint Island, where a certain fair, young lass finds him and brings him home. Although the game is filled with motifs typical for the series, we won't find neither the continent of Hyrule, nor the Tri-Force, Master Sword, nor even the title Zelda. This, rather original, take on the remaster derives from the story behind the production of this title, in which Shigeru Miyamoto, the creator of the earlier installments, hasn't participated. I of course mean the original version from the nineties – it was initially created during afterhours under the supervision of Takashi Tezuki. The famous Shigsy seemed to have more important stuff to do, so he only participated in Link's Awakening tests, from time to time sharing advice and experience.

One of the developers – Kazuki Morita – wanted to experiment with inventory and the ability to combine items. This "retrocrafting" was a visionary idea well ahead of its time, and was something fresh and bold in the game released for a mobile platform. I won't spoil you the pleasure of discovering the game yourself, but at the time of the original release, the game was truly extraordinary. 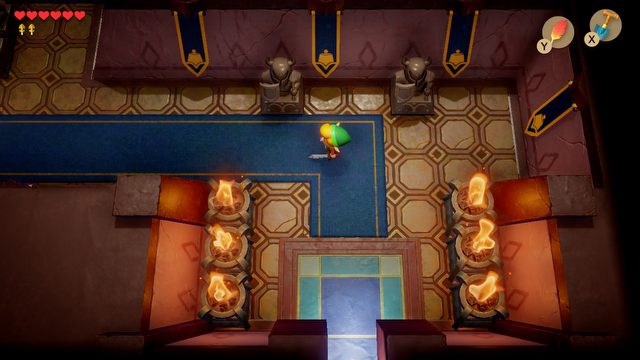 This isn't the Hyrule Castle, but a similar structure is mandatory in the game.

Therefore, the developers of Grezzo faced a serious challenge. The game enjoys a cult-classic status and was a real wonder years ago, so it definitely needed to provide a comparable quality in 2019. Grezzo was chosen for this task for a good reason – their back catalog includes two ports of The Legend of Zelda for 3DS: Ocarina of Time and Majora's Mask. Preparing a port, however, is a different pair of shoes than creating a game from ground-up, especially if it's supposed to stay so faithful to the legendary original. Cults and legends aside – the clock is ticking, times change, and getting the approbation of a new generation of players required a few adjustments in the mechanics, mostly with regard to the way inventory works.

Remember where you came from 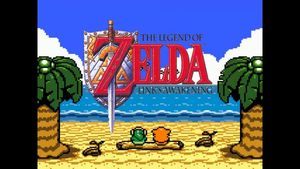 Link's Awakening was released in 1993 for the Game Boy. The graphics of this game seem rather amusing today (and some may find them nostalgic), but back in the day, the visuals really were something. In 1998, the game go a reissue on an improved Nintendo platform – Game Boy Color. The biggest addition were new screens from Sharp. The resolution reached a dazzling 160x144 p. Some addictive stuff right there.