The Legend of Zelda: Link's Awakening is an action adventure game set in the fantasy world. It is a remake of a classic game sharing the same title, originally published in 1993 on a portable Game Boy console. Both the original and the new version were developed by Nintendo.

In the game Players assume the role of Link, the hero of all the main installments in the series. This time, however, players don't have to explore the land of Hyrule; instead, the action is set in the mysterious island of Koholint.

Link gets to the island after a storm smashes the ship onboard which he travelled. On the spot, the hero discovers that the only way back home is to wake up the island guard sleeping on top of Tamaranch Mountain. In order to do this, he will have to acquire eight magical musical instruments.

In terms of the gameplay mechanics, The Legend of Zelda: Link's Awakening remains faithful to the original version from 1993. Thus, players receive a classic action adventure game. The events are observed from a camera placed high above the character's head, and the game boils down to exploring the world,within an arcade formula of fighting enemies and solving puzzles. The experience is diversified by occasional platform sections.

Remake reproduces the original campaign, with all the challenges, locations, and quests. Improvements are mainly limited to controls system, which is more convenient than the original version.

The new The Legend of Zelda: Link's Awakening differs from its original mainly in terms of its audiovisual setting. Visuals have been redesigned and simple 2D models with large pixels have been replaced by 3D characters and locations. Also the soundtrack and the sound effects have been recorded from scratch.

The Legend of Zelda Link's Awakening Guide contains a detailed and illustrated walkthrough for the main and side quest, description of the most important secrets, exploration , bosses and collectable items. 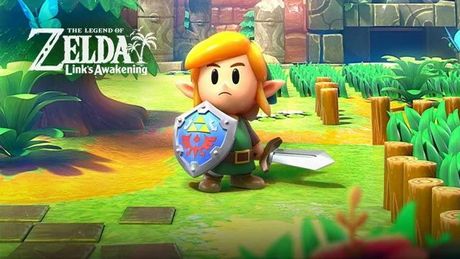 We never have enough of The Legend of Zelda. This time, Nintendo again revisits the past to brush off the one of the best hand-held adventures of Link  Link's Awakening, originally created in 1993 for the Game Boy.

Nintendo has announced that The Legend of Zelda: Link's Awakening remake, the classic version of the series, which was originally released for the Game Boy portable console, is heading for Switch.

During a special presentation from the Nintendo Direct series at E3 Expo 2019, a new trailer of The Legend of Zelda: Link's Awakening was revealed. Dungeon editor will be available in the game. Game received a release date, too. It's September 20, this year.