In terms of story, Link's Awaking is a highlight of the entire Zelda series. Tezuki was heavily influenced by the fantastic TV series, the original Twin Peaks, which is reflected in the story of Link. In order not to avoid spoilers, I shall only reveal that the goal is to find eight musical instruments that will allow us to awake a great whale, dormant in an egg atop a volcano. Only when this happens, will the main character be able to leave the island. 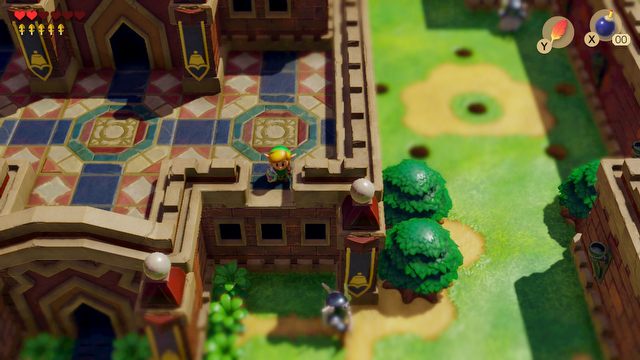 You could quite easily make the argument that if you've played just one of the Zeldas, it's like you've played all of them. Individual parts of course have different plot, oftentimes different items and mechanics, and, depending on the platform, they also differ in the way the world is presented, but the remaining elements are mostly identical across all games. Things are similar here  we won't find here the characteristic locations such as the Kakariko Village, Zora's Domain or the Hyrule Castle, but all of these are here, only under different names. 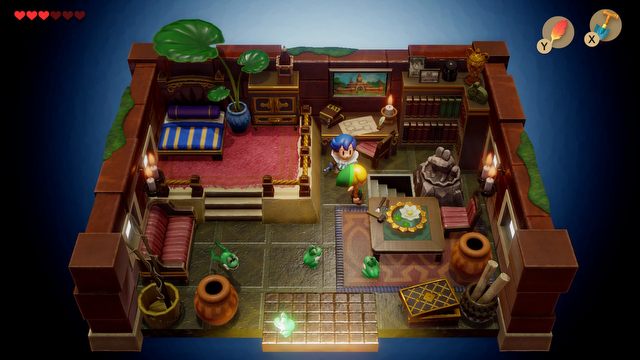 The interiors are obviously more detailed than in the original.

The game world is divided into a dozen or so regions, which appear on the map only after they've been discovered. The extremely handy map was, by the way, drawn with all the small details, and the ability to zoom in allows you to plan the trip in accordingly, so that you always know where you're going. Then, there are the teleports that enable you to instantly get to a remote location. Some place remain inaccessible until you get a special gadget that will let you reach them.

I don't wanna hold your hand 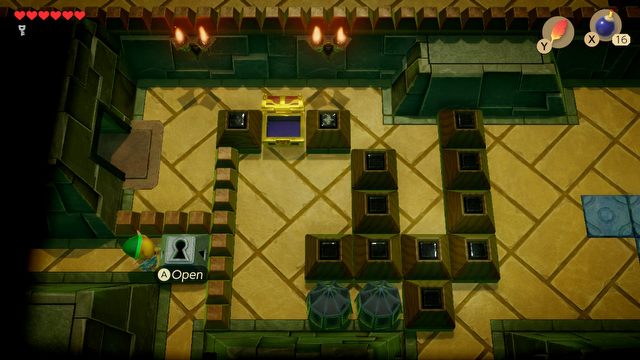 Everyone who ever played any of the games of the series, know perfectly well how gameplay that has all the seeming of a classic metrodivania, looks like. Exploration of the open world allows you to discover dungeons, where, in turn, you will find keys that open new rooms. In the unlocked rooms, we defeat minibosses, and finally get the special key that will let us face the ultimate boss of the entire game. Before that happens, however, we'll have to solve around a dozen puzzles, usually related to some new gadget we've just obtained. Therefore, the main task often boils down to figuring out how to use the given item. And I have to admit that this particular part of the mechanics is my favorite gimmick in these games. The puzzles are, of course, not rocket science, but finding the solutions can be quite satisfying anyway. 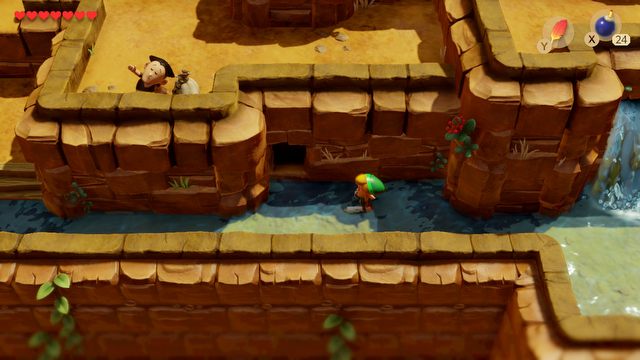 The characters that we meet will often have us run errands for them.

I wrote that the setting and the world of Link's Awakening is diverse and complex, and so there's a risk of getting lost or stuck. This, however, doesn't happen often, because the narration has been done with true mastery. If you're just paying attention to what's going on in the story, you shouldn't have problems figuring out what's what, even though some characters unsurprisingly use rather cryptic language. Still, you shouldn't feel lost too often, especially since the owls that we bump into every now and then give pretty precise directions. In case something goes really wrong, you can always resort to the phones scattered here and there  using them will promptly let you find your bearings. This solution may seem a bit bizarre and unfit for the general atmosphere, but it can come in handy. In dungeons, the owls also offer directions, but only after we find the lost beaks.

All in all, the puzzles found in the game are not especially difficult; they are, however, challenging enough that solving them can still give you some satisfaction, and encourage further exploration in search of new secrets.

Link's Awakening is also diversified by some mini games, such as fishing, or small, 2-D chambers. What's more, even some boss fights come in this form, which is a nice change from the standard slaughtering of cave and forest beasts. The even better news is that these don't happen too often, so there's no risk of saturation. 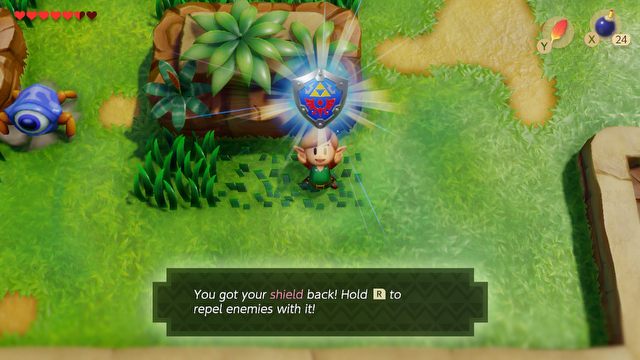 A certain monster can eat your shield, but getting it back is pretty simple.

Apart from the main thread, we also get some side activities, such as collecting seashells (which can give you access to a special sword!), building your own dungeons, and completing a set of challenges from a certain character. I admit, though, that I wasn't particularly inclined to complete most of these activities. Building dungeons seemed a bit pointless for me, since you can only use elements of these locations that you've already visited, but I'm sure more avid fans of Zelda will be happy to complete these with all sorts of additional constraints  within a time limit, or without a sword. This element of the game is more of a sub-standard Super Mario Maker.

According to our users, The Legend of Zelda: Link's Awakening for Switch was a disappointment - the expectations before the release were higher than the current average user score.