"What is dead may never die" – this neat bon mot seems to fit the dusty classics such as Another World and Flashback, and maybe also Heart of Darkness, the youngest and perhaps the least known of the three, at least to some degree. There are still people who haven't forgotten those illustrious titles and, driver by their influence, they create their own stuff. The year 2016 will be an exceptional period for the fans of retro gaming. Several days ago the world was reminded of the Shadow of the Beast franchise, and Keiji Inafune will soon return with a new variation on Mega Man – Mighty No.9. In between those events one more game is hitting the shelves – a Polish platform/logical game funded via Kickstarter. The Way follows the path first travelled by Eric Chahi and delivers a story about conquering the death of a beloved woman set in pixel-art surroundings. In this game the works by Chahi and Delphine Software meet Myst. Suffice it to say that for most of the ten hours required to complete the game I was sitting in front of the monitor with my mouth agape, admiring the artistry of its creators. Gentlemen, I believe you know what an honor it is to have The Way mentioned among all the aforementioned titles. 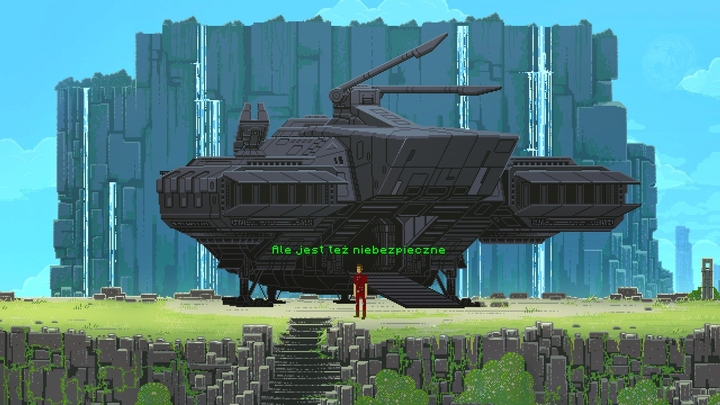 The Way is a two-dimensional platform game in which the main character is looking for a way to bring his deceased beloved back to life. Seems difficult, but by no means impossible, because, according to the protagonist's calculations, there is a way. The thing is, he must first hijack a spaceship and transport himself and the body of the woman to a distant planet. One that the protagonist had studied before, but – as it turns out in the course of the game – not as thoroughly as he thought.

The plot may seem a bit strange, but that's the charm of most of the old tales of interstellar travel. Once we’re on site, we also encounter the obligatory mysterious signs, temples, and – what's equally important – alien civilizations. The fascination with Chahi is all too evident in things like creature designs – both the deadly and the friendly ones. At some stage we even get our own pet – after we killed its mother seconds earlier. Having nowhere else to go, the poor pooch follows the protagonist, who eventually becomes its new master and friend. The developers sure know how to play on our heartstrings. Hackneyed? Sure is. Seen it a thousand times before? Yes, so what? Here, it works like a charm, with no small thanks to the minimalist means of narration.

While there are no traditional dialogues in this game, the hero doesn't remain completely silent either, which sets him apart from Another World's Lester. There will be plenty occasions for us to read the protagonist's comments on what is happening on the screen. Any hints of the hero’s character, if present, are limited, allowing him to keep most of his personality hidden from the player. Understatement, the mysterious aura surrounding the temples on the planet – all these elements hit the right spots and made the immersion stronger. If not for a few problems that I encountered during the journey, I would have probably ended up completely swallowed by this pixel world and refuse to ever leave it. 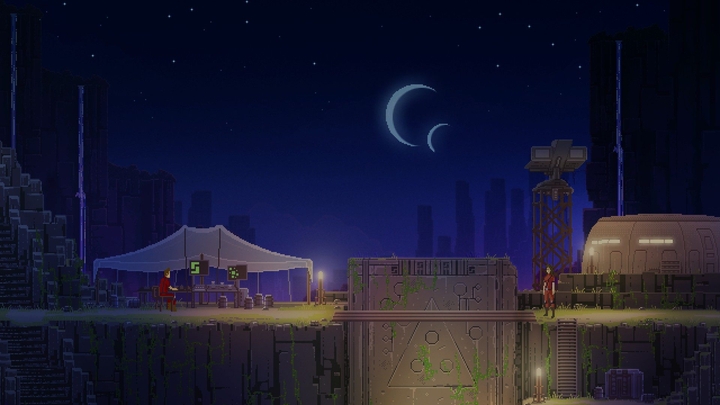 Would you look at that, yet Another World with two moons.

The Way does not refrain from combat sequences. We get a gun at the beginning of the game, allowing us to effectively eliminate the ??robotic guardians eager to exploit our every mistake. Shooting mechanics are relatively free of problems; as a matter of fact, those appear only when we have to deal with alien fauna and attempt to cross a damaged bridge. The bridge was the first game location that surprised me, unfortunately in an unpleasant way – not with high difficulty level, which is more or less constant throughout the game, but with the lack of precise controls. This problem also appears when escaping various beasts, rapidly climbing a stone ladder of sorts, and in the case of some puzzles, which we come across in the course of our trek. 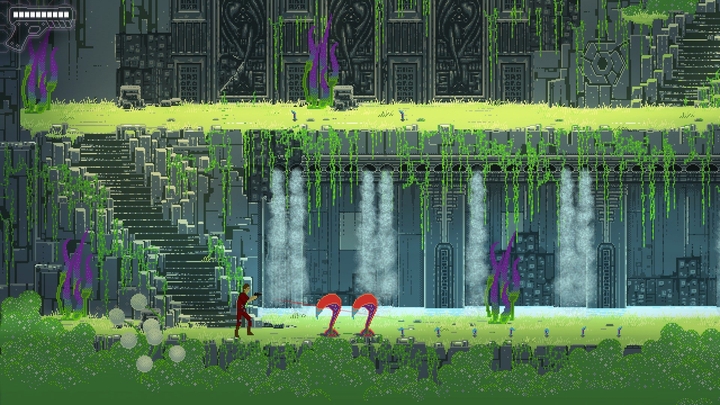 Some sections will take more than one try.

In this game we die easily and often. The protagonist doesn't have a health bar for a simple reason of having no use for it – one slip and he’s done, no matter the opponent. Everything is hostile, but unfortunately there are enemies that can’t be dealt with for good. One thing that bothered me were the checkpoints, placed perhaps a bit too far apart. On a couple of instances I actually cursed under my breath, and when I died for the tenth time in the same place – not always due to my fault (see inaccurate controls above) – I tended to lose my enthusiasm... Fortunately, not for long.

As we clear subsequent levels, we find hint notes that are essential in the initial stage of the game – they contain things like a mechanic’s comment on the appearance of a fuse or the launch codes for a spaceship. Later on the tasks become much more difficult, and many of them require us to kick our brains into gear for at least a while. You can forget about going through the whole game in a single stride. An amazing adventure platformer at its core, The Way also includes some Myst-like features. The puzzles here are not just difficult; often before we even attempt to solve them, first we need to decipher their meaning. They are also very diverse and use the gadgets carried around by the protagonist, such as an energy shield or an item that allows him to move the elements of the environment via telekinesis. 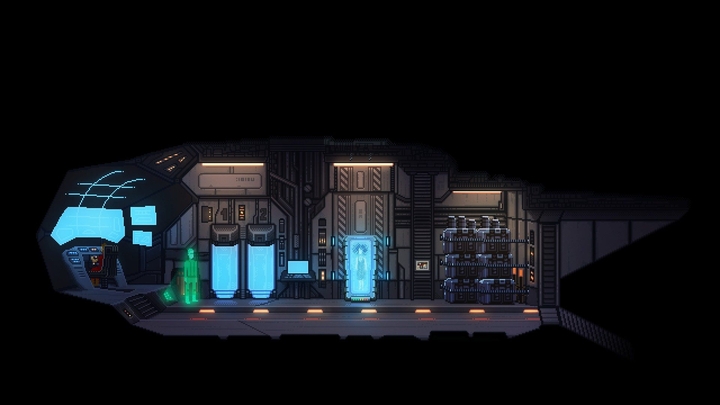 The Way is lots of lovely pixel art, a brilliant soundtrack that creates an atmosphere out of this world, and tons and tons of classic retro sweetness disguised as exploration of a mysterious alien planet. At the same time, the game sets itself apart with its wonderful location designs, which are really memorable. Malcontents will frown at faulty character animations, and fairly so – admittedly, the game lacks some fps to match the smoothness of Flashback, but it’s not important here, as the game from Puzzling Dream focuses on different things. Still, the authors should improve the controls. All in all, it’s an adventure platformer (bordering on stealth in some sections) and at the same time a challenging puzzle game that has a chance to appeal to the younger players who are not familiar with the old classics that inspired the developers. For me, The Way was one truly pleasant surprise. 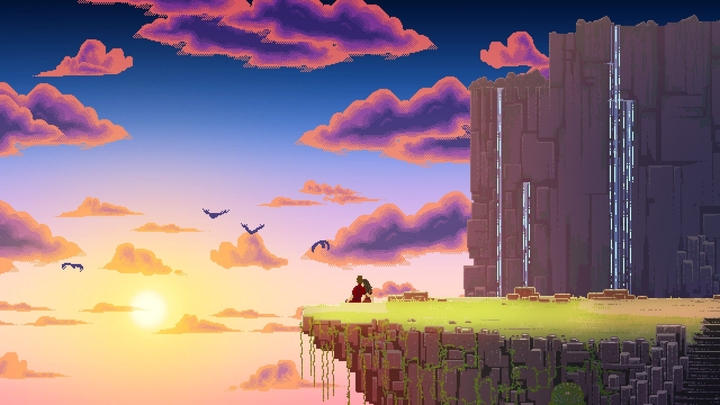 Obligatory collectibles depict scenes from the protagonist’s past.

The Way for PC turned out a pleasant surprise for our users - the current average score is higher than pre-release user expectations.