The Way for PC and XONE is a two-dimensional science-fiction platform game the style of which refers to classic games such as Heart of Darkness, Another World and Flashback. The game was developed by PlayWay studio, creators of such titles like Professional Farmer 2014 and Car Mechanic Simulator 2014. The game was completed thanks to a successful crowdfunding campaign on Kickstarter.

The main protagonist of the game is a young scientist who is a member of a crew that explores space. He lost his beloved recently and he cannot accept that. During one of the missions he discovers ancient notes according to which there exist a way to have eternal life. Hoping to bring his beloved back to life, the protagonist decides to return to one of the previously visited planets in order to examine the source of the ancient knowledge more thoroughly. However, the place, inhabited by an ancient civilization, hides much more secrets and dangers the determined scientist will have to face.

The mechanics of the game are very similar to the cult Flashback game developed by studio Delphine Software. The main part of the game consists of exploration combined with riddle solving and defeating various obstacles. One will also face hostile inhabitants of the planet. Luckily, the protagonist can use aliens ancient artifact which gives him various special powers such as telekinesis, teleportation and the ability to deflect bullets.

The Way for PC and XONE was created mostly in order to fill the gap of the once-popular genre of platform games. It is a tribute to classic productions. The game refers to classics in its old school, pixel art graphics and in its level design clearly inspired by works of Éric Chachi. The developers from PlayWay studio focused on the atmosphere of the game and emotions felt by players during the game  in their opinion, many modern games are lacking in these aspects. 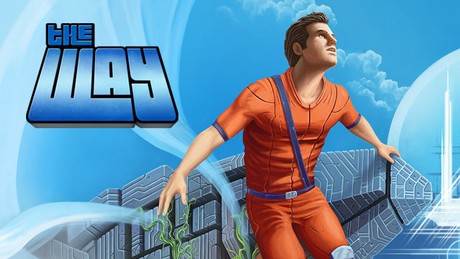 The Way Review  revive your love in pixel art

Drawing inspiration from cult classics such as Another World or Flashback is a commendable thing to do. Still, is this simply a marketing ploy or did the creators actually succeed at bringing back the spirit of these great 90s games?