One of my fondest memories as a kid was going to our local arcade with friends and playing Teenage Mutant Turtles: Turtles in Time. We would spend our entire afternoon just trying to beat the game playing as different turtles and flinging quarters in each time one of us took too many hits. It was a different time back then, and games like TMNT were one of the many pleasures of growing up.

This is one of the reasons Dotemu’s reimagining of these arcade games in TMNT: Shredder’s Revenge feels so pure. Everything that made these games so much fun back then has been recreated, improved upon, and presented in a way that shines a spotlight on some of the best moments of gaming from back in the day. But don’t worry, nostalgia isn’t the only thing holding this game together as it could just be one of the best 2D beat-‘em-ups you get to play.

Inspired by those that came before it, Shredder’s Revenge is an amalgamation of past Turtles games and the charm of the cartoon show. Offering you both a story mode and a classic arcade option, the game offers you 16 levels of side-scrolling good times where you will be fending off against a variety of enemies across colorful locations throughout New York City and even another dimension. 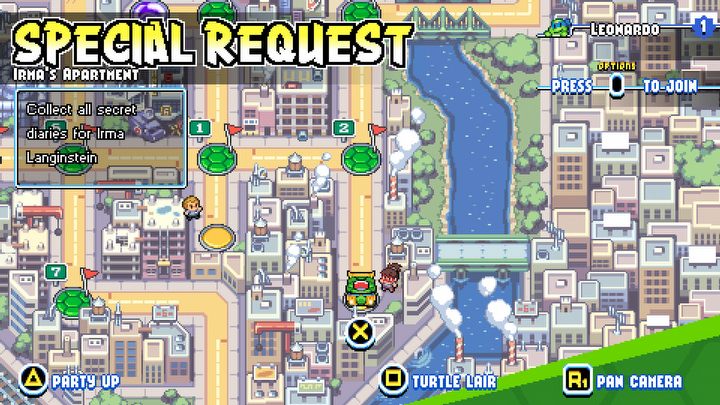 Story mode is one of the best ways to experience the game as you get to see some cool cutscenes in between each level that follows the turtles in their attempts to stop Shredder and his Foot Clan’s from exacting revenge to take over New York City. During PAX East, one of the developers told me each level is meant to feel like an episode of the show so you can expect lots of Foot ninjas of all colors and a boss battle at the end. Story mode also offers you an overworld map of New York City with each level taking place in its various boroughs like Broadway, Coney Island, and even Times Square making the game feel larger than life.

Great for players who want to outdo themselves or their friends, arcade mode lets you experience each level back-to-back with little interruptions, limited lives, and no way of saving. Think of this mode as a more challenging version of the game that will make you feel like you’re back at the arcade trying to get the highest score to top the leaderboard—except this time, you won’t need any quarters.

Levels, while colorful and wonderfully animated, are what you would expect from a classic beat-‘em-up. Enemies will sometimes jump out and surprise you from the bushes or behind a door of a building, and various environmental traps like lasers, falling lights, or even moving cars will line your path for you to avoid. Despite the variety in the locations, I wish levels didn’t feel so one-dimensional. You will mainly be moving left to right and sometimes up and down, but more could have been achieved to change up its usual flow. A gradual evolution to how each level opens up and behaves would have taken it to the next level. Sure, it’s fun to rush through a TV station, a carnival, and even hover over clouds, but it starts feeling a little too safe and familiar by the time you’re near the end. 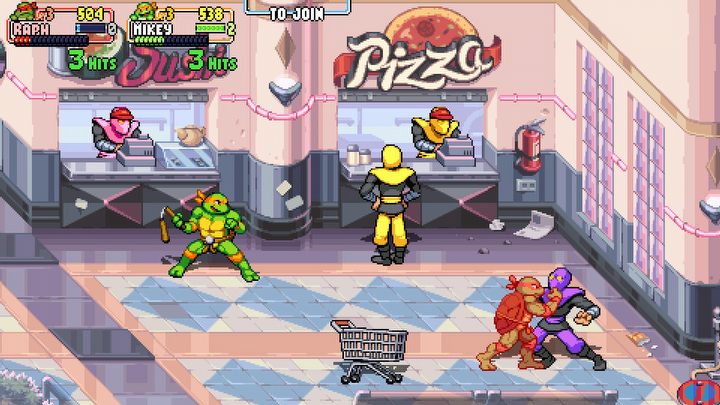 Combat, on the other hand, has received a nice upgrade and allows the game to do more than just be a button mashing good time. Yes, you will still be mashing your attack button a lot, but now you can pull off cool combos, special moves, and even jump attacks to add some spice to your playthroughs. The game is fun to play by yourself, but it truly shines when you have more people on your party. Even playing with one other person makes the game a collaborative (or competitive) experience where you and your teammate can decide who gets to eat that yummy pizza to regain your health or who will yell at whom for messing up one of the challenges that unlocks extra points to level up your character.

Leveling up only happens in story mode, but it lets you rack up points by defeating enough enemies or completing challenges to automatically level up. You gain more health, access to more “Ninja Power” to pull off more special attacks, and you even get to unlock a “Radical Mode” that temporarily boosts your stats when you need it. Levels also contain simple collectibles for you to find, which when complete, will reward you with more experience. These features don’t add much to the game’s direction, but they definitely give you hours of replayability if you want to perfect each level. Plus, some challenges like clearing a level without taking damage are tough but make for a rewarding experience. 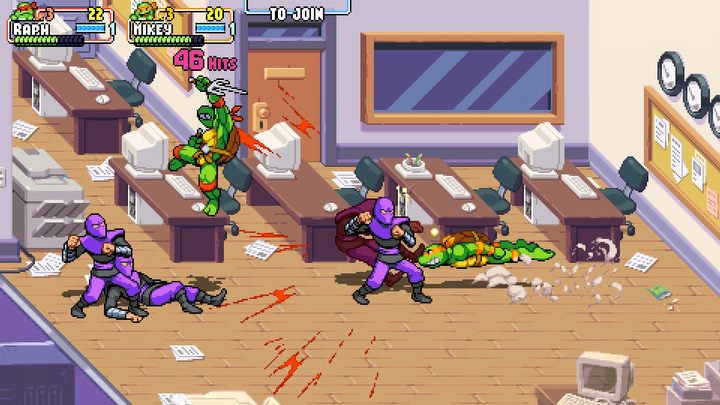 What makes combat so much fun, too, is that your game will feel slightly different depending on who you pick as your character. Dotemu made sure each character felt different here and balanced them out so each one has a different distribution of ability points. Raphael is the strongest but has the shortest range whereas Donatello has the best range but doesn’t hit very hard. Leonardo is your well-rounded pick, whereas April is the fastest of the bunch with low strength but average range. Whether you play as the Turtles, April, Splinter, or even Casey, there is someone for every player out there and you will want to finish the story with each character not just to unlock some trophies or achievements but because each one feels unique and fun to master.

Levels in Shredder’s Revenge may be simple and straightforward, but its combat system is fast-paced, easy to pull off, and lets you feel like a badass with each bo, nunchuck, sai, or sword you swing. Even if you have never playing a Turtles game in life or are too young to even remember that catchy opening theme song, chances are you will enjoy this love letter to a classic series that can still clearly kick butt.

One of the joys of playing through story mode for the first time is discovering so many references to past games and past Turtles episodes. If you played Turtles in Time or even watched a few episodes from the series growing up you’ll get a kick out of seeing some of your favorite past enemies and even characters like the Punk Frogs that you may have forgotten. It all works to make Shredder’s Revenge feel like a “greatest hits” for a series that has been around for decades with so much content to showcase. 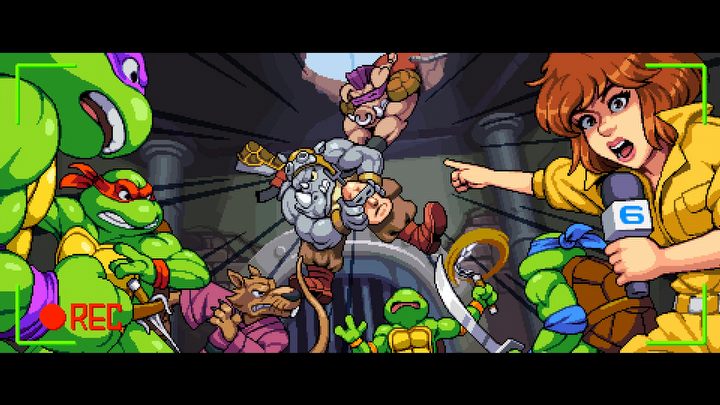 Visually, the game is an obvious throwback to the classic games of the 90s, but you can also hear the nostalgia in its soundtrack and even voice acting. The classic cast from the cartoon show returns to give each of the four turtles their unique personalities, but the music composed by Tee Lopes is a collection of remixes, original scores, and even rap songs that take you back in time. It all works to give the game an bodacious presentation that simply pumps you up.

There really is a lot to love about TMNT: Shredder’s Revenge beyond the cameos, retro gameplay, and the trips down memory lane you’ll get if you grew up playing or watching Teenage Mutant Ninja Turtles. The game only lasts about 2.5 hours from start to finish, but that’s just playing it once. Filled with challenges to complete, endings to unlock, and turtles to level up, it gives you so many reasons to play it again—and boy, will you want to.

Its levels may be simple and straightforward, but its combat system is fast-paced, easy to pull off, and lets you feel like a badass with each bo, nunchuck, sai, or sword you swing. Even if you have never playing a Turtles game in life or are too young to even remember that catchy opening theme song, chances are you will enjoy this love letter to a classic series that can still clearly kick butt. 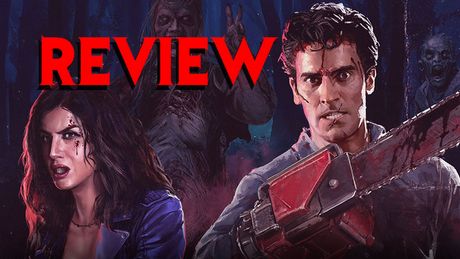