There is something strangely intimate about Twelve Minutes that lets you peek into the lives of two people whose world is about to be turned upside down in a matter minutes. Their lives are seemingly ordinary – the husband comes home from work, his wife surprises him with his favorite desert, and she reveals that she is pregnant. Even their apartment with its faulty light switch and small three-room layout is nothing spectacular. Their lives would make for a very boring play or film.

What makes for an intriguing story and game here is that Twelve Minutes relies on the time loop plot device that both serves as a tool for exploring the intricacies of its narrative but also proves as the obstacle that stands in the way of your progress. Make one right move and you’ll earn a piece of the puzzle. Make a mistake, and you are doomed to repeat the past twelve minutes again and again. These mysteries propelled by the talents of a small but robust Hollywood cast turn Twelve Minutes into a mystery that is begging to be solved. 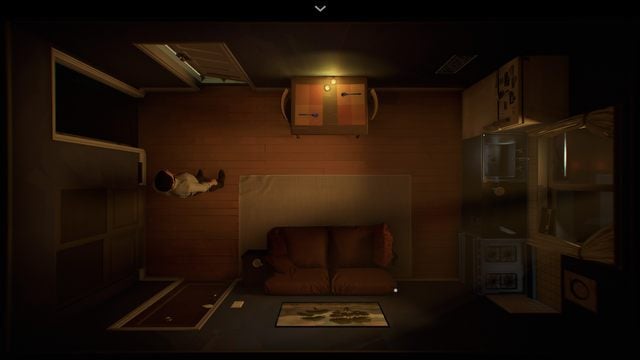 At its core, Twelve Minutes is a point and click game that lets you control the husband by clicking on where you want to go and interact with your apartment by observing items and picking them up. You can pick up a mug, for example, and drag it to the sink to fill it up with water. Or in a very Sims-like fashion, set the table by dragging things to it. And if you are feeling brave, you can see what happens if you drag the kitchen knife on yourself.

Because your world is so small – just three small apartment rooms – everything has meaning, at least you think it does. In fact, because you don’t really know what you have to do during parts of the game, you are encouraged to experiment what happens when you use an item on something or to think how it could serve you later on. Your job is to piece together how certain items can be helpful in your endeavors, but you also need to answer some pressing questions along the way. 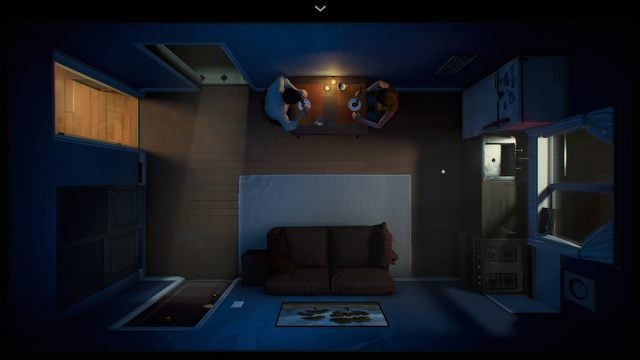 Your wife’s good news is interrupted by a man claiming to be a cop knocking at your door and accusing her of murdering her father eight years ago. He then wrestles you both to the ground, zip-tying your wrists, and demands she give him her father’s old pocket watch. Within a few seconds, you are being choked to death, but instead of dying, you wake up right where you started twelve minutes ago. You must be wondering what just happened, and your character voices this out loud too. 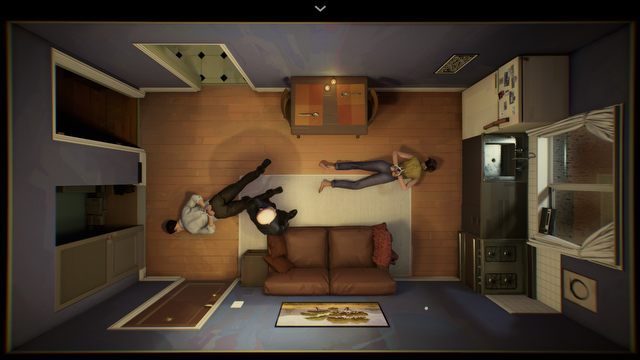 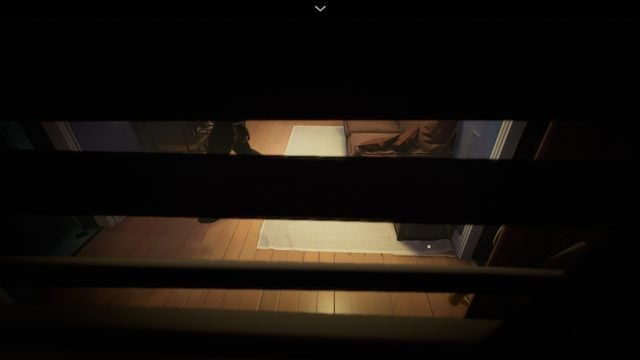 Starring James McAvoy, Daisy Ridley, and Willem Dafoe, the game’s small but robust Hollywood cast brings life to these unnamed characters and make it all feel like you are watching a film play out before your eyes – think Hitchcock with a mix of Memento. As the husband, McAvoy offers a mix of emotion from humor to horror. Dafoe plays the role of the menacing cop quite well, and even offers you bits of humanity in his lines. Ridley is a bit more steady in her emotions but is believable as the conflicted wife. Together, the cast offers enough subtleties and feeling that accentuate the various surprises, accusations, and arguments you play through.

Even the noises you hear in the background further emphasize how normal this setting is despite its unreal plot device. You can hear footsteps from the upstairs neighbor, the sound of rain hitting your kitchen windows, and even a child crying in another apartment during the altercation with Dafoe. You probably won’t care for these sounds after hearing them for the umpteenth time, but these sound effects tie everything together and well-timed musical cues guide your emotions and dictate how you should feel. 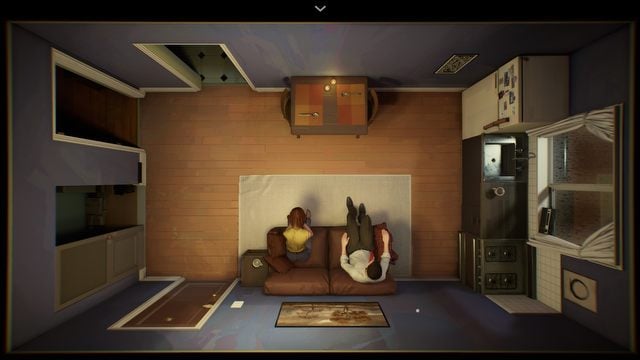 Each time you repeat a loop, you also gain information which you can use to question your wife and the cop if you get the chance to. Twelve Minutes also encourages you to ask questions to find out what their results could be. If you ask the wrong one, you may be “locked out” of a conversation and need to restart the time loop all over again, but if you chose correctly, you could gain some valuable information that could be used on the next one. 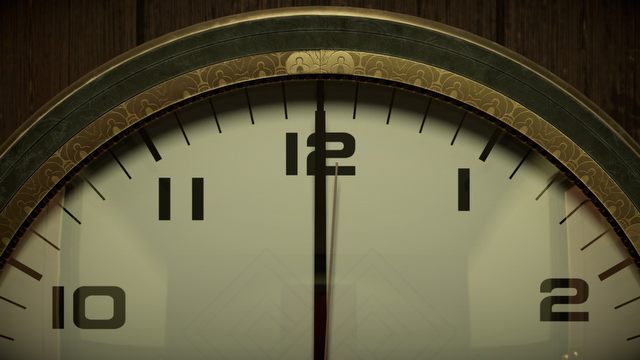 Ultimately, this forces you to be a detective and to remember what little knowledge you gained to your advantage. The game won’t tell you the answers so it’s really up to you to figure out what to do next. This can be prove to be frustrating at times when you are stuck repeating the same fate simply because you don’t know when to use an item or how to gauge its limitation. Thankfully, you can fast forward through lines you’ve heard before so while each loops normally lasts around 10 minutes in real time, it can be cut short by accident or on purpose.

This is still a game, after all, so your actions, and not just your items, have their limits. You may overthink things at times, causing you more grief than good, and because there are no hints you could spend hours of trial and error until you finally make some progress. Perhaps one of its flaws is that the game makes you think you have unlimited control of your choices, but in fact, you are boxed in not just to your apartment, but to its design too. 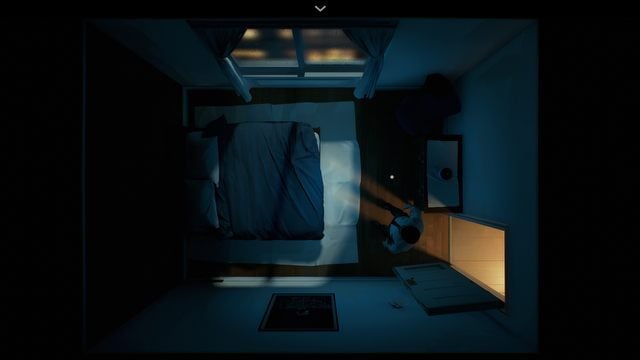 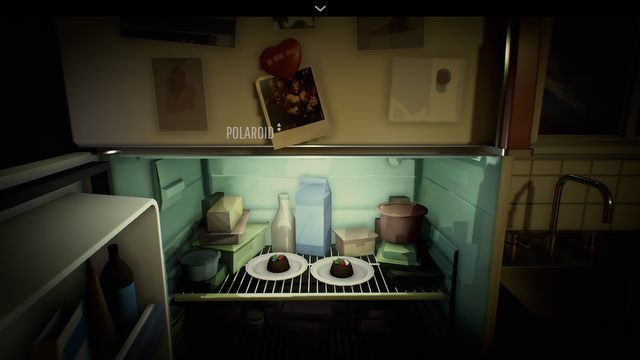 For a game titled Twelve Minutes, its length truly depends on how well you solve its mysteries and use the information you are given to your advantage. However, even if you take only a couple of hours to complete it or eight hours to mull everything other, Twelve Minutes will definitely leave you with questions after the credits roll – in a good way though. And because it features more than just one “ending”, its philosophical themes will stack together and stick with you for a while.

Despite its tiny setting and small but robust cast, Twelve Minutes surprisingly grows into a mystery with a lot of depth and intrigue. It does have a few flaws in how it forces you to figure things out on your own and limits how much you can play around with. However, once you do get past those roadblocks and make progress in your search for the truth, you realize those minutes have turned into hours and the disturbing twist at the end was well worth your time.

According to our users, 12 Minutes for PC was a disappointment - the expectations before the release were higher than the current average user score.