Sifu, the walking brawl from the creators of Absolver, turned out one of the most successful releases of the beginning of the year. However, as it happens with the debuts of games that require something more than "press one button to win," it sparked another episode of endless debate about whether each game should be "for everyone" and offer an optional easy level of difficulty – even at the price of obliterating the game's specific design. The arguments are roughly the same as always and we have addressed them on various occasions – for example here and here. Therefore, instead of repeating myself, I will make a different argument – namely that Sifu is not that difficult at all. This game just needs patience and attention.

The challenge posed by Sifu is mainly related to the fact that the title puts at our disposal a very extensive combat system, but instead of taking us by the hand through a series of tutorials, real learning is much more discreet – and it lasts all the time until the final boss. It's so discreet in fact, that if we do not think about what's happening, the lessons can be easily confused with an unfair level of difficulty.

The first part of the game is actually a warm-up before training – although we seem to be fighting waves of enemies and we have a boss at the end, in fact, at this stage Sifu allows us to experiment with the combat system and play with it – the opponents are weak and have poor defenses. That's why it's so easy to get shocked when proper training begins in level two. Here we come across enemies with very specific weaknesses and strengths. 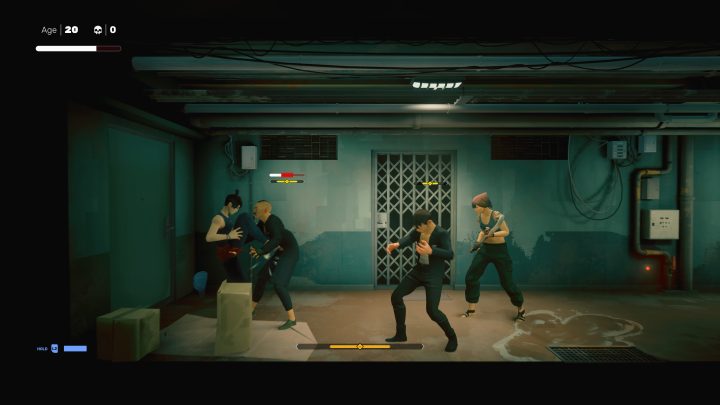 The first level of the game builds a false sense of security, when in fact it can be treated as a sandbox to train various techniques.

And now, there are two scenarios. Continue to attack blindly, get ass kicked, try the same thing again, get ass kicked. And so on, several times, until a handful of random attacks will finally knock the opponent down and allow us to move forward. Until the next enemy appears, on whom we will again waste our time and lives. OR we can consider why our strategy isn't working and try other attacks. Change the method of defense. Observe the opponent and look for the perfect moments for counterattacks. We will quickly discover their weakness and the formidable enemy will turn into a harmless sheep.

Sifu bases the entire gameplay on this concept. Over the course of five levels, it throws various enemies at us with different weaknesses, gradually and naturally showing us new fighting techniques. Because, like in FromSoftware's games, there is no randomness, and specific enemies with specific behavior patterns will always be found in the same places; once we learn to fight someone, they will not be a challenge, as long as we do not forget about their weaknesses. Fighting is not difficult – it requires patience and observation. Again – just like Dark Souls, which on the one hand have made a reputation for being extremely difficult, and on the other, there are people completing these games blindfold, with tied hands, or at the age of five. 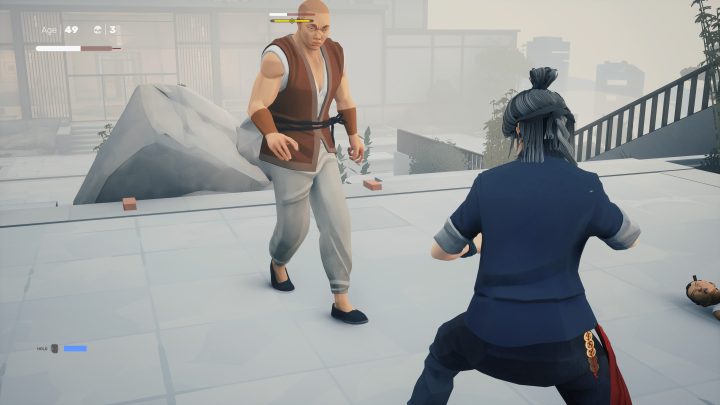 Once we understand how the combat system works, the most powerful enemies prove to be defenseless against our counters and attacks.

It's not just the combat in Sifu that abhors impatience. The system of death works similarly. Its detailed description would require a lot of space, so in essence – the game remembers how many lives we have left when we reached the new level. So if you start a level with three lives left, you will still have three attempts on your next try of the given stage if you happen to die. Another thing you can do is go back to the previous map and improve the score. As a result, you might expand your attempts to seven tries. Rather than pushing forward immediately, it's often smarter to turn back and correct the previous result – after all, once we've gone through a given map, it should definitely be easier to do it again, better.

If you're in a hurry to get to know new levels as quickly as possible – you get ass whooped. When you use brute force in combat instead of prudence – you get ass whooped. Sifu is like a teacher who instills patience and encourages reflection and perfectionism. In fact, the biggest difficulty in the game is understanding it. I do not assume this exceeds the abilities of most players and makes Sifu a particularly hard game.