Let's get the first question out of the way immediately. FromSoftware games and soulslikes, i.e. games designed to kick your ass, should remain what they are. Also in the future. Changing the difficulty level in existing soulslike games would be a barbaric practice that nullifies the whole experience, designed with a very specific pace in mind, with death lurking at every turn and bosses wiping the floor with the protagonist's dead body. Nevertheless, every formula evolves. That's why it's high time for soulslike games to be accompanied by more accessible and understandable equivalents for those players who want to sweat a little bit, but not necessarily smash keyboards and hurl game pads across rooms. It's time for soulslites.

A great game for a bad time

If Pandemic did me any good, it was probably finally mustering up the courage to play Dark Souls 3. I bloody love the formula and am sure I'll tackle some more soulsikes at some point in the future. The only thing is that life has sped up dramatically for me, and these games require lots of time, love, and focus. In a fit of mental restraint, I cast myself into Sekiro and... I was delighted. Until I got stuck on the fight with Genichiro. Playing video games until 4 in the morning wasn't really an option for me anymore, so I did something terrible. 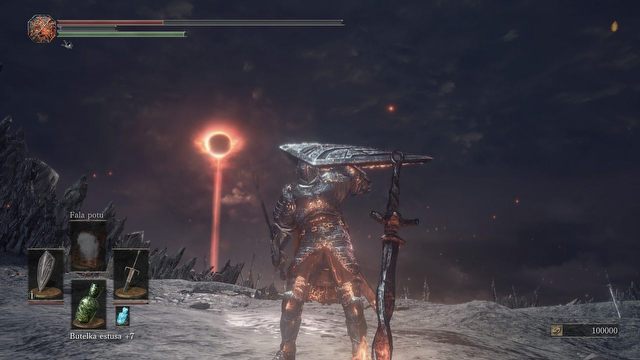 Out of fatigue and curiosity, I installed the mod that lowers the difficulty of Sekiro. It was a disgraceful experience – completely spoiling the pacing and that incredible tension that comes with traveling through the bizarre, beautiful, and dangerous lands (I mean, let everyone play how they want, but I was a little embarrassed anyway). Without the thrill, much of the game's magic disappears (though a nice Kurosawa-style samurai story, great combat feel, and beautiful views are stunning regardless). As part of my ritual seppuku, I let the first boss I encountered kill my shinobi. Without even trying to fight.

Those who demand an easy mode in such games do not know what they're really asking for. They basically want someone to come and spoil their fun. Or they're just not the type of player that can enjoy soulslikes. Apples and oranges. Some games can resonate with our negative emotions through story and disturbing imagery. Sometimes, through unpleasant sounds. And sometimes, through the level of difficulty (if you want to learn more about why we enjoy unlpeasant games, check out this article). 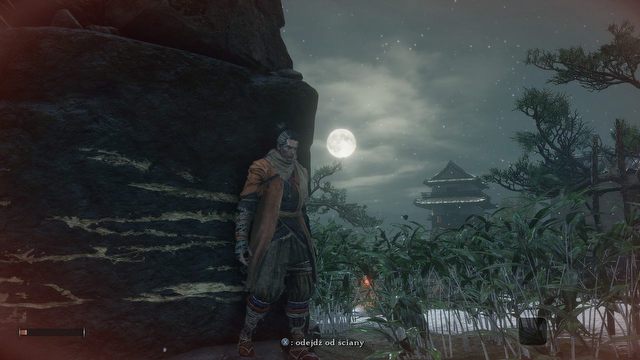 At the same time, I understand people who are very curious about Souls and related titles, but deflect from them. Some people enjoy the genre, but don't always have the time and energy needed to work out all the nuances of the mechanics necessary to get by in the harsh world. And that's true of me – but I'm aware of a certain fact. Souls is not just a game that's fun to play. You pay the high price here in the form of lots of "lost" hours and repeated approaches to those damn boss fights. In return, you get the purest gaming blow, which gives you a kick like from here to the moon after finally becoming victorious. I miss that high, but I have no way to get it right now. I only have a few moments, an hour or two for exploration and some more intense clashes. And I'm probably not the only one.

There are also players struggling with various disabilities that make it difficult for them to play such demanding games – and that's much harder to overcome with sheer determination and a few extra hours snatched from the night.

Soulslikes in general are an interesting phenomenon from a psychological and social perspective. We recently wrote about this in an article celebrating the tenth anniversary of Dark Souls. We also invite you to read a text about speedruns, which strangely enough often concern Dark Souls... 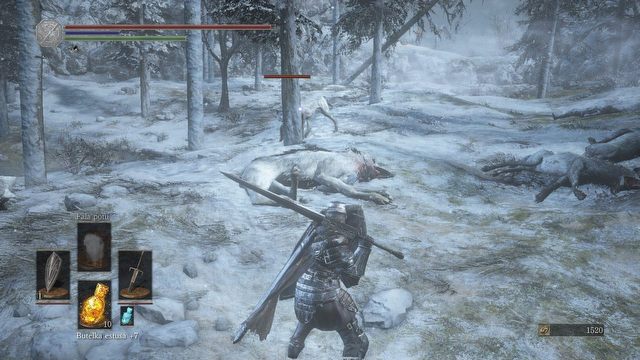 That's why I think there should be more soulslites, developed with equal passion, which offer a similar experience – a magical, lonely journey full of anxiety; a sense of participation in a unique, enigmatic story, where we are a doomed, sad entity, who goes forward against all odds. The only thing we need is a little less pointy difficulty level that doesn't require dozens of attempts to defeat a single boss (I tend to believe that during exploration, Souls are much more fair), thus allowing players to learn the remaining part of the story and the mad world sooner (or: at all). The hardcore souls veterans should not be the only ones who get the ticket for this ride, although they certainly deserve it.

There have already been a few games that could be called soulslites that were great, but didn't provide as much in terms of the general souls experience. Namely, Star Wars Jedi: Fallen Order and Darksiders 3. Fallen Order had a little bit too few gadgets and inventory items to unlock, while in Darksiders 3, there was a clear lack of budget, but both of these games are good examples of what I mean. They are quite difficult, fighting both mobs and bosses is a strain, but it's still fun. At the same time, they have their own, unique atmosphere. The thing is that for one reason or another, they stopped at the stage of solid, but uninspired craftsmanship. 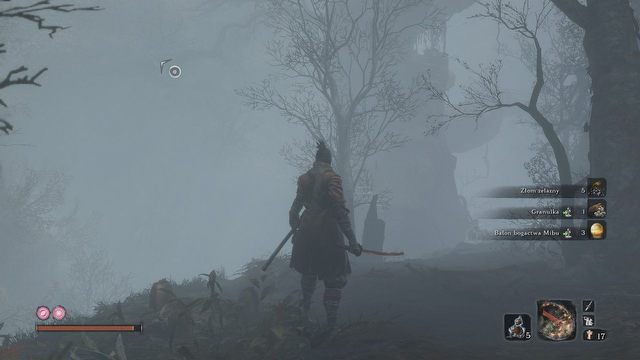 Meanwhile, a perfect soulslite should also be a work of art. Like Dark Souls. Sekiro. Bloodborne, perhaps even Elden Ring. A work full of engrossing atmosphere, a compelling story – a little clearer, but still puzzling and asking uncomfortable questions – and a combat system with a very specific pace and rhythm. A masterpiece with plenty of opportunities to experiment with the gameplay loop. A game that oozes the same, unique atmosphere of a journey of the lost one, but at the same time brings a more approachable quest design.

It's possible that Blizzard's deleted Diablo spin-off, Project Hades, could have achieved something similar (I wrote about it a few months ago), and in a much richer version. But we are unlikely to find out about that. In a way, if you were determined – very determined – the last God of War did the soulslite thing as well, but the inspiration was rather loose.

Roguelikes could do it, so can the Souls! 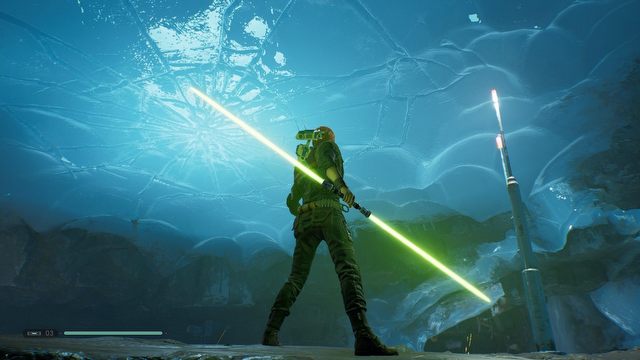 Where did I even get this cheeky idea? It's because another genre, famous for its unforgiving difficulty, has also evolved into such a variant, addressed at more of a mass audience, and I have not heard a bad word about them. There's more; they were praised for the gameplay, the level of challenge, and the art work. I'm talking, of course, about roguelites, who have grown out of the good, old, unforgiving roguelikes.

Let me remind you that Hades kicked asses, claimed awards, and sold like hot cakes. Children of Morta brought some very memorable feels. Recently, a small storm broke out with the release of the fantastic Deathloop. These modernized, lighter roguelike games have become a strong, powerful (and fascinating) trend in the gaming world. I've already had a few dozen approaches to Hades myself, and I won't stop until I've discovered everything I can. Someone saw the potential in an almost ancient idea and simply modernized it a bit (while hardcore roguelikes still come out on the regular). Maybe the same can be done with soulslikes? 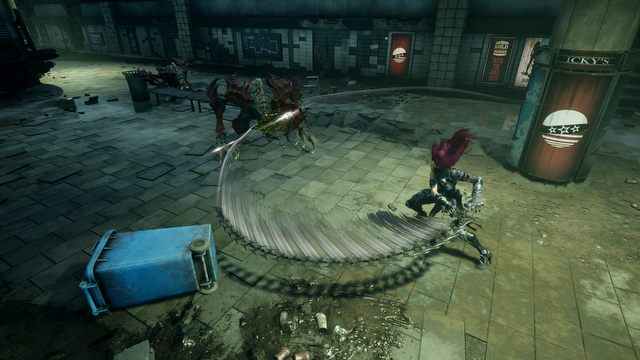 Of course, this requires very careful design, balancing the size of the levels, the number and strength of bosses, regular monsters, all the numbers, everything – after all, we'd get through individual stages faster, and so they'd have to be full of attractions and content making sure the challenge would be adequately rewarded. I mean a game that we would feel very similarly, and provide a similar experience, albeit, of course, in an original setting. A similar car, but with a slightly different engine under the hood.

If more such titles appear next to the torture tools from the masters at FromSoftware or Team Ninja – we shall feed two birds with one seed. And people will finally stop whining about no difficulty levels in Sekiro. That's not what these games were created for – but others can easily fill the niche if the demand is there. And offer similar fun.

I love the souls formula, I can't imagine it any easier. Without this forbidding entry threshold, no game would provide such a rush of adrenaline and outpour of happiness after a victory. That's just part of the game. I finished Dark Souls 3, played a bit of Nioh and Sekiro. I intend to diligently complete these games when the time is right (like the first Souls and Elden Ring), but when I have a little less time and strength to fight with games, I start to see the niche I wrote about.