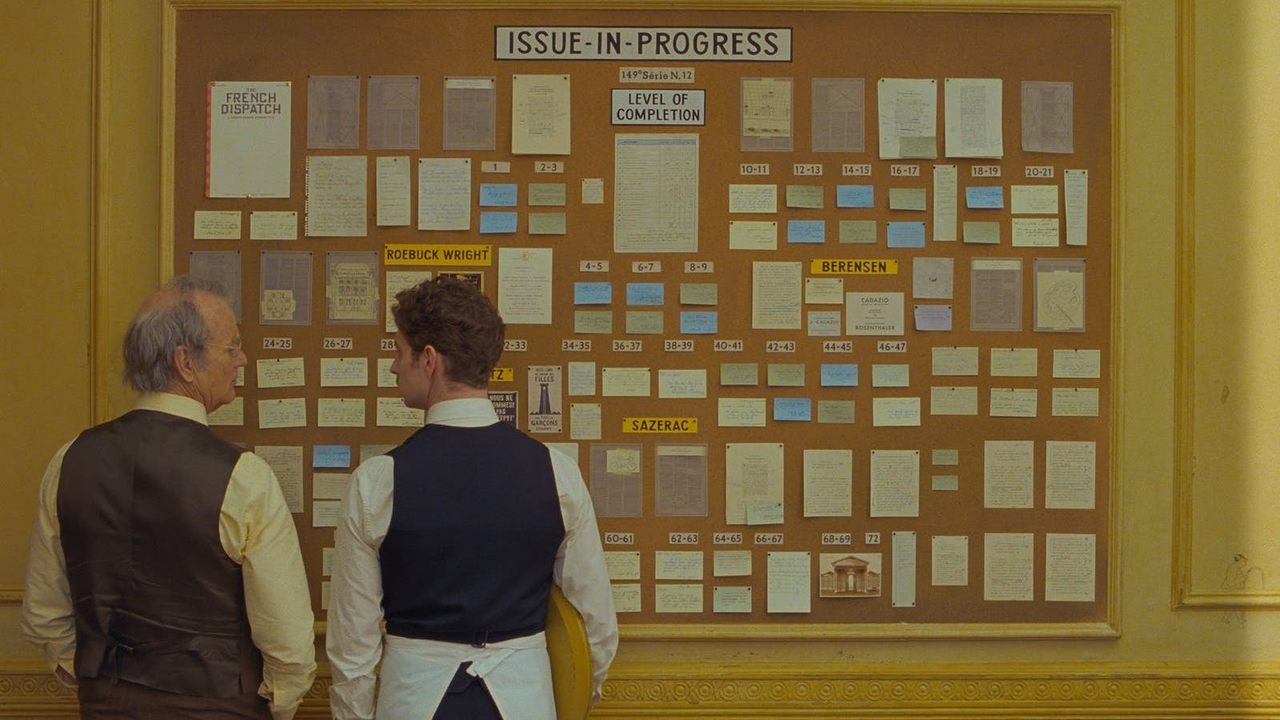 The French Dispatch is a chewy candy, but for the eyes. Wes Anderson got us used to the fact that his films need to first and foremost be WATCHED. The eyes virtually glue to the screen on their own. And they don't want to get distracted. Aesthetically, the production is amazing, and is probably the most beautiful (in the subjective opinion of the author of the article) out of all movies in this list. Sure, Dune, Last Night in Soho or even Free Guy have a lot of visual artistry as well, and yet in that respect, it's Anderson who stole my heart.

The discussed movie by the maker of the Isle of Dogs has of course more advantages than just pretty camerawork. For The French Dispatch also carries a message about journalism. It tries to answer the question where to draw the line between participating in the present and describing it without skewing the reality. Anderson does not try to force the judgment that the media (or more specifically: the press) are dead, just about to die, or on the contrary: experiencing the best period in history. Especially nowadays, it is a very necessary voice, because it will reach - as every film by this director - a wide audience.

I should also mention the brilliant cast that Anderson assembled. The actors seemingly try to outdo one another in their boldness. Benicio del Toro, Adrien Brody, Tilda Swinton, Bill Murray, Timothée Chalamet, Frances McDormand, Léa Seydoux and Jeffrey Wright - an amazing mix of people so gifted that their talent alone could cast a few major productions at once. And they are all in the Dispatch .