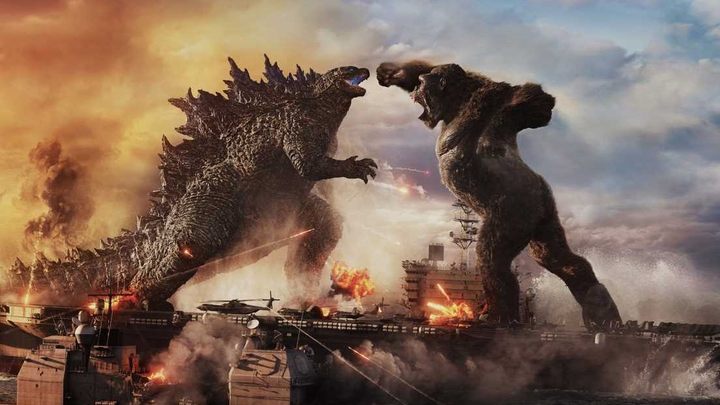 The most effective part of the movie are the monster fight scenes, especially the ones between the two most iconic creatures in pop culture: Godzilla and Kong. The creators engage these two wonderfully to make the viewers twitch in their seats at each next punch. Importantly, the background is not just the background in this case, but is actively used in the aforementioned sequences. From the panicked bystanders, to the monsters using various elements of the environment as weapons  it all seems consistent.

The plot isn't very elaborate, especially as far as the antagonists are concerned. This refers both to the actors and to minor monsters that are supposed to be the threat to the protagonists. Kong's storyline seems to be the best of all, and it is also somewhat of a pivot for all other events of the plot. The giant gorilla has to be transported without any casualties. The creators skillfully wove in the monster's genesis, reaching for original solutions. It's simple, but good to watch.

The strongest suit of the film is definitely the cinematography. The image is obviously overloaded with CGI, but it's also charming at the same time. Godzilla and Kong fight in beautiful sceneries. My personal favorite is the fight among the neon lights and skyscrapers of one of Japanese metropolises. Visually, Godzilla vs. Kong is one of the most successful projects of the year.

The film is also a homage to the classic motion pictures of this genre, and it contains several references to its cinematic precursors. After so many years, seeing these two giants tango on the silver screen again is worth it.