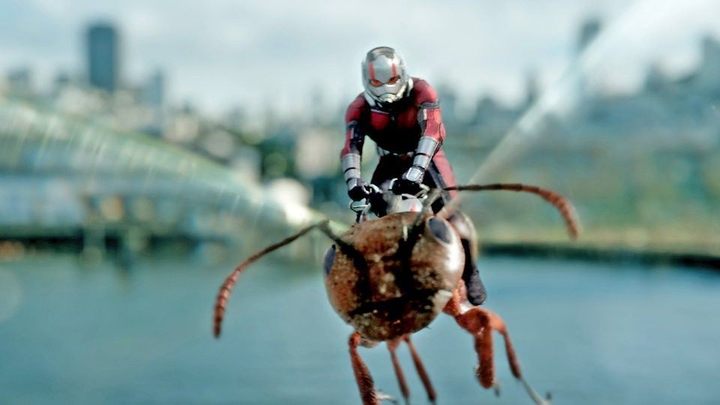 Admit it, that's a pretty wild idea for a superhero. Honestly, who would ever dream of being a human ant? However, the creativity of the Marvel writers knows no boundaries and the story of the most famous Ant-Man – Scott Lang – is the best proof of that. He was first introduced in 1962 by Stan Lee and Jack Kirby and quickly became one of the most iconic characters in this world.

Originally, Ant Man was Hank Pym, or rather Dr. Henry Jonathan Pym, who before becoming a hero was a brilliant, but also rather ordinary scientist. His opus magnum was a chemical formula that allowed him to change his size, and a helmet that allowed the wearer to communicate with insects. He and Wasp – his spouse – were members of the Avengers. Pym's successor, by chance, became Scott Lang, a talented thief who came into possession of Ant-Man's gadgets after he steals it from the the doctor in an effort to save his sick daughter, .

Interestingly, it was Pym himself who encouraged Lang to give up his thieving trade and go full-time into saving the world. For the sake of argument: the last Ant-Man, created in 2006, is Eric O'Grady – a low-level S.H.I.E.L.D. agent who (how original!) stole the Ant-Man costume from his organization's warehouse so he could... impress women. Although his motives were selfish, soon after this event O'Grady begins to understand the responsibility that comes with being a hero and decides to accept it.

Ant-Man became known to a wider audience thanks to the 2005 film Ant-Man directed by Peyton Reed. The superhero roles were cast with Michael Douglas as Pym and Paul Rudd as Lang. After that, Ant-Man's career in the MCU universe progressed: Rudd starred in Civil War and Endgame, and in 2018 a sequel to the original picture about the fate of Lang premiered under the title Ant-Man and Wasp. Like every hero in our puzzle, Ant-Man has no supernatural abilities. One can only speak of an uncommon intellect in the case of Pym, the original Ant-Man. The other two superheroes had a talent mainly for bringing smiles to the faces of readers or viewers.