A remastered version. For several years, this phrase has managed to stir up the emotions of gamers, pitting them against each other as supporters and opponents of this phenomenon. The eighth generation of consoles (PlayStation 4, Xbox One and Nintendo Wii U) is a generation of remasters  this is a popular opinion, but is it entirely true? Whatever answer we give to this question, the fact remains that the trend of refreshing previously released titles is steadily growing stronger. However, this is not a new trend, as many complainers fail to realize when they criticize developers and publishers for their policies. The matter of remasters is a broad topic with roots going much deeper than it seems. Why are these productions still made? Let's try to find an answer to this question.

Remastering in the game industry is hardly a novelty. It could be argued that the phenomenon is at least the same age as the same process occurring in the music industry. Many of you may find it surprising, but the triumphant march of this trend began a very long time ago, namely in the middle of the 1980s. Of course, I don't mean porting games to other platforms, but making actual enhancements which are followed by the game entering the market circulation again, sometimes also on the core platform. It's a good idea to take a look at some interesting examples which will make it clear that the discussed phenomenon has already existed for a number of years. 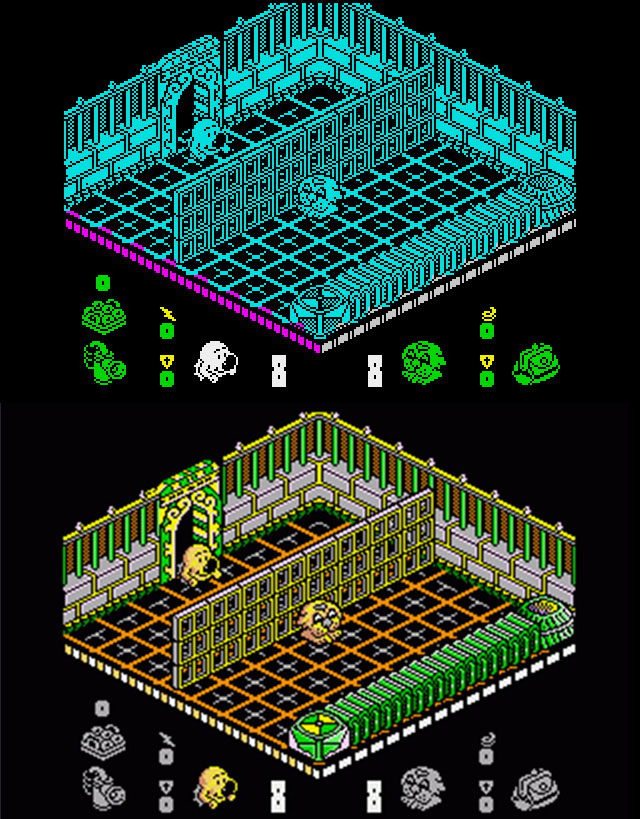 Head over Heels also received a remastered version. Centuries ago.

Remastering Through The Years As Seen On Selected Examples

We could simplify things (while perhaps exaggerating a bit) and assume that the first remaster ever was... one of the first games designed for the mass market  Pong. This simple production by Allan Alcorn was after all nothing but an enhanced version of the game Tennis for Two, written by William Higinbotham in 1958. One of the biggest differences between the two titles was the fact that the machine on which you could play Higinbotham's minuscule game was soon dismantled, whereas Pong became a huge commercial success. Is it possible then to avoid remastering?

One of the first notable remasters was the isometric adventure arcade game entitled Head over Heels, released in 1987 by Ocean Software. Reminiscent of the famous Knight Lore, the production designed for the eight-bit ZX Spectrum, Amstrad and Japanese MSX computers was hugely popular (the game press of that time held it in high regard) quickly resulted in the development of a re-vamped version with increased resolution, which went to the eight-bit Commodore 64 and Atari XL/XE as well as the sixteen-bit Amiga. This is an excellent example of how the game industry acts in the case of success, generating more profit by reaching new customers.

Sometimes, remastering is required when games hit the market and are met with the expected success, but very quickly become overshadowed by the competition that offers a similar product that is more modern and has the capacity to change the face of the entire genre. Such was the case of the clash of adventure games titans in the 1980s and 1990s, i.e. the companies Sierra On-Line and Lucas film.