In 1984, the players met Graham, a knight soon turned king of the realm of Daventry. It was a time when the market was still full of text-based games in which all interactions with the virtual world were made by typing appropriate key words. The program would then interpret the entered phrases in the way established by the programmers. King's Quest was a slightly more enhanced representative of the genre. Here, instead of having to imagine the world of the game, we were shown what it looked like with the use of simple graphics. The title met with enthusiastic reception, and made famous the name of Roberta Williams, one of the designers and co-owners of the Californian company. Following this success, Sierra began to release more installments in this series, while creating new franchises (Space Quest, Police Quest, Quest for Glory, Leisure Suit Larry), which operated on a similar basis. Soon, however, Lucasfilm and the introduction of SCUMM scripting language brought about a true revolution. Maniac Mansion no longer required laborious search for key words, but allowed to select predefined commands and then identify an object on the screen with the use of mouse and cursor. This is how the modern magic made its appearance; all that the bitter rivals could do was watch this new development with increasing apprehension. 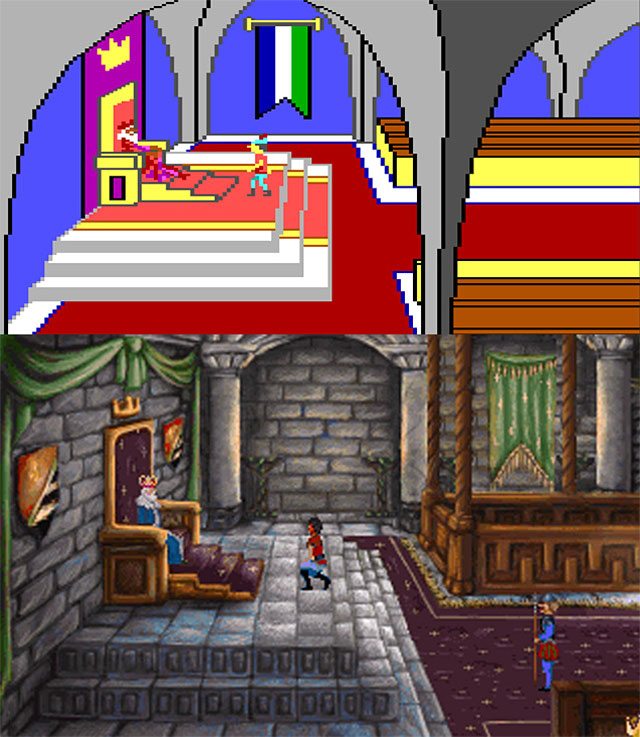 Lucasfilms checkmate did not last long, though. Soon all the first installments in the so-called Quests as well as the adventures of the wannabe playboy Larry were given upgrades. In other words, remastered versions appeared which changed both the user interface and the entire graphic design, beefing it up to reach the EGA/VGA standards. This clearly shows that sometimes the decision to issue this type of product is dictated by the advent of new technology. For the sake of accuracy it should be added that in the case of Sierra it were the players who took it upon themselves to refresh the older games. Lucasfilm, later renamed LucasArts, is also known for remasters. Two parts of the adventures of Guybrush Threepwood in the Monkey Island series have already been re-released, and soon we are going to get our hands on the revamped Day of the Tentacle. We cannot overlook Grim Fandango Remastered from Double Fine Productions, which sold nearly eighty thousand copies on Steam only.

Tex Murphy: Overseer, made in an adventure film style, was a remastered version of the game Mean Streets, in which the same hero was chasing after exactly the same villains. The only difference being that this happened nine years before in "our real-time." Once again, we can see that it was technological progress that forced  or perhaps encouraged  individual developers to delve into the same script one more time. 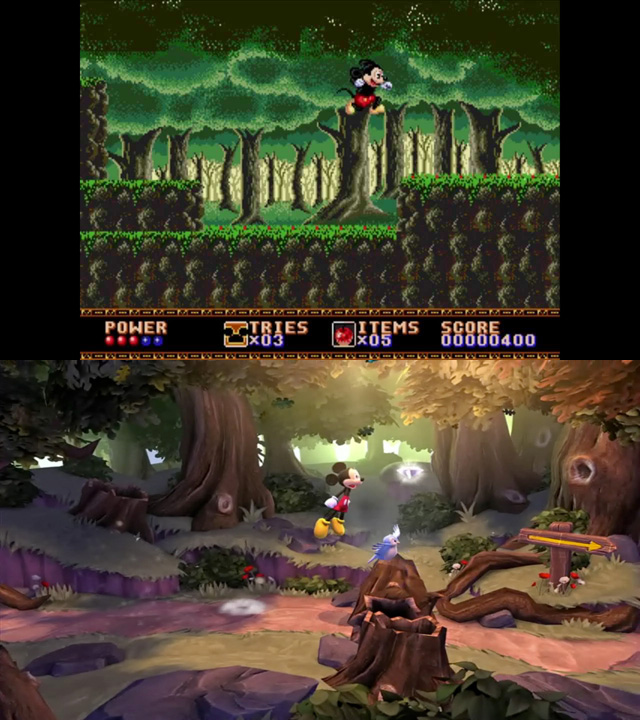 Today, the desire to keep up with the developing technology guides, first and foremost, Sony. The companys policy consists in reissuing hits from PlayStation 2 in HD versions for PlayStation 3, to then announce another upgrade to full HD, this time on PlayStation 4. Recently, this has been the fate of Final Fantasy X and Final Fantasy X-2. The unforgettable bestseller from Nintendo 64, GoldenEye 007, was released for the previous generation of consoles as GoldenEye 007: Reloaded. Great platformer Duck Tales from NES and Game Boy consoles saw the light of day as a Duck Tales: Remastered. For the second time, Mickey Mouse was brought to life, continuing to wander through the titular Castle of Illusion as he did in the good old days of Mega Drive. Even Dune II: The Building of a Dynasty, considered to be the first RTS game (which happens to be far from the truth) was re-released as Dune 2000, with improved graphic design, control, and changed units; storylines have been added as well. And these are only a few examples of the phenomenon.