This text could have been about weaknesses, but it won't. Because Weakless has none. And there’s none in Weakless.

That was how this article was supposed to begin. Because it's true. I deferred the text for two weeks, and the game for even longer. The combined force of the hold off obviously resulted in a creativity crisis. Usually, when I have to write something, ideas, phrases, and complete sentences just pop up in my head. I ride the tram, vacuum the room, stroll about – and the brain just produces them itself during these seemingly meaningless actions, and I have no influence on it. Not this time. There are several versions of this text on my desktop now, their titles expressing increasing frustration. All versions are different. Each one is bad. Each abandoned in the process because of the complete emptiness in my mind. I spent a few days procrastinating – a little because of rejection, a because of little denial, and a little in the hope that something would come to me eventually. It didn't.

And then I got the answers to my questions from the creators of Weakless, Ania Kowalczyk and Agnieszka Wlazly. And it was even worse. Why? I've been analyzing the reasons. And these are my conclusions. 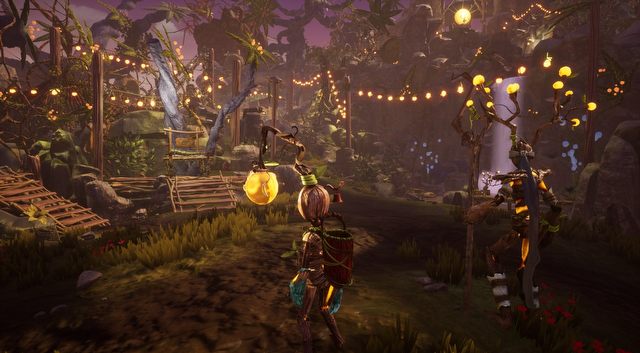 This game is the opposite of the Paris Syndrome. What is the Paris Syndrome? You read about how beautiful and wonderful Paris is, and when you go there – it sucks. Dirt, noise, crowds and homeless people sleeping in the middle of the sidewalk. Disappointment. Despair. Debit. That's pretty much it. 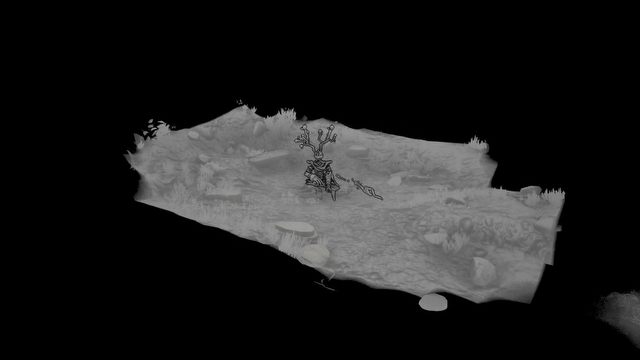 The beginning of the game – this is what the game looks for the blind creature.

In Weakless, you start playing, and you think: "...Ok." The screen is black, there's some greyish hint of the environment, and among it – a person. And music. Beautiful music. Soothing. So you move the character forward, and the only thing that changes are the shapes. The field of vision is narrow. And you think: "...Ok. Cool.” Then you solve the first task, meet the second character and... you see. This is the Paris you read about.

No. It's even better.

OKAY, FIXY, BUT WHAT KIND OF GAME IS THIS ANYWAY?

Weakless is an adventure game with arcade elements and some logic puzzles. You control two heroes, but not at the same time. The first of them is blind; hears sounds and records only the immediate surroundings, represented by black-and-white outlines. Their range can be extended for a while with echolocation. And, being the stronger one, it's able to push heavy objects. The other is deaf – able to see everything well, but hearing only muffled sounds, if hearing them at all. It's flexible and can climb where its companion can't. The amplified lantern on its head allows you to unlock vegetation "bridges" connecting locations, and eliminate obstacles. Together, they make up a perfect team, capable of tackling every problem. The main characters are Weavelings – creatures inhabiting a once prosperous civilization. Their world used to be fueled by life-giving Resin, and all was going well. However, the Weavelings' carefree life was disrupted by destructive Rot that limited the flow of the Resin, thus slowly and acutely decomposing their land. The goal of the two friends is to stop the progressive degradation of the environment and restore the harmony of their world.

In Weakless, the two protagonists – Blind and Deaf, complement each other. They are each others’ opposites, yet they share an indissoluble and symbiotic friendship. It's impossible to tell if what makes them fit together so well are their weaknesses, or strengths. Remember the first paragraph? This game has no weaknesses. There are unique abilities. There is cooperation. Mutual complementation. If the Blind and Deaf cooperate, they can do anything. After a few moments, you will learn that if you only get stuck, the solution is always within the reach of either character. And you will soon start to perceive them not as disabled, but rather irreplaceable. 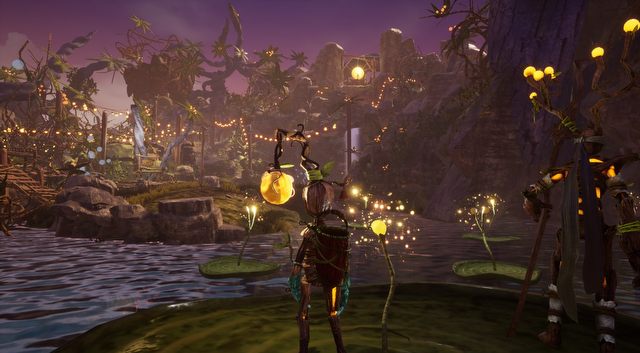 I must confess that such games – involved, carrying an important message, and created by women on top of that (which is especially important to me, for obvious reasons) – just give me tremendous joy. You know, not the sort of joy you get from running around containers and shooting the opposite team, winning a game, feeling a bit relieved and quickly forgetting it. It's a different kind of joy. Like when you see a good movie – really good one. You think about it, analyze it, unveil the real meaning, utterly impressed. Or when you go for a walk to some scenic location, and you just stop to enjoy the view for longer. You create a little treasure memory, and you're in excellent humor for the rest of the day. That's the sort of joy I mean.

You can only get it from witnessing beauty. Art. If any of you still think games can't be art, Weakless will change your mind.

LET'S GO FOR A WALK

The perspective of the Deaf Weaveling is so magical and detailed that I would often stop and examine my surroundings, the entire setting, from top to bottom, left to right. And then I switched to the Blind one and listened to its world. They both notice the underlying anxiety of it – whether by sight or hearing.

She studied philosophy and philology and her writing skills by producing hundreds of assignment papers. She has been a journalist at Gamepressure since 2019. She began in the newsroom, then becoming a columnist and reviewer, and eventually, a full-time editor of the guides section. She has been playing games for as long as she can remember – everything except shooters and RTSs. Ailurophile, fan of The Sims and concrete. When she's not clearing maps of collectibles or playing simulators of everything, economic strategies, RPGs (including table-top) or romantic indie games, she explores cities in different countries with her camera, searching for brutalist architecture and post-communist relics.