Some of the films from this list were warmly received by the viewers. Others – to the contrary. They could turned out complete cinematic flops. They all have one thing in common, though – ridiculously expensive scenes! Today's list presents film sequences that had the producers pay through the nose. Sometimes it was all about CGI turned to 11, and at least once it was about a specific stunt that brought a too much damage in real life. But as they say: what's not done out of love (to the cinema)... 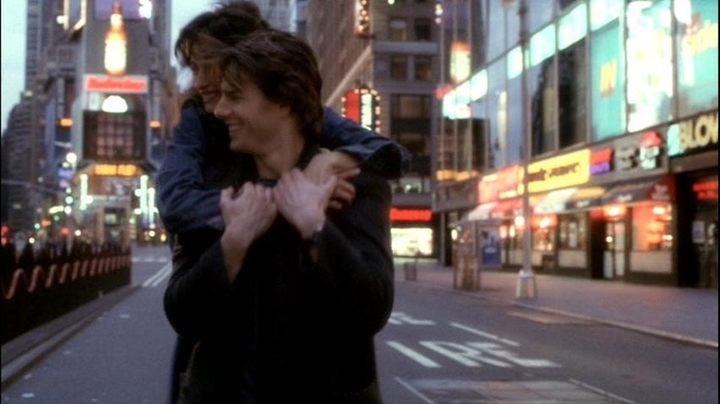 Stopping traffic in Times Square, New York… doesn't that sound too dramatic? Can you imagine this place completely empty? Usually it's crowded as hell, regardless of time of day and year. Interestingly, in the opening scene for the movie Vanilla Sky, the creators wanted to convey the oneiric nature of the dream experienced by the hero played by Tom Cruise – David Aames. Therefore, they decided to shoot this sequence in the completely emptied heart of the Big Apple.

One million dollars might not seem an exorbitant amount (don't worry, we'll get to these), but for a sequence that's only thirty seconds long in Vanilla Sky, it's not bad! And the movie itself lasts two hours and fifteen minutes. Nevertheless, the scene is very impressive (it's a really unique view of Times Square after all), and it's not CGI by the way. The filmmakers paid the said amount to shut down the entire Times Square from 5:00 AM to 8:00 AM on a Sunday in November, 2000.

In the scene, Tom Cruise gets out of the car in the middle of the street and starts running – he's scared like hell. The emptiness of the city is a metaphor for the main character's loneliness. [SPOILER!] This is an interpretative key that should be used in reading subsequent events in the life of Aames after his tragic car accident.