Later, it was said the series came from the west, from the Netflix platform. With a Witcher portrayed by a famous actor. It was a book adaptation. A smooth and original interpretation. It drew attention to itself. Yes, that's right, the highly anticipated show produced by Lauren S. Hissrich, inspired by the epic prose of Andrzej Sapkowski, has finally arrived to town. It's long-awaited arrival has overburdened fans with tension and high hopes  but also with some doubts and concerns. It's time to resolve all that. As a series, The Witcher caused a lot of trouble and it didn't emerge unscathed (just like the main character of Andrzej Sapkowski's first short story that was published more than 30 years ago in the Polish Fantastyka periodical), but in the end, it triumphed.

A Shard of Ice

The beginning isnt pretty. Cause it wasnt a pretty job. It was an outstanding challenge. Take the stories of a guy who shines in a short form of prose, and combine them all together in such way that they wouldn't end as an incoherent mess. The story of Geralt of Rivia, a monster hunter, originally began as episodic and loosely connected series of adventures. After some time, these stories have evolved into an epic and romantic, yet still dark and thrilling saga about the search for the surprise child, the power of love and sacrifice, the torment of war, consequences of dirty politics and the important role of destiny.

The first episodes look like Hissrich was overwhelmed by the vast lore of The Witcher saga. However, the visuals and special effects seem to look good enough. Cavill meets all requirements to become a brooding Witcher  bewitching yellow eyes, enchanting appearance, and impressive armor. The main protagonist travels atmospheric locations, forests and towns in order to get his 'monster of the week' quests. The bloodbath served by Geralt in the first episode of the show is a showcase of commitment of the whole production crew  camera operators, choreographers and the actor himself, who has put a lot of hard work and effort to master his sword-play skills. The effect is pretty spectacular. This small-scale combat is accompanied by decent battle scenes of large armies.

Although the characters often parade in stained rags and bleed a lot, the fantasy world sometimes looks too empty and sterile. Although the shooting areas were selected flawlessly, the decorations tend to be too austere and meagre to create an illusion of a living fantasy community. Where are the barrels, stalls, animals and children running around the town preparing for the market? Where is the chaos, the hustle and bustle which indicates... a living society? Nevertheless, the viewer gets used to the emptiness of the background (which is greatly facilitated by rather narrow shots) and focuses on the characters instead. And fortunately, the cast rose up to the challenge. 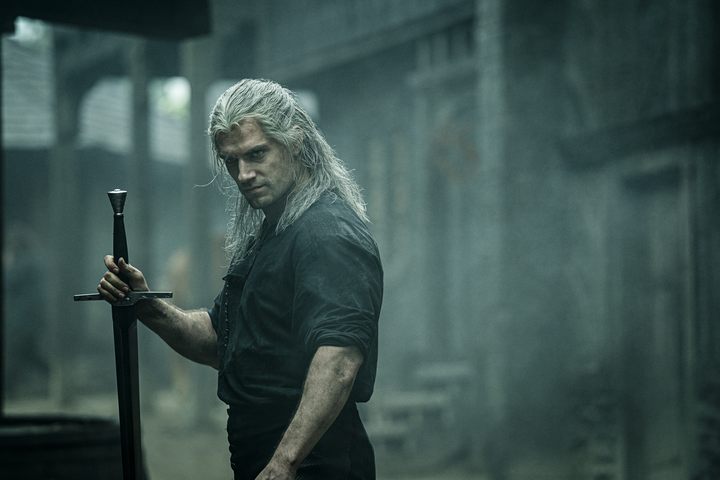 The greatest problem of the adaptation lies elsewhere  in the structure of the script. The beginning was affected by the same problem that lead many other good stories to failure. The initial impression may be spoiled by the unsatisfactory exposition. It's as if they wanted to leave the introduction behind and jump right into the middle of the action. Meanwhile, in some places, the show lacks a proper introduction to major story elements, which would be useful to understand the importance of the war depicted on the screen  to know what the other, secondary heroes are fighting for and why we should care about it. The earthquake served at the very beginning of the show didn't work this time.

The story clumsily takes the viewer through the first dilemmas of the witcher (taken from The Lesser Evil short story). These reflections and choices are key elements that develop the main character and further parts of the plot. However, this essential inner-conflict of Geralt was outlined in a slightly oversimplified way, with disregard for the background characters that would have added much more context to the clash. A few short scenes and dialogues would deepen the background of the dilemmas, preparing a better ground for subsequent chapters. Nevertheless, season 1 manages to portray the white-haired man as a fierce, but occasionally witty tough guy and professional.