Netflix did toss a coin to the witcher...

Season 2 was clearly made on a bigger budget. Much bigger. One of the biggest problems with the first season was visual poverty, apart from a few quite impressive and inventive set-pieces. There was also lack of creativity – for example, the golden dragon looked like a cockerel on steroids, even though it likely had more polygons than the striga in the first Witcher. The first season was quite empty, generic, conventional. Geralt roamed the depopulated, unconvincing city streets, interiors and roads to nowhere. When Dandelion sang about tossing coins to the Witcher, it might have actually been a plea to Netflix' bosses. 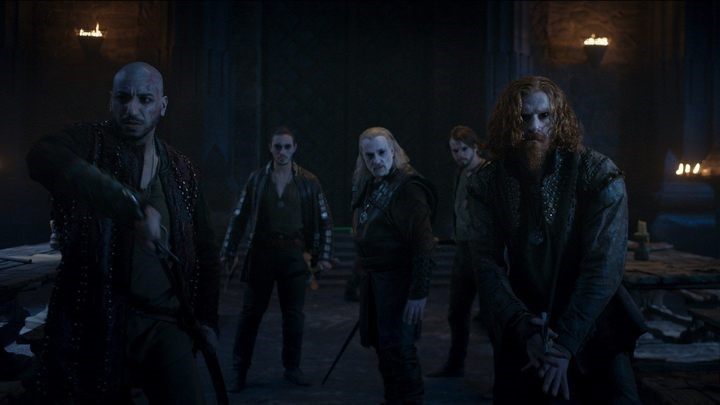 One way or another, coins were tossed. Some locations, such as Kaer Morhen, were prepared with care and filled with some great props. Streets are much more lively, there are crowds that look like crowds. The Nilfgaardians finally got armors that aren't evocative of men's intimate parts. The CGI is generally good, and some of the effects are impressive, even if thy are clearly just special effects; what's also great is that the monsters are anything but generic. Inspirations of Guillermo Del Toro and John Carpenter seem quite clear, as most of these monsters have a nice, horror vibe to them. A welcome change from orcs, trolls and zombies.

It's possible that the team behind the show wanted to play around with a more concise "monster of the week" formula, tied together by the story of Geralt and Ciri's journey, but then The Witcher would have to compete with Mandalorian, which wouldn't be easy.

…But he did not know how to spend it

Despite larger budget, the visual setting lacks consistency. Sure, it's a fantasy land where you can mix different tropes from culture, architecture and religion. Problems begin when these individual elements don't really click together. When heroes run around libraries, cities, castles and ruins of classic horror and gothic origin, only to land in a Middle Eastern temple after a while, it's bound to create a dissonance of sorts. It would be otherwise if there was enough weight, more coherence in terms of color palette, which doesn't always make it clear that the world around is grim and heavy. Not to mention the mages' infirmary atop something that looks like a combination of a ziggurat and Mesoamerican pyramids. 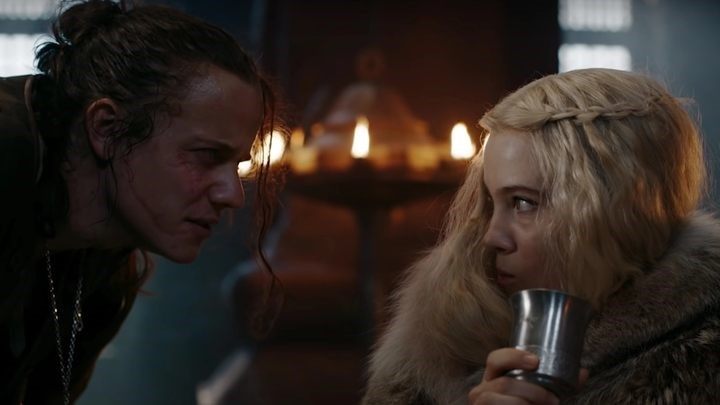 Unfortunately, the devil is in the details. The second season of The Witcher definitely has more flair, but there's not enough attention to details. The aforementioned temple looks synthetic, and this is not the only visual flaw. Let's talk about the locations for a while. Some of them are brilliant, such as Kaer Morhen, set in an impressive landscape, having interesting interiors, and doing a great job in terms of environmental narration. Oxenfurt is also nice, as are many of the open-air locations, including the magical ones. Smaller, intimate interiors have also been improved overall. On the other hand, bigger halls lack life, which isn't very good considering that much of the action takes place in such spaces, especially when it comes to political intrigue. Cintra still looks empty, boring and ugly.

Many of the locations seem to be set in a vacuum. Many cities seem to bee standing in the middle of nowhere. There are no baileys nor roads leading through forests and fields. It's a bit as if someone built castles in Heroes and forgot about all the rest. Sure, these locations are impressive at first glance, but then we start catching the details. Or rather lack thereof.

A similar discord happens in the costume department. Nilfgaardian armors were revamped, witchers look great both in civilian clothes and in witcher gear, as do many "NPCs." But the characters could be a tad grimier; they're often a little too nice and clean for people living on the road, and the lack of apparent signs of wear and tear on their costumes sometimes harms the world's credibility. Many of th costumes, especially the more lush ones, turn out simply boring. As if done on a short notice. And I'm not implying that they lacked some edgy extravagance; simply, the costume designers could take a few notes from shows like Vikings, Game of Thrones or even The Witcher 3 itself. For now, they are trying to work out a style, and it's obviously challenging to them.

The general impression is that an inexperienced team with good intentions got more money to spend, but didn't properly learn how to use their new, expensive toys. Until some point, that is. Somewhere around the fourth or fifth episode, the visuals become more synchronized also beyond the Geralt thread of the story. Before that moment, however, some of the details seem quite glaring. But this means that at least some things start going the right direction at some point. 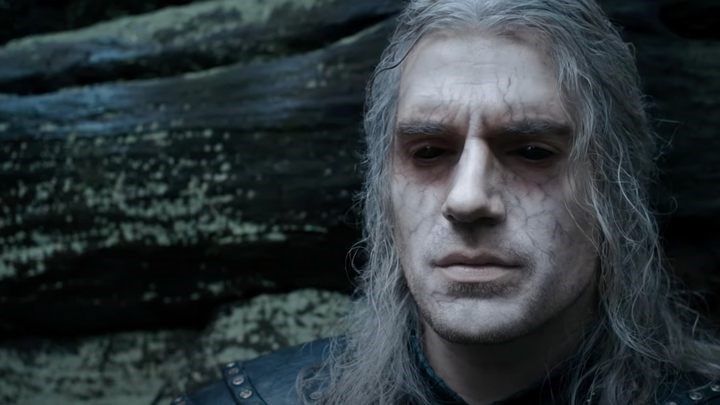 I wasn't all that impressed with cinematography, especially the abundant close-ups. It's not The Good, The Bad and The Ugly. I understand that you want to emphasize the emotions of particular characters in some moments, which can't be easy if you're also struggling with shortcomings in terms of scenery, but the things happening with the camera are sometimes downright awful. Introductions to scenes are OK, the combat is brilliant and often surprising, but then the cinematographer starts doing rather incomprehensible, tiring tricks, or insists on sticking to face close-ups for far too long. Such technical shortcomings are abundant. After all...

I cannot tell you that it's a must-watch, especially if you're not a fan of the universe already. The three hours that this show takes to gain momentum is a long time, that you might want to spend watching something better. But if you get through it, the show will start to follow a meaningful direction. The mysterious and adventurous threads of Ciri, Geralt, Jaskier and Yennefer ultimately save this series – minus the talking heads.

Over all, it seems a similar story to that of Game of Thrones' writers David Benioff and D.B. Weiss, who seemed at a complete loss whenever they deviated from the source material. The major difference is that they were able to ensure a consistent visual direction. Perhaps Hissrich used a different approach. First, she sewed a clumsy, though at times charming fanfic, and then the plot was taken over by events that correspond with the books more directly. And I could clearly feel the difference between those two natures of this show – when only the show enters a more familiar turf, it becomes a different Witcher. One that is addictive and amusing. Too bad it doesn't follow that path from the very first episode.