The first season of Netflix's The Witcher was a curious case. As long as you watched it without much expectations and pretended that Sapkowski's books did not exist, it could be quite fun. It was a thrilling, B-class fantasy adventure in good, old style, compensating for budget and screen-writing shortages with being just a pleasant watch. Kind of like Xena. Around Christmas 2019, we all sang its song along with the carols. But when I started taking the fragmented history without a grain of salt, it all fell apart. The whole thing was pushed forward mainly by Geralt with Jaskier (Henry Cavill and Joey Batey ) as well as Yennefer (Anya Chalotra)  when the story didn't get in her way. Netflix's Witcher, however, was a huge success commercially, and it earned enough money for the second season to attempt to fix the mistakes of its predecessor. And it came out... Well... Let's say there's definitely more heart and money poured in, but it's still lacking in terms of screen writing sensitivity and understanding of the source material. Season 2 advances the series in some respects, but it also suffers from split personality of sorts.

All hopes of Netflix's The Witcher closely following the original story from the books should have been abandoned after the first episodes of season 1. Nevertheless, I was still hoping that the witty, flamboyant style of Sapkowski's prose would be more pronounced this time, but it seems that something was either lost in translation, or that such endeavor would actually require a more talented writer than Lauren Hissrich (be reminded that Cavill himself stepped up to convince her that Geralt should be closer to the character from the books). 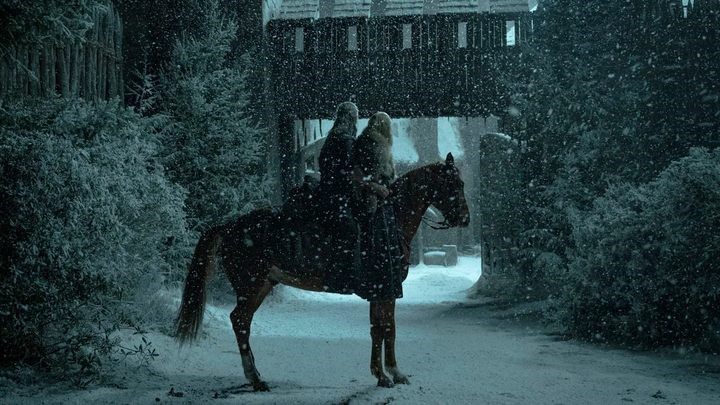 Sapkowski has never mastered building a multi-layered plot spanning multiple volumes. He was all about complex characters, sharp tongue, emotions, action, punch lines and getting certain messages across  and in these areas, he can indeed be considered a master. The story moved forward at quite a pace in the books, so Netflix had quit a few blank spots to fill, interesting threads to expand, or even mend. Some things also had to be changed and modernized, because The Witcher was conceived around the time the USSR was falling apart, and many of the books' messages concerned the changes in political landscape that took place in Poland at the time. Unfortunately, the attempts to fill these blank pages with original ideas end up even less successful than reinterpretations of other, more concrete threads.

The Witcher is bogged down by clumsy political intrigues. There are many levels of sloppiness here. The kings are mis-introduced in terrible, empty locations  a synod of barely distinguishable talking heads is all we're left with. The scuffle between the magicians feels like building a house without foundations. They argue about stuff, there's magic and power at stake, but it's so very awkward  the flair and spiciness known from the books is barely residual here (maybe except the plot of Yennefer and, occasionally, Istredd). The remaining characters are tantamount to boring politicians with the added ability to turn people into frogs. 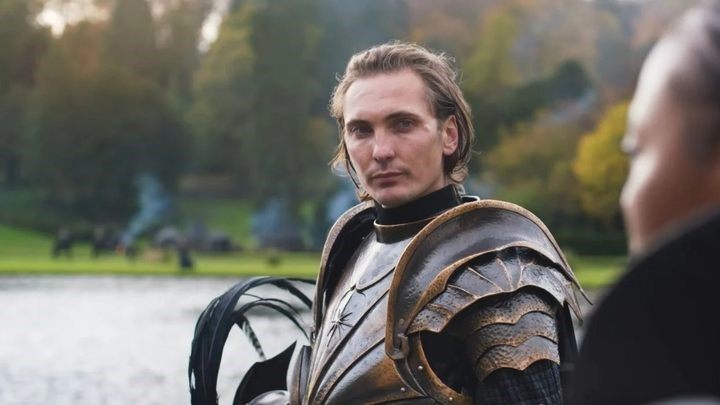 The second obstacle that prevents The Witcher from gaining momentum is the social commentary. It's good they're there. They establish a strong bond with Sapkowski's writing (at least at the level of intentions), because the novels were always bursting with allusions to contemporary demons plaguing the real world. Racism, sexual violence, hatred, prejudice against minorities and otherness  it was all in the original, but it was executed more skillfully, more organically. It deepened the immersion, rather than broke the pacing. Hissrich and the reset of her writers clearly do not exhibit this level of skill and subtlety. They're often blunt in their messages, turning fantastically ambiguous characters created by Sapkowski into disappointingly black-and-white, flat clichés. Sure, the world is still brutal, cruel and ruthless, but it doesn't leave much room for interpretation and ambivalence.

This becomes the most apparent in the threads that aren't directly referencing the source material (such as the one taking places between the elves and Nilfgaard, which was merely hited at in the books). Even comparing them to the kinds of things that were happening in the first seasons of Game of Thrones would be an abuse. There, the politics were fleshed out, and for as long as George Martin's ideas were there, mankind could look into it like in a mirror, while also finding entertainment from brilliant dialogues and frictions of characters. This sort of sense of purpose is often lacking here. There's quite a difference between the threads interpreted from the books, and any material that's new. Pretty much every new actor in the political intrigue is an obstacle thrown at the path of a good adventure.

The other, well... it does something

When The Witcher really shows teeth is when it focuses on Geralt, Ciri and their companions, fighting pretty much everyone else.

Sure, Cavill doesn't bring a terribly broad range of acting techniques to the table, but he makes up for it in his commitment to the character, truly evoking Geralt's signature irony and that rough charisma. Other actors also do wonders for the show, including Freya Allan as Cirilla. When the two central figures of this adventure come together, there's some great chemistry between them, reinforced by the atmosphere of danger and ill fate that's always seems imminent, and this works well for the arch of their father-daughter relationship, also making up for season one, where this relation came across as rather artificial. Both their adventures and dilemmas harmonize nicely, and the witcher's trail, though not always well exposed, brings people closer. 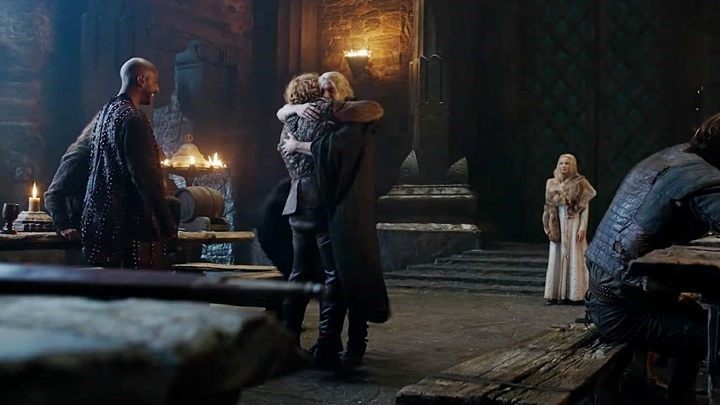 You can see there was a real push to make an adventure story that would combine a slightly camp and budget horror with fantasy. One in which Geralt and Ciri face the hardships of the trail: monsters, humans and magic. In which they learn from each other. In which a fairy-tale, tongue-in-cheek, sometimes slightly eerie atmosphere of penny novels occasionally comes to the fore. In which they try to comprehend Ciri's power and her Destiny, understand why all the forces of the world want this girl.

In these threads  though they deviate quite significantly from the original, especially in terms of dialogues  the series comes to life, becomes a genuinely pleasant, if somewhat crude experience . Sure, sometimes they go too far. The scene, in which Ciri takes the sword for the first time in Kaer Morhen, the witcher's lair, was only one song short of introducing a Disney set-piece like it was Frozen. Fortunately, despite these cheesier of the moments, the girl becomes a full-blooded character with a cool personality and interesting problems to overcome, who endures some really tough situations time after another. Ciri performed by Frei Allan maybe even more sympathetic than in the books.

What didn't go that wll, however, was the distortion and disambiguation of Nivellen's tale from A Grain of Truth short story, which was used as a stage of Geralt and Ciri's journey. This is another thread that became blunted by sloppy writing, which is even sadder when you realize that it was going really well until the very end. 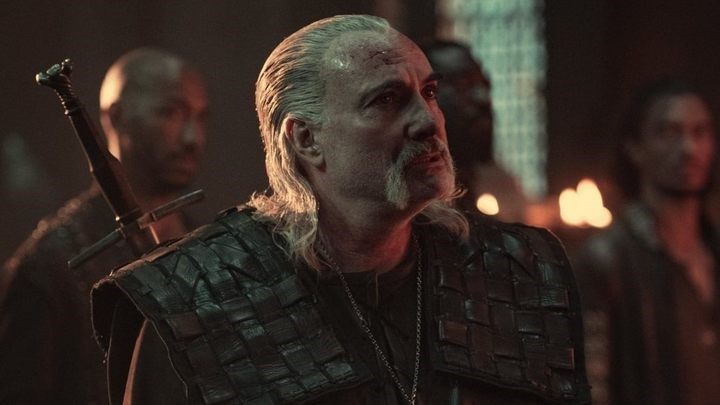 One could argue that the showrunner and the writers didn't have an easy task. After all, it's a story that, though it roughly follows the generic narrative ruts of "the chosen one," often turns in unexpected directions and treads on clichés as often as it employs them. The conflicts and stories tying the heroes together weren't obvious  they were brimming with understatements. Meanwhile, Netflix tried to turn it all into generic fantasy adventures, something the author of Save the Cat! could be proud of, but which doesn't seem to work in this case. Every hero has to lose something, then gain something, then rehearse a classic plot and face typical dilemmas (Yennefer is the perfcet example here, even though her story eventually becomes pretty captivating).

In fact, the writers do not always cope well even with this classic approach. Some potentially powerful scenes that were supposed to show us the characters' watershed moments were nullified by bad pacing, insufficient context in terms of broader story, lack of clear continuity, or even bad costumes and wrong moods. 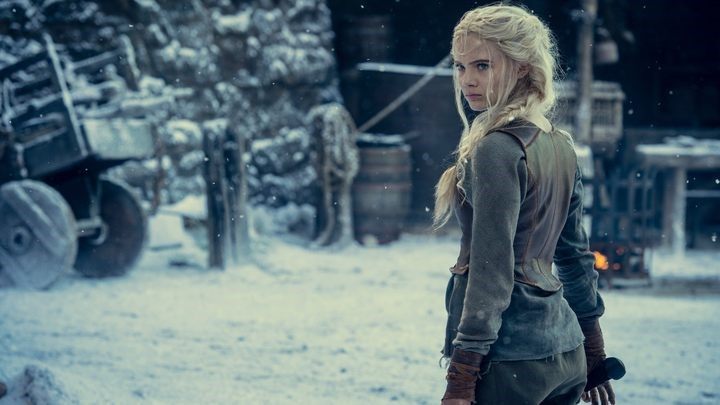 That's unfortunately true for the entire mystic layer of the adventure. Some shortcomings aside, the show in general brings a set of pleasant episodes that are more or less solid, have nice atmosphere, and aren't boring. It can be dark, funny, intense, and engaging, but not always logical. It generally has lots of that B-class charm. And this charm persists when the heroes sail out into more open waters, and when evil stretches out its claws for Ciri. Then it gets genuinely interesting. Which only proves that Hissrich has, but doesn't always deliver. It always seems that the creators are missing the big picture behind all the action. And speaking of big...