The name's Factorio. You may have heard of it. The most recent sales figure coming from the devs is 1.5 million copies. Not a bad result for an indie game created by a few dudes from the Czech Republic. Even better when you consider that the beginning of this game is terrible.

You start the game, and you're annoyed right away. The color palette is dull as dishwater, there's only desert around you, the only piece of equipment you carry is a pick axe, and eight metal plates. "What am I even supposed to do!?" 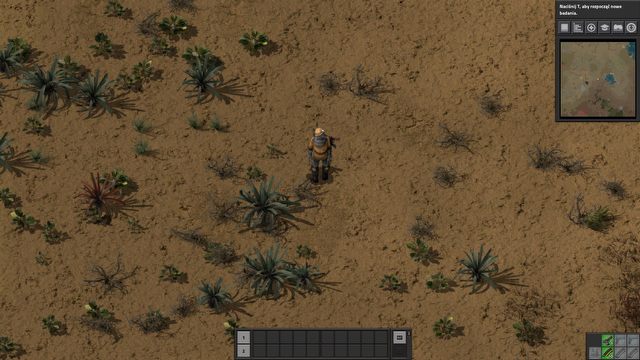 You start a game, look into your backpack and find the stove. What the hell do I need a stove for?

Pull your dukes up, boy. Build a furnace a dig some coal and iron (deposits are nearby). Newsflash: digging is boring  there are no interesting effects or minigames. Just stand there and press the button. You walk slowly, carry raw materials, wait, take steel plates, and then you realize that a game just can't look like this. Certainly not a game that was purchased by more than seventeen people, and that enjoys overwhelmingly positive reviews on Steam. Even if you build a drilling rig, it won't help a lot. In order for it to work, you need to dig up some coal and place it in the engine. The rig will drill a bit, spit out the soil right in front if it, and call it a day. Nightmare. Even if someone had never seen screenshots or gameplays; even if you didn't have the faintest clue what's going on here, they would think about one thing  automation.

At this point, we take a look in the inventory and find that crafting, which is often a gimmick in games, is probably pretty important here. You can make a box out of wood and put it next to the rig  now it drills continuously. There are some feeders, conveyors. Could I perhaps stop carrying the coal?

After about an hour of playing Factorio, you discover that, in principle, you're not doing anything. Coal and ore fall directly in the furnace (you already have several of these), the coal  through noodle-like like threads, winds around everything to power the internal-combustion drillers and feeders, and stacks of steel and copper plates land comfortably in crates. There's plenty of them. Crafting all that by hand would take... 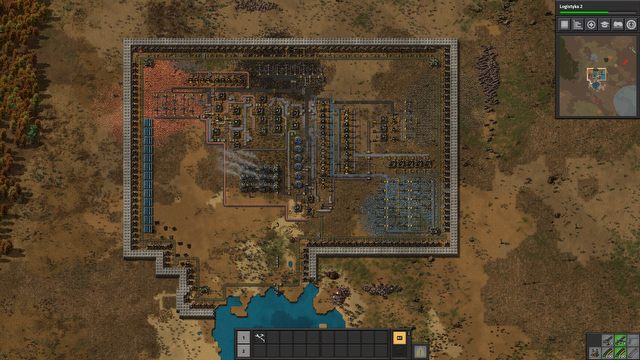 This is my second base at an early stage of the game. The first time the whole thing was much more spaghetti-like.

In your second playthrough, you should already have a power plant, and instead of playing with coal, you're playing with wires. It's still a mess, albeit a bit more elegant, because the wires don't take up space on the ground.

You can be proud of having created something that works without your intervention. You have set in motion a perpetual machine. A wonderful feeling  a bliss. Even the coal mine feeds coal itself. You were very proud when you figured out how to do that. All right, but what next?

For a moment, you feel good  like a programmer who'd ran a program that didn't crash. However, you immediately notice that you have a lot of raw materials. There's no money in Factorio, but that doesn't mean you can't have fun spending stuff. About now, we discover that the game has a rich technology tree. So, we build a lab, and... The research system is very simple. Each new technology requires the lab to consume a certain number of vials of a certain color. Basic technologies need red vials. They can be done in a backpack, i.e. through normal crafting, but we've already established this is about automation. 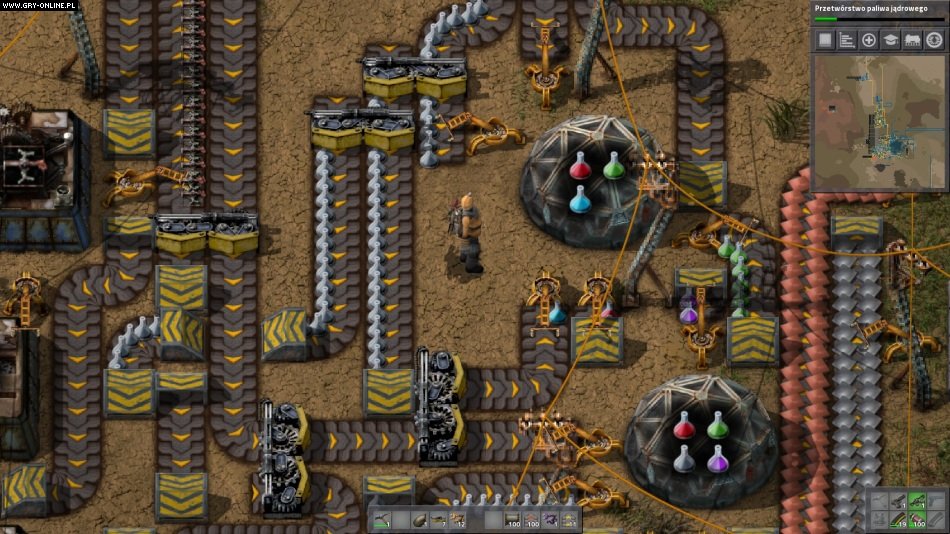 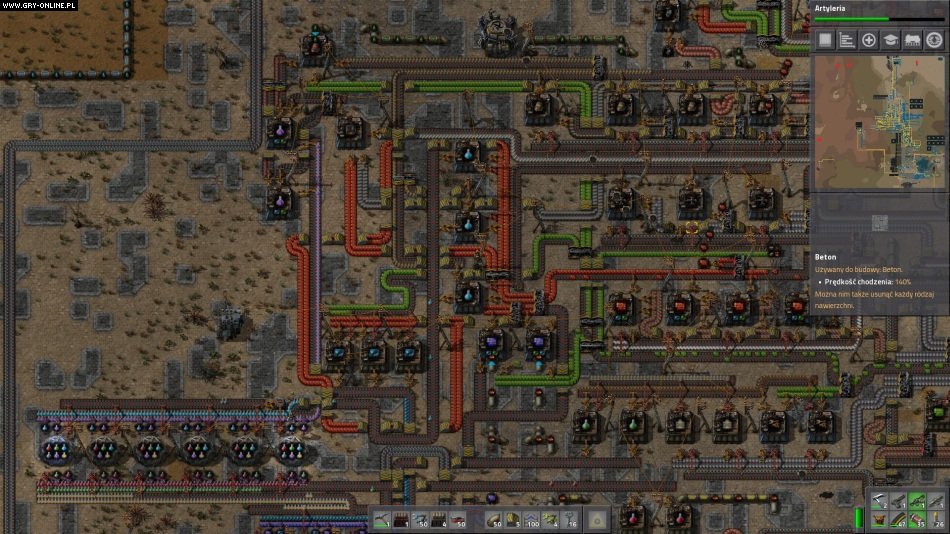 Look here  one of my first labs, absolutely complicated! And my latest one... well, still complicated, but there's progress.

So we build a small building that can combine two objects into a single, more complex one. We feed copper plates into it and... we build another one, which converts steel plates into gears. Great, our first assembly line! The vials end up in the lab, and we don't have to do anything  again. In blissful complacency, we watch our factory do everything for us.