What makes Watch Dogs Legion unique compared to earlier parts of the series is that theres no protagonist. Instead, developers allow players to take control of any neutral NPC. In order to do this, however, you have to complete a series of tasks, or meet some requirements.

Citizens obviously differ in gender, appearance and origin. Also, they have unique daytime patterns and relationships with other Londoners. By profiling a person using a smartphone, you learn about their identity and get information about their individual statistics, skills and perks. Then you can add such a character to your contacts, which allows you to see if their agenda is consistent with DedSecs; although many characters are willing to support our resistance already at the beginning, others (such as enemy soldiers) need to be persuaded with some special activities. 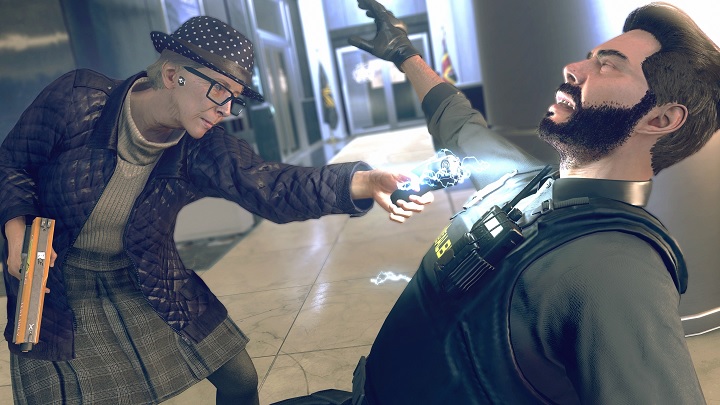 Developers allow players to take control of any neutral characters.

Once you have convinced an NPC to join your cause, you may allocate one of three specializations available to recruits: enforcer, who specializes in combat; infiltrator who prefers a more stealthy approach; or hacker, able to hack and modify computer systems. Its worth remembering that each of these professions has special skills  the enforcer is great at using mines, the hacker makes use of his spider-drone (which is used not only to infiltrate off-limits areas, but also to eliminate opponents), and the infiltrator uses optical camouflage, making him almost invisible to enemies.

You can switch between characters at any time  for example, you might need a character more suitable for completing a specific objective, or... simply use someone who's in the vicinity. This is also useful when your characters die  the game uses permadeath mechanics. After a hero dies, theres no way to resurrect him or her. This is all the more striking as the combat potential of DedSec members increases as they progress and advance  they gain new levels of experience, and you can unlock one of the four available perks every five such promotions.