I never expected too much from Watch dogs: Legion. The idea of giving up a concrete protagonist in favor of random characters recruited by the players on the street never bode well for the game, in my view. I thought it an intriguing concept, but also one that could curb the fun.

After all, until now, we simply played as versatile characters who could deal with problems in a variety of ways. Now, we suddenly become divided into narrow specializations – some more suited for brute force, others excellent hackers, others specializing in infiltration. Maybe some people will find it quite a distant association, but for me, it immediately brought negative memories associated with Mortal Kombat X, where versatile characters were also divided into different variations, which rendered them all seemingly incapable, taking away a lot of fun. I also had doubts about whether Ubisoft would be able to create an engaging story without a specific protagonist. 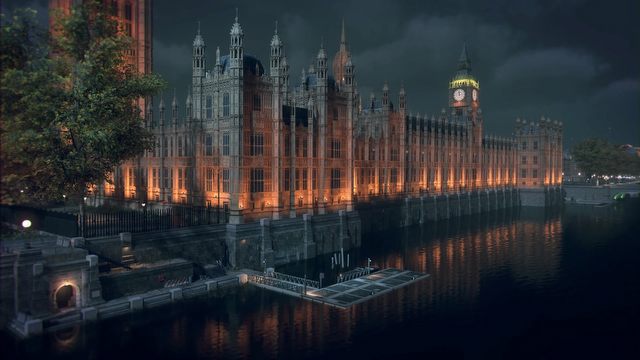 And while my concerns about the story turned out true, in terms of gameplay, the game managed to come out on top. The game was paradoxically saved by what Ubisoft is most often criticized for – its conservatism. Revolutionary on paper, the novelties in practice boil down to changing the rules of the game to a much lesser extent than I assumed, not so much turning the gameplay model upside down, as simply diversifying it. Watch Dogs: Legion is a properly executed, open-world action game. It satisfies all the rules typical of games from the French studio – with all the common advantages and drawbacks. If you like this style, you'll like this game as well. If not, the third encounter with Dedsec won't do anything to change your attitude. 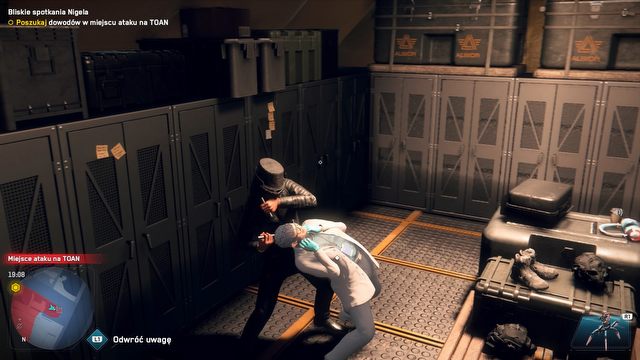 One of the characters has unique animations...

My name is Legion, for we are many

Despite making a grand promise, the gameplay in WD: Legion doesn't deviate from what we have become accustomed to in recent Ubi games. We're running around a pretty and well-crafted, futuristic city, we perform story missions and a whole range of side activities, with the chief objective being the liberation of neighborhoods and collecting a slew of more or less useful collectibles. This fortunately doesn't mean that the game doesn't stand out from the crowd with anything.

Recruiting subsequent members of our team may not introduce a new quality to the formula, but it does diversify them quite a bit. After a short story prologue, we get the opportunity to choose the first recruit from among a group of civilians. Although they differ from each other in appearance and perks, there are some minor nuances introduced to the latter – you may render one character more efficient in hand-to-hand combat, while making another person your designated driver, able to arrive at the scene anytime you need them.

Still, all the characters are more or less able to cope with any situation. Whether it's an old lady wearing metal-bands t-shirts, or a hipster, every single recruit is able to drive vehicles with equal skill, hack cameras, and take advantage of the urban environment, climb small buildings, fight off guards or use firearms. For the reasons I described in the introduction, I accepted such universality with a sigh of relief, even if it's not very realistic – thanks to this, no matter who we play as, the game doesn't become irksome with excessive restrictions. 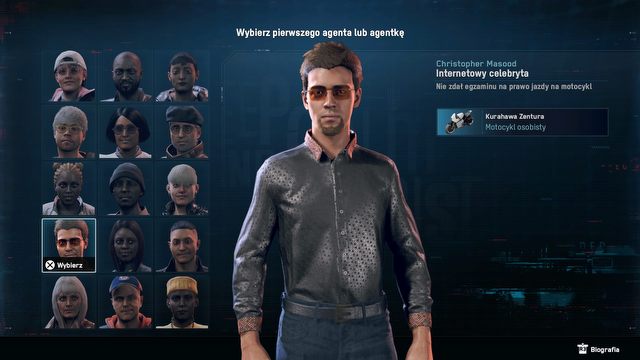 My first agent had a terribly annoying voice. 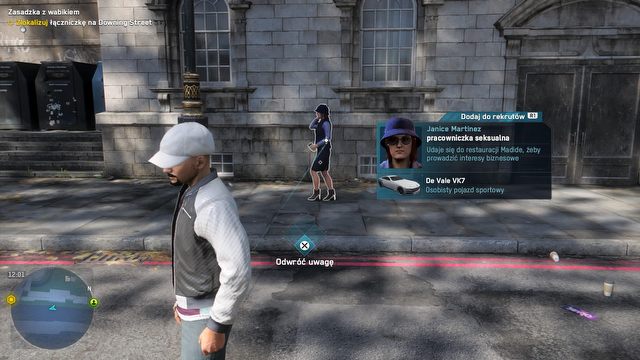 Professions practiced by potential recruits can be quite diverse.

If the initial pool of recruits brings similar skill sets, but over time, we can get more interesting agents with unique characteristics. Ubisoft has kept its promise and we are able to recruit almost anyone we encounter, even some of the enemies (although it requires the purchase of a suitable upgrade and a little more effort). The process is very simple – we find a suitable candidate and if we're interested, we add them to the roster. As long as he's sympathetic enough to our cause, we can make contact and perform a simple mission for them. Once we're done, we get a new agent. 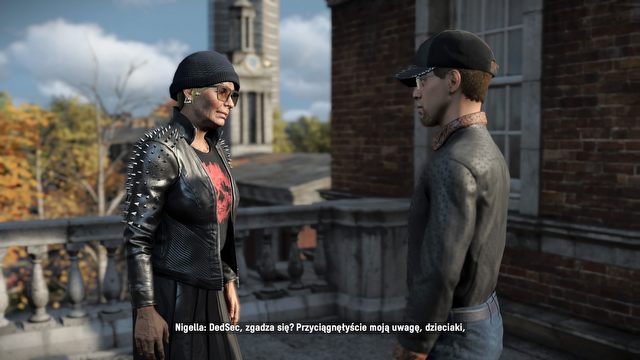 While most passers-by do not have special perks, every once in a while, we will encounter much more interesting individuals. How about a serial killer with an arsenal of handguns? Or better yet, a spy with a James Bond-worthy car with a hidden self-guided missile launcher and cloak? There's plenty to choose from. And since just running around the streets and profiling every passerby in the hope of hitting a prominent individual can quickly get boring and is highly random, we also get the best agents as reward for freeing up neighborhoods.

As I mentioned, we're able to complete every mission with any agent, but some recruits have perks that make the game more fun and encourage experimentation. This whole system is not a big revolution and doesn't change the way Watch Dogs: Legion works relative to other titles, but it does make the game a lot more fun. Ubisoft nicely balanced the diversity of individual characters with ability of each of them to ultimately cope with any situation. 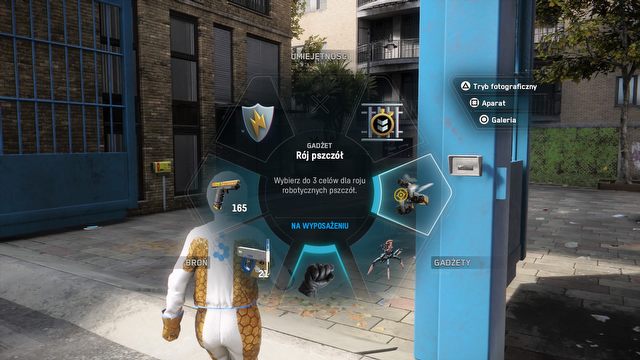 Some agents have very unusual abilities.

I deliberately focused on the impact of characters on gameplay because in terms of personality, they're as bland as it gets. They look different, have different movement animations and speak in quite different voices – for example, the previously mentioned hitman had a strong Russian accent and did not always correctly formulate sentences in English. But beyond that, they are all flat as pancakes, one-dimensional, with their nature coming down to "we have to save London because we do." No arguments, no reflections, no conflict of opinion, no private issues. They all think the same thoughts, believe the same ideas. It's difficult to establish a closer relationship with them and treat them in any way other than instrumental. 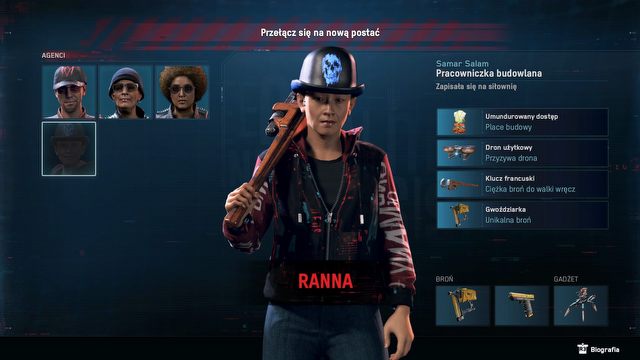 The characters can survive dire situations, but will stay in a hospital for a time.

Before starting the game proper, we must decide whether we want to play with permadeath, a feature that makes our character die permanently. You may change your mind during the game and turn it off, but you won't be able to turn it on if you don't opt in at the beginning. If you decide to play without permadeath, the only way to chane it will be by beginning the game anew.

I personally played with permanent death enabled, and I encourage you do that as well, as it truly enriches the experience. On "normal" difficulty level, the fun is relatively easy and without the thrill offered by permanent death, it can easily become quite mundane. Rather, we will always have a lot of agents in the ranks and reducing the size of the team to values that would threaten the mission is mostly impossible. Not every failure ends in death either – after a fall from a high altitude or getting beaten up, our agent may simply end up in hospital and be unavailable for a certain time. Finally, at critical points, such as boss fights, permadeath is temporarily disabled and the agent's death there only results in reloading the game. The real danger is thus not losing the game, but losing a particularly skilled character can be really painful, and finding a substitute may be hard. This function has a positive effect on immersion – when something goes wrong and we are unexpectedly detected, or discover we've misjudged the number of enemies, we can count on a solid shot of adrenaline that wouldn't be available without the feature of permanent death. 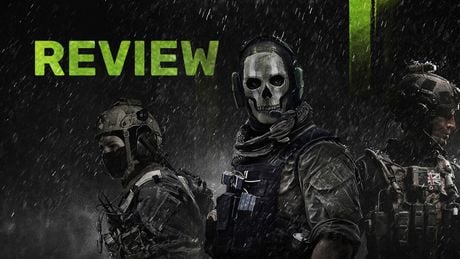 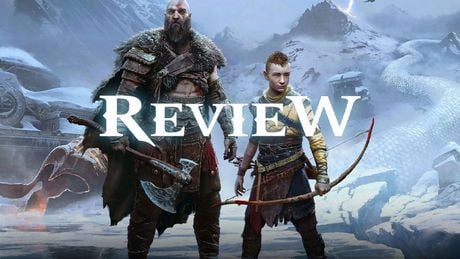 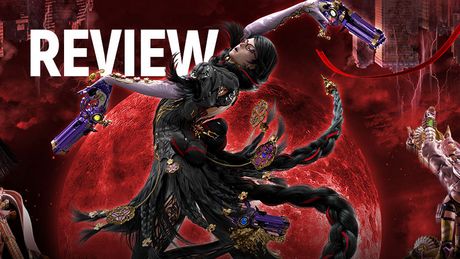