Although triple-As arent always my first pick, Im not unwilling to give them a try every once in a while  particularly the Japanese games and all their action-packed sub-genres. Therefore, the list of my favorite games includes The Witcher, Final Fantasy and the Kingdom Hearts series. However, these games often feature a concept, the existence of which I have never been able to fully comprehend; which seemed to me to be an antithesis of the genre Still, there are numerous examples of both old, cult-classic titles, and modern AAA games that utilize this solution  the autoscaling of the opponents levels.

The idea behind the notion of auto-scaling is simple. As our protagonist gains new levels of experience and becomes stronger throughout the game, his opponents are subject to the same degree of progress. The initial location with rats on the first level will be filled with a variety of rodents at level 50, who pose a grave threat to the battle-hardened, almighty hero youve been developing for the past 40 hours.

Such solution, if executed correctly, can maintain an equilibrium of the games difficulty level (which is defined and selected by developers): at any time during your walkthrough, the game will be neither too easy, nor too difficult  in other terms, it will always provide a similar level of satisfaction. There is also no need to grind laboriously  if the players whish, they can focus on the main story alone, without the need to complete any side activities in order to develop the character. Spending time on these is an individual decision. Thats all in terms of advantages. When it comes to the disadvantages.... Well, you shall see. 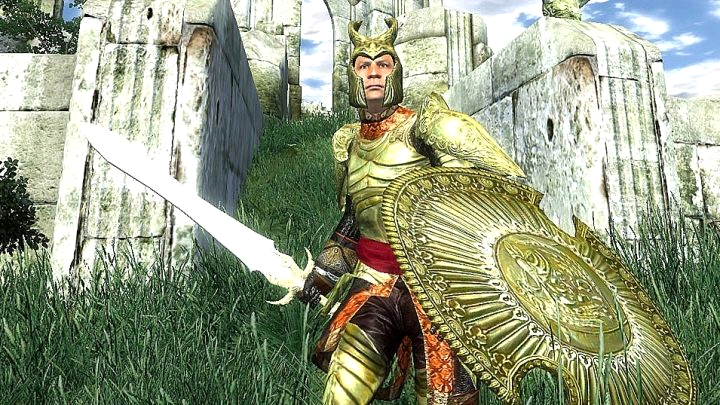 Let's begin with the fact that scaling means the whole gameworld is very egocentric (or playerocentric?)  meaning that all the other characters and creatures have to confirm to whatever progress the player has made. This can effectively destroy the immersion, particularly when the basement rat is a comparable threat to the red dragon found at the bottom of a volcano. The illusion of credibility of the world falls apart like soggy bread.

Same goes for looted items and goods, which are also scaled and upgraded accordingly  e.g. a Legendary Sword of Light in possession of a regular thug, who lurks in the dark pathway, doesnt seem very appropriate within the games universe. The Elder Scrolls IV: Oblivion, for example, had the same problem  the equipment of the opponents encountered in the wildersness would become absurdly powerful at a certain point of the game.

This, however, its just a trifle that can be waved off with minimal effort. Lets talk about something that defies a simple solution like this. We all know that the backbone of most RPGs is the character-development system. The protagonist levels up and becomes more powerful as the game progresses. This is where, I should argue, scaling completely diminishes the fundamental laws of role-playing, bringing with it far-reaching consequences. 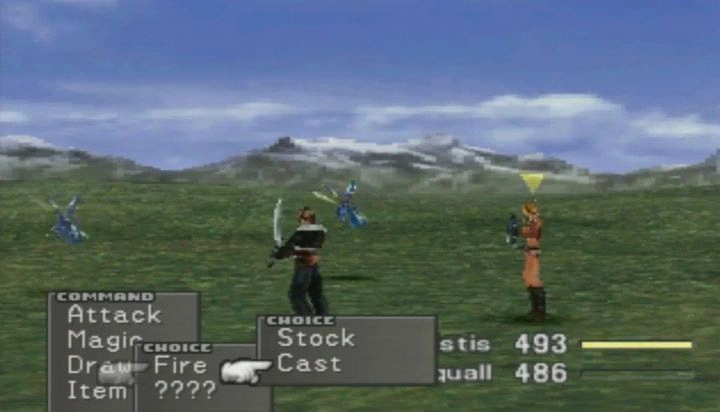 In a typical, non-scaled role-playing game, the return to locations youve visited hours ago and an encounter with the enemies who used to be an infallible challenge, but are now perishing with each swing of your +10 zweihander, perfectly illustrates the progress you have made and gives you a sense of power and satisfaction with the journey youve completed. After all, why are we putting so many hours into clearing levels full opponents? Its simple  to make our hero better and stronger. Its arguably a good thing if you can feel the difference between the beginning and the end of the game. If not, then why try at all? Otherwise, wouldnt it be enough to unlock some of the more exciting spells and skills instead, and forget about the progress altogether?

Now consider the other side of the spectrum  that is encountering enemies that are too powerful. This can also be desirable. In the Souls-like The Surge, players encountered at some point of the game a closed gate, guarded by two men. They werent aggressive towards the player, but once provoked, were proven to be formidable enemies. A natural thing to do would be coming back after advancing a few levels and taking care of the problem without a hitch. I opted for another solution, however, and have spent a good few hours trying to win that fight despite a tremendous difference of power. I finally managed  the prize was small, but the satisfaction was enormous.

Lets take a look at grinding  something that auto-scaling is liberating us from. Thats usually a mundane and time-consuming activity, which doesnt always have to be a bad thing. For example, when playing the abovementioned jRPGs I always enjoy the slower moments of the story, when Im able to freely roam the world and develop my character while listening to podcasts. One of the favorite ways of spending time during travels is taking my mobile console and slowly expanding the skillset of my characters. 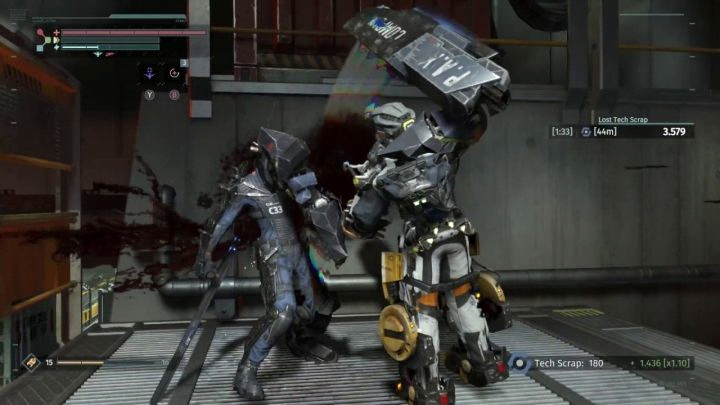 Unbalanced grinding can really spoil the fun, but if its done well, and the game features a good combat system on top of that, then the recipe for satisfying gameplay is pretty much ready. Just take a look at games such as Diablo, which are arguably pure, and unceasing, grind, the only purpose of which is being able to take on even stronger enemies.

Another important issue to consider is whether games with scaled enemies can actually be called role-plays. Levels of experience  one of the fundamental elements defining the genre  become somewhat obsolete. The focus of the gameplay shifts to mechanical difficulty of combat, which is more characteristic for action games than RPGs. Defining what is and what is not RPG is a different matter altogether, and it often happens that games which include traditional levels are not actually considered role-playing titles  the latest example would be Horizon Zero Dawn, and the heated debates, in which people argued about how much of an RPG that game really was.

Of course, the absence of scaling can also give you a headache from time to time. I remember when I was playing Final Fantasy VII, I overestimated the power of my character and went to the last location of the game too early. That itself wasnt a huge problem  the thing was that, using a single save slot, I was unable to get back to an earlier moment in the game, which forced me to grind on enemies that were almost out of my reach, level-wise. I had to spend many hours to finally get my character to the point, where I was able to comfortably fight these enemies. 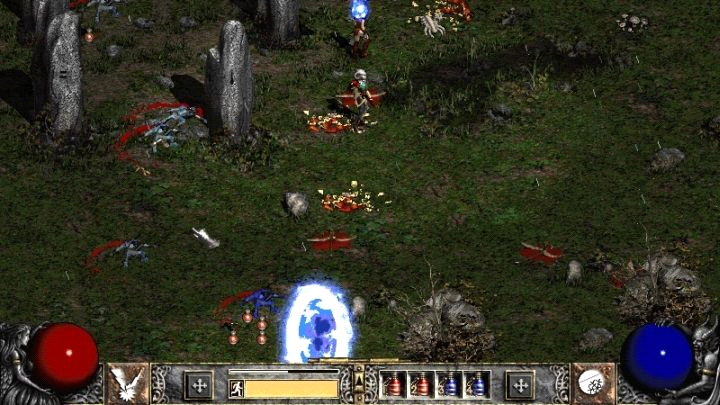 On the other hand, developing my team in Final Fantasy VIII was fun until I realized the monsters that I was fighting at the beginning are still as difficult to beat as they were, despite all the progress. At this point, I lost all interest in learning the intricacies of the combat system, which was otherwise pretty awesome. Instead, I decided to just follow the main plot, which severely shortened the time I needed to finish the game. Scaling really damaged the game, in my opinion. I still think it was the best installment in the FF series, but thats only due to the world creation and the story. In terms of gameplay, I preferred the couple of difficult, self-inflicted hours in the VII, than the empty victories in the VIII.

I know there are many people, who share my opinion concerning the auto-scaling in RPGs. Why is it, then, that the developers sometimes opt for that solution? Maybe it allows them to save time  scaling allows you to forget about things such as balancing different elements of combat, especially in more linear games. Perhaps theres more to it. Whats your opinion, though? Do you think grinding is better, or would you rather have all them enemies scaled to your own level? Are RPGs that feature scaling still RPGs?