Diablo for PC and StOS is the first installment of the famous series that is considered to be a classic of the action RPG genre. It was developed by a team at Blizzard North, and its lead designers were Erich Schaefer, David Brevik, Max Schaefer, Eric Sexton, and Ken Williams.

The action of Diablo is set in a fantasy world called Sanctuary. The plot tells the story of the fight against the eponymous Lord of Terror who tries to break free from his prison  a magical stone. The demon managed to penetrate into the mind of archbishop Lazarus, the right hand of the kingdom of Khanduras ruler. Next, it possessed king Leoric and molded an army of terrifying creatures from the nightmares of his firstborn son. These monsters lurk around the town of Tristram and the undergrounds underneath it. Disregarding the danger, prince Aidan sets out to face the forces of evil and defeat Diablo.

The hero created by the player can be a warrior, a mage, or a rogue. Those classes are different not only in terms of their appearance but also their psycho-physical predispositions, skills, and combat tactics. The choice is also meaningful in the finale.

The gameplay in Diablo for PC and StOS is based on RPGs (for example, experience points) and action games. Combat is played in real time. Characters are controlled with the use of a point n click interface. Therefore, performing a given task  for instance attacking a target or picking up an item  requires the player to click an adequate spot with the mouse cursor (a solution known from Ultima VIII, among other titles).

Most of the events in Diablo take place in the town of Tristram or its surroundings. In total, there are 16 primary and several secondary locations to visit in the game. However, many elements of the environment are randomly generated, which ensures that each playthrough is unique. As in any RPG, during their adventures, the heroes can meet NPCs, obtain new weapons and armor, and fight hundreds of monsters.

Apart from the single player campaign, the game also offers a multiplayer mode for a maximum of 4 players via LAN or the Internet.

Diablo for PC and StOS has a very grim visual style. The graphics, although two-dimensional, present the world in an isometric view, which creates an impression of three-dimensionality. The excellent soundtrack, composed by Matt Uelmen, deserves a special praise. 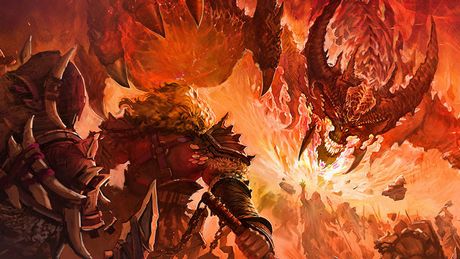 Blizzard is celebrating Diablos 20th anniversary in all their games

In order to celebrate the 20th anniversary of the Diablo franchise, Blizzard Entertainment prepared several special events in all their key games.

The first installment of the iconic Diablo franchise is back in sale, years after its original release. The game is available on GOG.com. Other Blizzard titles are to follow suit.

On this day, 20 years ago, Diablo II was released. The anniversary of the iconic hack'n'slash from Blizzard Entertainment was noted, among others, by director David Brevik.