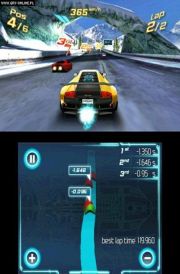 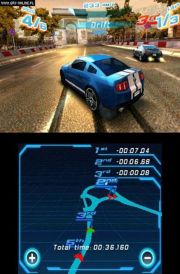 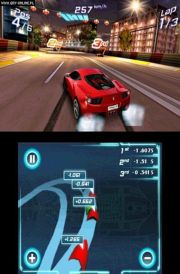 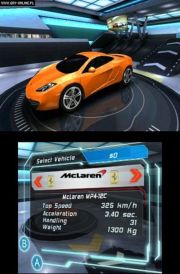 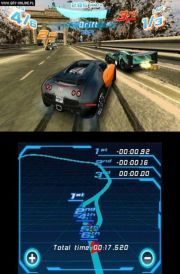 Asphalt 3D is a game developed by Gameloft company, who specialize in mobile platform releases. The game is based on the sixth installment of the racing series highly esteemed among iPhone users. The game was published by Ubisoft (Western markets) and Konami (Japan).

Generally, this is a racing game with arcade driving model. Races take place in 17 locations, including the streets of Berlin, Tokyo, Rio de Janeiro, and Cape Town. Routes abound in all kinds of jumps and shortcuts, which makes the competition against AI or living opponents truly spectacular.

Asphalt 3D players can drive more than 40 vehicles. These are mainly luxurious brands, such as Ferrari, Lamborghini, and Aston Martin, but there are also two-wheelers, for example Ducati. Each vehicle model was recreated with attention to detail when it comes to appearance, but also in terms of their standard technical parameters (maximum speed, acceleration, etc.).

The game offers a variety of gameplay modes in both single and multiplayer. In addition to standard race, you can take part in, e.g. a road duel, pursuit, drift, time challenge, and so-called cash attack. As you progress in the game, you can tune up your machines, and also unlock new tracks and vehicles.

The multiplayer mode allows 6 players to play together via local network using the console's built-in WI-FI connectivity. Moreover, Asphalt 3D has support for StreetPass technology, making it possible e.g. to create joint ranks of nearby players.

The game has polished audiovisuals and uses a number of Nintendo 3DS features, including a 3D display and speed-o-meter.