Bloodborne for PS4 is a classical action RPG by the Japanese From Software. The title is an original production of Hidetaki Miyazaki, the creator of the legendary Demons Souls and the Dark Souls series. According to the developers, Bloodborne is to be treated as a spiritual successor of the Dark Souls series, as well as previous and lesser-known games by From Software such as Kings Field that came out for PlayStation and PlayStation 2. The title was developed with close cooperation with Sony Computer Entertainment.

Contrary to the previous games by the Japanese developer that took place in quasi-medieval settings, Bloodborne takes us to a 19th-century Victorian dark fantasy world. The action takes place in a depressing and grim city of Yharnam. The citizens of this unfriendly metropolis are struck with a mysterious plague that transforms people into crazed and terrifying beats. The city is full of hidden paths, shortcuts, and blind alleys that may turn out to be a grave danger. In the game, the players will discover mysteries of Yharnam, trying to find out who or what is responsible for the plague.

The gameplay of Bloodborne will seem familiar to all fans of the Souls series. The game is a third-person action RPG with a challenging combat system and high overall difficulty level. The decision to take the action to a large city, and the 19th-century setting opened completely new possibilities before the developers and allowed them to introduce innovative solutions into the gameplay mechanics.

Starting out, we create our character from scratch. The hero has two kinds of weapons, each held in one hand, at their disposal. In the left hand, we hold firearms - their significant firepower is balanced by a long reload time. In the right hand, we wield a melee weapon such as a huge cleaver resembling a saw that can be used in various ways. Since the protagonist does not have a shield, our primary defenses are parries, dodges, and quick counterattacks.

Bloodborne is powered by a new engine adapted to work under PS4. Thanks to the considerable power of consoles, the developers were able to implement high-quality visual effects, enhance the simulation of object physics, as well as increase the size of the game world. Bloodborne for PS4 offers screen resolution of 1080p and runs at 30 frames-per-second.

This Bloodborne guide will contain the walkthrough over the main single player campaign and the description of all the side quests as well. We didn't forget about boss tactics and video guide! 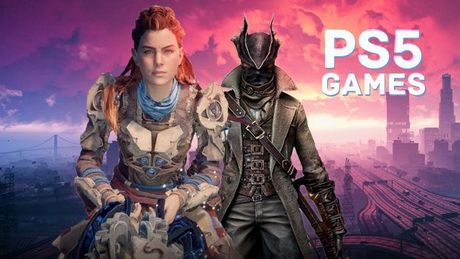 Hidetaka Miyazaki, CEO of the FromSoftware team, commented on the potential continuation of Bloodborne. As it turns out, it is not up to him to decide whether or not such a thing will ever come into being.

An unofficial information appeared on ResetEra, according to which From Software is currently working on several projects, but none of them is the second installment of Bloodborne. The user behind this leak is also the source of some information about Elden Ring, the latest announced production of the Japanese studio.

Rumor Suggests Bloodborne May be Coming to PC

There's a rumor on the ResetEra forum, suggesting that Bloodborne - the hit action RPG currently available only on PS4 - may also hit PCs. That said, the information has not been officially confirmed, and its source is questionable.

Bloodborn on PC: Additional Clues Emerge on the Web

Subsequent sources have suggested on Twitter that a PC edition of Bloodborne is being developed. The game would be a port of the remaster prepared for PS5.