After Dark is the first major expansion for Cities: Skylines, an economic strategy game focused on city building. Just like the original game, the add-on was developed by Colossal Order and published by Paradox Interactive.

The most important novelty of the DLC is the introduction of daily cycle, although this feature is not exclusive to the owners of the expansion as it was released as part of an update for the original game. Obviously, the day-night cycle is more than a visual gimmick  the citizens behave differently at night, the traffic decreases and so on.

Apart from that, the expansion offers numerous buildings and features that are exclusive to night-life. Furthermore, commercial zones can now be set to several new specializations, including beach, provided of course that they are located on the coast, or recreational, especially active when the moon is high and bright. In addition, new facilities and objects: prisons, taxis, international airports (significantly bigger than those built up to now) and bicycle paths, among other things, are available.

As far as the visuals are concerned, After Dark doesn't introduce any enhancements - the game constantly offers good visual quality and can be launched even on moderately powerful machines. 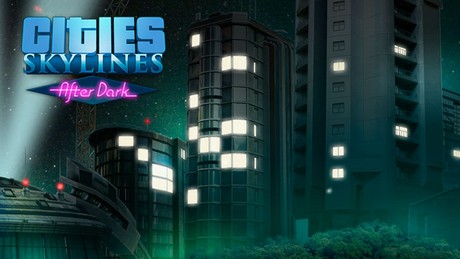 Cities: Skylines expansion review  what mayors do After Dark?

Strange things happen in the course of a citys nightlife  the same is true when playing After Dark, the first big expansion for the popular city-builder Cities: Skylines.

Cities: Skylines - After Dark is coming out on 24 September for PC (Windows, Linux) and Mac. The expansion will be digitally distributed for $14.99.