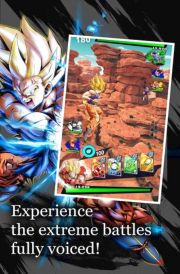 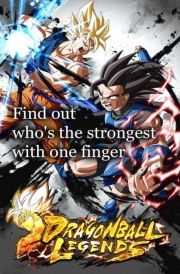 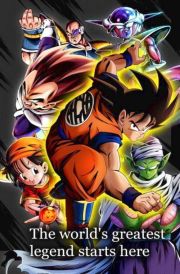 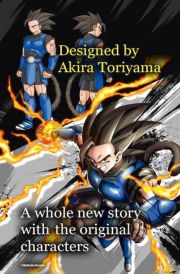 In the single-player campaign. one assumes the role of an entirely new character created by the author of the original manga – Akira Toriyama. The story featured in the game constitutes an entirely new chapter in the Dragon Ball saga.

Dragon Ball Legends allows the players to control characters known from the manga as well as anime and fight people all over the world – it is worth mentioning that one can control four heroes at a time, between which he or she can easily switch during a battle.

The game delivers simple and intuitive controls – all you need is one finger. In order to attack, simply tap any area of the screen. When moving, swipe the screen in the direction you want – when performed at the right moment, this results in a successful dodge. Special techniques can be implemented by tapping cards located at the bottom of the screen. After a special ability is used, it is instantly replaced with a new card. One has to remember that in order to perform the aforementioned manoeuvres, he or she requires the KI energy – it can be generated by holding a finger at the right spot. Cards can be divided into different categories (including melee attacks, ranged attacks, special attacks, and ultimate attacks) adding a tactical depth to the game. Players can acquire more cards as they progress. Occasionally, there also are QTE sequences – it happens when both fighters attack at the same time.

The last important element of the game includes the so-called Rising Rush techniques – incredibly powerful attacks with special animated sequences. Players can activate them during battles by selecting particular cards after they load. The opponent has a similar option, and if he activates this technique at the same moment as the player he manages to survive with a small portion of life points. Otherwise, the player wins. No matter what the result is, after activating a Rising Rush technique, the player loses all remaining cards.

Dragon Ball Legends features both an extensive single-player campaign and a full-fledged PvP mode, in which one can fight players from all over the world.

Dragon Ball Legends stands out in terms of its beautiful 3D visuals, designed to resemble the anime source material. Both the characters and arenas faithfully translate the atmosphere of manga and anime originals, while the battles are perfectly animated and very spectacular.