Development of the game Mortal Kombat X have been suspended and will not be continued.

Mortal Kombat X for PC, PS4 and etc. is a tenth entry in the classic series of brutal fighting games that exist since 1992, as well as a second game of the franchise by NetherRealm studio. In other words, we received a continuation of a very good Mortal Kombat from 2011.

Obviously, the basis of the gameplay remained unchanged. Two fighters  chosen from the vast pool of characters, including such icons as Raiden, Scorpion or Sub-Zero  meet on an arena and proceed to a bloodbath duel to death, often ending with a spectacular and brutal fatality. You can play in both singleplayer or multiplayer modes. In case of the former, duels take place within a campaign, telling a story that is pretty rich for a fighting game.

There are also some innovations in the tenth Mortal Kombat, compared to its predecessors. Some of them stem out from the fact that the events in the game take place as much as twenty five years after the end of the previous one. Hence, some warriors are absent - replaced by new characters like Cassie Cage, daughter of Johnny and Sonia, or Kotal Kahn, based on Aztecs deities. Whats more, each fighter is available in few variations, differing from each other with style, available attacks and used tactics. There are previously unseen arenas as well. Moreover, online options have been expanded  players can duel as a part of global fight for domination, during which state and image of the world change constantly with each face-off. Also, some previously unavailable forms of fights are present.

Mortal Kombat X clearly looks better than its predecessor. This is mainly due to a fact that the game has been published for eighth generation of consoles as well (Xbox One and PlayStation 4).

This guide for Mortal Kombat X describes the key functions of the game and it will help you get familiar with the basics. The first chapter of this guide consists of a glossary, which will prove helpful, while learning terminology in the game. 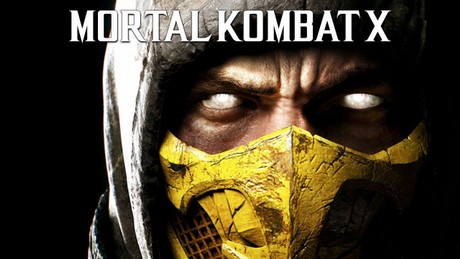 Mortal Kombat X Hands On: Fighting Game of Next Generation

NetherRealm is back with tenth installment in brutal Mortal Kombat series. We checked the game on recent press event and it certainly shapes up to be worthy of next generation.

Mortal Kombat XL will get a PC version

It appears the PC fans of Mortal Kombat have finally been heard. Creative Director at NetherRealm Studios has teased Mortal Kombat XL coming to PC.

Warner Bros. have announced the PC release date of Mortal Kombat XL. The expanded edition of the brutal brawler is coming to personal computers on October 4, 2016.