A continuation of the 2002 RPG, created based on the license of the cult-classic manga from Akira Toriyama. The studio responsible for the title is Webfoot, seasoned developer of Dragon Ball’s video game adaptations. The plot continues the story initiated in the first installment, focusing on an imminent end of the world, heralded by Trunks - a visitor from the future.

A two-dimensional RPG created by Webfoot studio, based on the cult-classic manga by Akira Toriyama. The player assumes the role of Goku, an undefeated fighter, and re-lives the events seen in the animated series. We begin our journey battling Raditz, and then visit the nether world on the King Kai’s planet. The next stops include encounters with Nappa and Vegeta, and duel with Freezer on Namek. In all, we visit sixteen different locations, completing various main and side quests.

Another installment of fighting game series created by Dimps Corporation, based on the license of a cult-classic manga created by Akira Toriyama. The players can assume the role of the most popular characters from the series, re-living the greatest events that took place in Dragon Ball Z and Dragon Ball GT series. While taking part in spectacular duels, we make use of not only advanced melee skills, but also of a wide range of special attacks, drawing from Ki power.

A role-playing game and the final installment in the trilogy, the other parts of which are Dragon Ball Z: The Legacy of Goku and Dragon Ball Z: The Legacy of Goku II, developed by Webfoot. The story begins where its predecessor's plot ended — Goku returns to Earth to face his last and most powerful enemy, Majin Buu. However, before the final duel, the protagonist and his allies (including e.g. 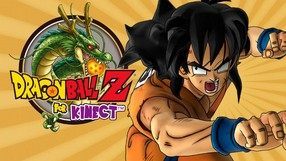 A first-person action game developed by Spike with Xbox 360 and the Kinect motion controller in mind. The players are taken to a fantasy world created by Akira Toriyama where they have to face fighters from the Dragon Ball Z animated series. There are over 50 famous heroes at our disposal as well as an advanced creator that lets us design our own warrior.

A fighting game developed by Bandai Namco. The action is set in the Dragon Ball universe created by Akira Toriyama. For the first time in the history of the franchise, the players can take part in two-member team (the eponymous Tag Team) fights. It applies to both multiplayer, where up to four fighters can compete, and the story campaign for solo players (in this case, the opposing team is controlled by the AI).

A classic role-playing game by Monolith Software, supervised by Bandai Namco. The game is based on the popular manga series by Akira Toriyama. The story of Dragon Ball Z: Attack of the Saiyans takes place between the famous martial arts tournament, in which Goku and Piccolo participated, and the Saiyan invasion of Earth. The plot is divided into 15 chapters, in which you have to complete over 80 varied quests. The game features a range of characters from the animated original (e.g.

A production developed by Spike, based on the cult manga by Akira Toriyama. It is a classic fighting game in which the events from the Dragon Ball animated series serve as the story background for subsequent duels. In Dragon Ball: Raging Blast 2, more then 90 fighters are at players’ disposal, including 20 completely new ones. Heroes are different in terms available attacks and special abilities — the most notable one being the Kamehameha. Fights take place on varied arenas.

Another fighting game based on the cult manga by Akira Toriyama, developed by Dimps Corporation. The players get to experience the events known from the original animated series, up to the fight with Cell. Subsequent storylines are presented in the form of film cut-scenes shown between duels. There is a rich set of characters at our disposal — including such characters as Goku, Raditz, Yamcha, Krillin, and the androids.

A battle game set in Akira Toriyama’s universe of Dragon Ball, developed by Arc System Works team. Players can choose from many varied game modes, starting from story campaign, through special challenges, and ending on skirmishes, 1 on 1 or in teams. There's more than a hundred warriors from anime series and movies, including the most iconic ones like Goku, Vegeta or Cell and minor characters like Guldo, Videl or Nappa.