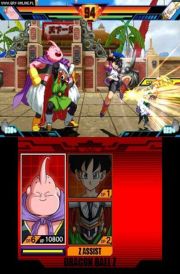 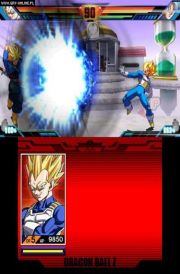 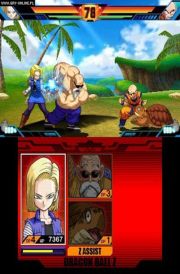 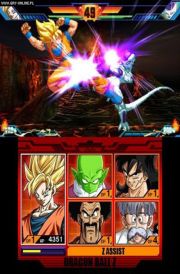 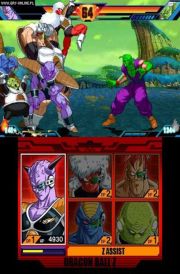 Dragon Ball Z: Extreme Butouden is the next installment of the series of fighters embedded in the Dragon Ball universe. Designed for the 3DS console is the first part of the cycle dedicated to this platform and at the same time the return of the brand after a four-year break. Like most titles of this genre, it represents the battlefield in a two-dimensional perspective. Arc System Works studio is responsible for production.

Players have at their disposal over 100 warriors known from the series and Dragon Ball films - we play not only in such popular characters as Goku, Vegeta, Cell or Piccolo, but also less known characters like Guldo, Videl or even Nappa. It is worth bearing in mind that almost every fighter also has at least one alternative form, often referred to as Super Saiyan. The transformation allows the character to use other blows, the repertoire of available combo and finishers also changes. Duels are either in one-on-one format, where knowledge of a given warrior and individual skills is the most important factor, or in team configuration, where several heroses, divided into two teams, stand in front of each other at the same time.

All fights take place on specially designed boards, which not only look unique, but also allow for active use of the advantage given by the environment - e.g. jumping on a nearby raise gives the player a tactical advantage and makes it easier to squeeze projectiles in an opponent pushed down in this way. Some of the arenas are available for all modes, while some of them appear only during the fictional game, divided into different episodes.

Dragon Ball Z: Extreme Butouden offers simple, yet impressive graphics. Thanks to the capabilities of the Nintendo 3DS console and the three-dimensional image it produces, all the blows and special sequences are extremely similar to what can be seen in a TV series. It is the same in every available form - all of them have been designed with great attention to detail.