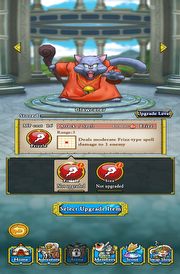 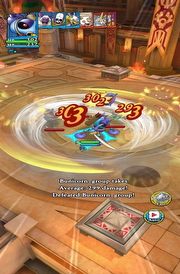 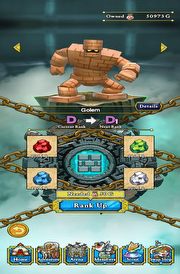 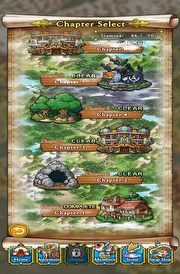 Dragon Quest Tact is a mobile spin-off of the popular Dragon Quest RPG series published by Square Enix. The game was developed by the Japanese studio Aiming, which specialises in creating games for Android and iOS devices. However, the development of the game was led by Yuji Hori himself, the father of Dragon Quest.

Dragon Quest Tact takes players to the fantastic land of Orchesterra, which long ago was in danger of extinction. It was prevented only by the intervention of a hero, who at the head of monsters loyal to him defeated and sealed the dark ruler. But now, after centuries of peace and prosperity, evil powers are once again gaining strength, and Orchesterra needs another hero to face the returning threat.

Dragon Quest Tact is a rather unusual variation of the mobile jRPG genre. As in typical representatives of the genre, in the game we create a team, and then take part in tactical, turn-based battles (with battlefields divided into squares). However, neither the hero nor any human character takes part in the fight. Instead, we control five selected monsters, including mobs known from the main installments of the Dragon Quest series. We observe their actions from top-down view, commanding them to move and attack enemies.

The potential of monsters is influenced by several factors. Each "hero" is described by a family (dragons or jellies, for example), a handful of statistics (including life points and magic energy), a rank describing how rare they are, and a combat type. Creatures also have different abilities and resistances and can use a variety of equipment. All this can be developed in different ways. Getting additional copies of a given monster will allow us to strengthen it, and raising its rank will increase the maximum level of experience (gained by winning fights). The game also allows us to use special crystals to "awaken" the monster, which unlocks its special abilities.

Dragon Quest Tact focuses only on single-player gameplay, i.e. battles against monsters controlled by artificial intelligence. In addition to the story mode and limited events, we can practice our skills in the training quests, or get to know the weakest monsters more closely within (and gain valuable equipment in the process) in the Battle Road mode.

Dragon Quest Tact uses 3D graphics almost directly taken from Dragon Age XI: Echoes of an Elusive Age. At the same time, the characteristic style of the series, which is the work of Akira Toriyama - the legendary Japanese cartoonist and creator of the cult manga Dragon Ball - was maintained. Of course, the graphics have been adapted for mobile devices, just like the control system. The developers from the Aiming studio were also supported by composer Koichi Sugiyama, accompanying the Dragon Quest series since the first installment in 1987. In the game we can also listen to many tracks and sound effects used in other parts of the series.

Like most of the free-to-play mobile games, Dragon Quest Tact offers a micropayment system. With money we can renew the condition points (required for most tasks), get new equipment or - in accordance with the convention of gacha games - buy additional lotteries (called here summonings) of a new monster (although we also get them at the end of the mission). With gems (which act as a premium currency here) you can also activate a monthly subscription, which gives you small bonuses.