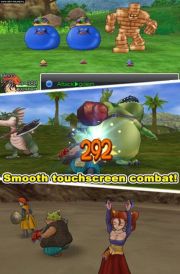 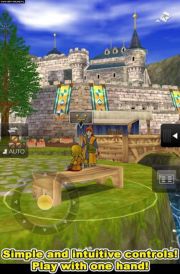 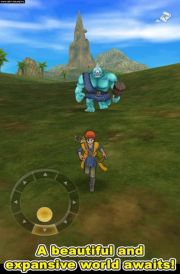 Dragon Quest VIII: Journey of the Cursed King for PS2 and 3DS is another installment in the RPG series which are also known as Dragon Warrior and have been in development since the mid-80s. Those games were so popular in Japan that selling them during the weekdays became prohibited to stop them from drawing people away from their work. This game is the first installment of the saga to be dedicated to Sony PlayStation 2.

The dreadful Dhoulmagus managed to free hellish powers and cast a curse on the king as well as to turn the princess into a horse. The only person who can prevent an imminent disaster is, obviously, the player, who commands a party of adventurers (the warlike Yangus, adorable Jessica, and even the vicious ruler by the name of Trode himself, among others). The appearance of the virtual people was designed by the famous Akira Toriyama, who is primarily known thanks to his work on the Dragon Ball franchise. Naturally, over time, the characters gain new abilities, increase their strength and agility, collect various items, and so on.

While exploring the fantasy game world, we will encounter friendly NPCs (with whom we can talk, trade, etc.), but most of the time, we run into various hostile monsters. We use a number of more or less conventional forms of attack and defense to fight them. Therefore, we fight with typical medieval weaponry (swords, bows, etc.) as well as powerful magic. The combat system is turn-based.

Visually, Dragon Quest VIII for PS2 and 3DS bears some resemblance to Dark Cloud 2 (AKA Dark Chronicle), the reason simply being the fact that the same team is responsible for both games. The game world and the characters are three-dimensional and made with the use of the cel-shading technology. Thanks to this, the title’s graphics bring animated movies to mind, making it more attractive to the player.