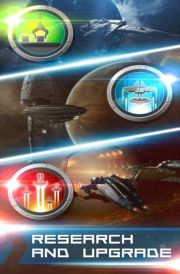 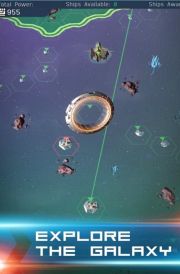 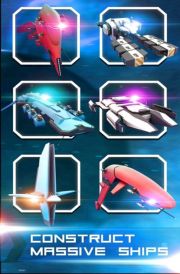 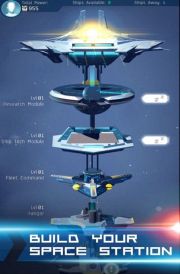 EVE: War of Ascension (formerly known as Project Aurora) is a complex strategy MMORPG title set in the universe of space online game EVE Online  the flag title of Crowd Control Productions studio (CCP in short). It was developed for mobile devices by PlayRaven team, which made designed it as a free-to-play game with optional microtransactions.

EVE: War of Ascension lets us take part in the wide-scale space race between powerful corporations competing for the most profitable regions of the universe. As soon we start playing, we must decide which faction we will side with, though we can also decide to become a freelancer or a mercenary and think only of our own gains.

The game resembles typical MMO strategies available on mobile devices. Its key element is developing our own space station with constantly gathered resources (mainly space crystals, ores and a gas). This lets us increase both offensive and defensive capabilities of our unit, but also we can build a fleet and progress with researches on new technologies which might be crucial for the entire corporation. Thats because while playing by yourself is possible, rivaling factions are the most important part of EVE: War of Ascension, consisting of cooperating players. Playing together is made possible thanks to a inclusion of built-in text chat, which allows defining and sharing political objectives and polishing general strategy.

Another important feature comes with an exploration of a universe, presented on a huge interactive map made of hexes. On it we search for resources, organize their extraction and spy opposing regions to find e.g. rich deposits of crystals. Additionally, as we reach a certain development level for our fleet, we are obliged to assault and conquest new territories. Such interactions are instantly noted by the game, with an assaulted side receiving a notification of an attack so it has time to react and protect their domain.

As far as technical side goes, EVE: War of Ascensions does not surprise  simple menus and simply-shaped units make its visuals only acceptable. However, it should be noted that an interactive map of a universe is transparent and simple to use, which is a crucial feature in a strategy game. The game has an original soundtrack in typically futuristic tone.