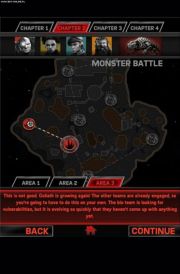 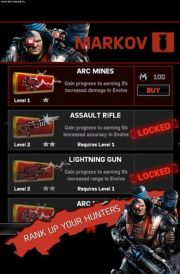 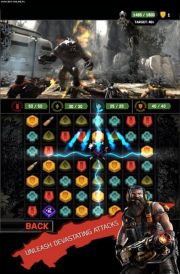 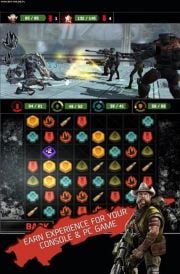 Evolve: Hunters Quest, released on AND, WP and iOS, is a puzzle game that is a spin-off of Evolve, a shooter released on consoles and PC. The title is available in a free-to-play model with microtransactions and was developed by an internal development studio of 2K Games.

Evolve: Hunters Quest is a representative of a popular genre of match-3 logic games enriched with combat elements. The player takes command of a small group of futuristic hunters hunting beasts feeding on a foreign planet. The fight takes place on a screen covered with a grid of 56 fields. Our task is to create combinations of at least three symbols of the same type.

At the same time, the top of the screen is occupied by a window that displays a 3D view of the battlefield. The game also features an RPG system, in which we accumulate experience points, used to advance hunters to the next levels, providing access to increasingly powerful skills.

The campaign in Evolve: Hunters Quest consists of more than a hundred levels.

An additional attraction of Evolve: Hunters Quest is the ability to integrate the game with the console and PC version of Evolve. As a result, successes on touchscreens provide a lot of useful facilitations and bonus experience points.